Rona Ambrose, and the Con War on the Sick 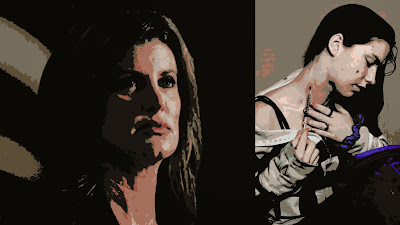 Well I see it didn't take long for the new/nouveau Con Health Minister Rona Ambrose to show her true colours.

Health Minister Rona Ambrose is slamming her own department's decision to provide heroin to certain addicts under a special access program and insisting it won't be allowed to happen again.

By suggesting that doctors are acting like drug dealers.

Showing her appalling ignorance by claiming the small group of desperately addicted people who would be treated this way should be given methadone. When the reason they're being given heroin is because methadone has FAILED.

Thus living up to her stirling reputation...

While playing cheap politics with the lives of others.

Or just another ghastly Con who would put foul ideology before the needs of the sick and the most vulnerable... 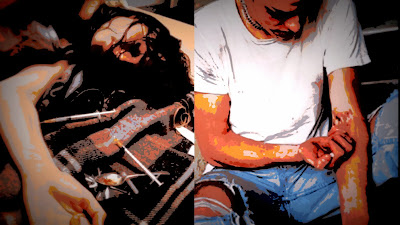 But then why should we be surprised eh? When the Cons have been down this road before. Trying to kill the wonderfully human Insite clinic in Vancouver over and over again.

Even though it has saved countless lives.

And this whole anti-human approach could only spring from the diseased mind of someone like Stephen Harper. Who would wage war on the sick just to please his vengeful bloodthirsty base, and the wacko voices in his head. 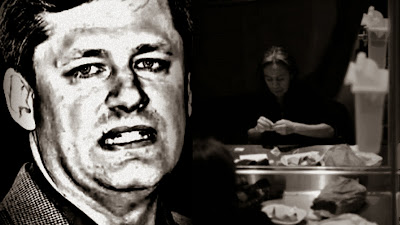 Stephen Harper's attitude about how society should treat drug addicts was outlined in a 2003 essay he wrote about the Left called "Rediscovering the Right Agenda," published in Report magazine:

Or satisfy his depraved and apparently insatiable need to punish others. No matter how many Canadians might suffer or DIE.

Oh boy.Talk about the bestial horror of Harperland. And the good news?

The more we know him, the more he disgusts us, and the more people understand why we absolutely have to defeat him and his filthy Cons.

And as for the little Insite clinic, it just celebrated its tenth birthday !!!! 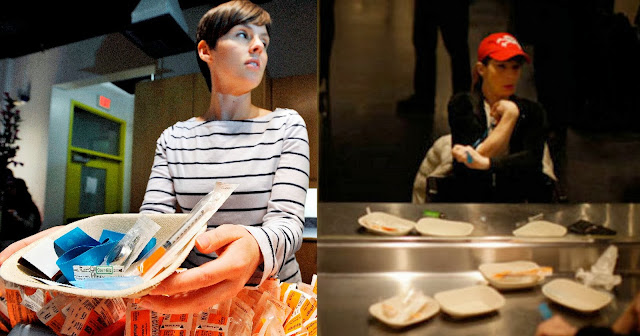 And isn't that AWESOME?

Yup. Here's to the people who work there. Here's to the healers of this world, my heroes. Those on the front lines of misery who put people first. The good, the kind, and the noble, who make us proud to be Canadians.

Down with the Con war on the sick.

And as always, for Kevin and all the others who couldn't be saved.

One never know if the utterances of various Conservative ministers reflect their own views or merely parroting of PMO directives. In the end though it doesn't matter because the harm has been done

.. I really must look into the 'science' or clinical background of doctor Rona Ambrose.. Without doubt it is as shallow as that of Stephen Harper & the rest of the ignorant horde ..

This is a troglodyte government .. spewing and legislating and obstructing.. based on partisan doctrine & dogma on economics, science, evolution, climate, war and truth..

One assumes the Conservative & correct treatment modality for addiction, diabetes, mood disorders, respiratory infection etc would be based on a 'pull up your socks' ethic .. or putting your trust in jebus or other invisible friends up in heaven .. Or maybe Preston Manning or Jason Kenney could lay their healing hands on you.. hallelujah !

What's next.. ? This government will enter the bedrooms of the nation ? And opine on sexual or family matters ? Or whether the dog should sleep on the bed ?

Get yer head out of your arse ms Ambrose .. start reading about malnutrition, clean air, potable water, poverty, infection, pollution .. and leave clinical decisions and treatment protocol to those exemplars who have made a life commitment to the healing art..

Rona Ambrose and the Harper Government support crime. These bone heads are a threat to Canadians safety.

Where do these idiots suppose addicts will get the cash to support their habits? Expect an increase in B&E,s, muggings, home invasions and any criminal activity to get their next fix.

Not only will the public face increased public saftey concerns but the financial cost of policing, incarceration and theft will continue to bleed the taxpayer.

Common sense and empathy for your fellow human beings is not a trait of the neo-con Harper government. The Harper government is a criminal enterprise that needs to be shut down. as soon as possible.

Rona, the village idiot. Has a nice ring to it. What does she know about addiction or medicine? Nothing that I'm aware of. Insight has been here in B.C. for 10 yrs and its a great program. It would be much better if people could simply go there, obtain their herion and get on with life. Some people will never get over their addictions. why punish them? It certainly isn't the christain thing to do.

If nothing else you'd think the slimers would figure out it is so much less expensive to "mange" addictions than to leave it to the open market. of course, given the slimer/cons are such great "free entermprisers", it comes as no surprise to me, they would like to see heroin remain a free market business. So much money to be made. So many lives to ruin.

hi Kev...that's true, I'm sure that this comes straight from the PMO, especially since every minister who handles the dossier ends up saying exactly the same thing. But they do have a choice, they can do the wrong thing or they can do the honorable thing and RESIGN...

hi salamander...you know I'm prepared to forgive a lot of things, everybody is human and everybody makes mistakes. But to ignore the principles of harm reduction, and make real people suffer because of their inhuman fascist ideology,is simply unforgivable. It's the acts of beasts who should be caged before they harm more Canadians. As you can see from the Ambrose button that I made more than six years ago I've never had much time for Rona. But nothing she's ever done is as bad as this, and she should be ashamed...

hi anonymous...you're right they are a threat to the safety of Canadians. Thanks to their insane war on Insite they have discouraged the setting up of other clinics across Canada, even though they are badly needed. Heroin addiction is a horrible thing, especially when it afflicts the poorest and the most vulnerable Canadians. It needs to be treated like an illness not a crime, and the suffering need to be treated with humanity and compassion. Period.
And you're right about this too:

The Harper government is a criminal enterprise that needs to be shut down. as soon as possible.

They must be held accountable, and the sooner the better...

hi e.a.f...you know for a while I thought that I might have been a bit too harsh on Rona. And that she was getting better, relatively speaking. But her disgraceful behaviour on this issue disqualifies her in my opinion from being a Health Minister. Because if she's not for harm reduction, or finding new ways to wean people from dangerous drugs, she's entirely useless, a threat to public health, and should be fired immediately...