Stephen Harper and the Wonderland Nightmare 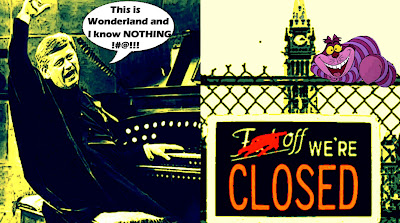 For there he was announcing that he will prorogue Parliament, again, to outline his  "new priorities."

Even though most Canadians are opposed.

And EVERYBODY knows he's just doing it to avoid answering questions about the Senate scandal. Like whether he will testify in court if Mike Duffy summons him.

The story of Mike Duffy and Nigel Wright is a nonsense story right up there with Alice's adventures down the rabbit hole.

We are asked to believe that Mr. Wright, the prime minister's former chief of staff, wrote a $90,000 cheque to Mr. Duffy to repay the senator's ineligible expenses for no apparent benefit. Stephen Harper says he knew nothing about any payment and learned about it on the TV news like the rest of us.

But things might be about to get curiouser and curiouser, if Mr. Duffy is charged with a criminal offence.

Because then his Alice in Wonderland story might have a nasty ending... 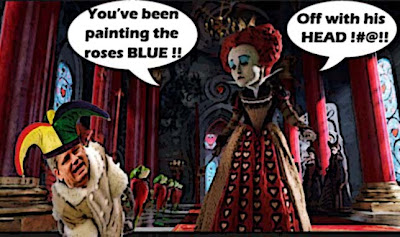 There is no evidence Harper knew of the cheque, but any deviation from the story he's told so far -- or any suggestion that he made a point of not knowing what was happening on the Duffy file -- could be fatal for the Prime Minister.

Which no doubt explains why when it comes to the Senate scandal the paper trail is MISSING.

For why should we be surprised eh? When everything the Cons touch, comes up smelling funny.

The Conservative Party lawyer who attended interviews related to the May 2011 robocalls investigation at times spoke for witnesses and directed the questions, according to excerpts obtained by Global News.

According to excerpts of interviews, Hamilton at times took charge of the interrogation, telling witnesses what to say and speaking for them.

And one really has to wonder whether the Con regime is still a government, or a giant criminal conspiracy.

Or maybe it's just that Harper is crazy desperate. For what else can can explain this joyful tweet today?

And this breathless announcement.

Which makes it sound like the Cons are cracking down on tax cheats, even though they are actually crippling Revenue Canada.

As the federal government promises to strengthen its efforts to combat tax evasion, it’s planning to cut tens of millions of dollars and hundreds of staff from its compliance programs.

The big tax dodgers are having a party, sitting on their profits, or betting away our future... 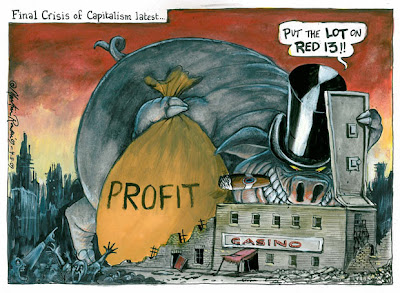 And the Cons are the real cheats, who are robbing our country blind.

But don't worry eh? Sooner or later it will all catch up to him.

If one scandal doesn't bring him down another will.

It may be Harperland not Wonderland. But a giant hole is opening up right under him.

He will be going down it.

And it will be a beautiful NIGHTMARE... 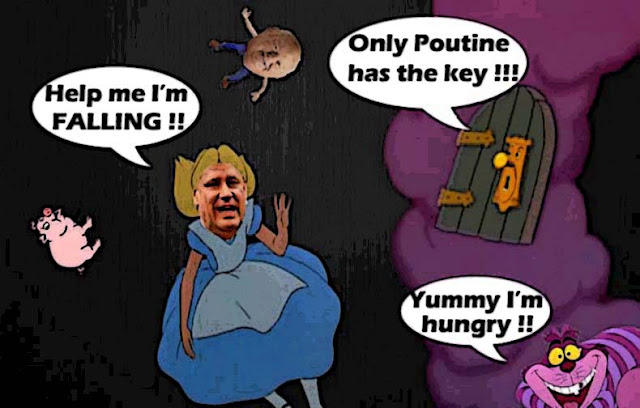 Yup. He can run but he can't hide.

And sooner or later.

The waffle will fall...

RCMP: You are hiding and have destroyed evidence. Get down on you knees and put your hands behind your head.

Steve: It wasn't me! It was Nigel, Mike and Pam!

They dont seem to be prosecuting anyone who is named as having an offshore account.

Duffy won't be charged with anything. The executives at the RCMP simply will not allow it. The documents aren't there. The final report will most likely read, no charges to be filed, not enough evidence.

stevie slime will continue to do what he wants because he can. He has the majority. His own M.P.s won't challenge him. end of story. We all wait until the next election and hope for the best.