Stephen Harper and the Last Days of the Con Mob 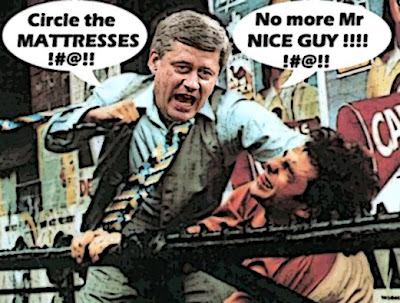 Golly. Last month I told you how the changes in the PMO meant that Boss Harper was preparing to declare war on his enemies.

Now here comes Scott Reid to back up my claim.

Stephen Harper is going to the mattresses. That is the unmistakable message behind the recent overhaul of his office and team of advisers. But the shakeup of his staff in favour of flinty longtime loyalists tells us not only that the prime minister is girding for war in the style of Sonny Corleone.

It also provides clues about his inherent instincts as a leader, his gnawing distrust of many fellow Conservatives and even the truth behind that controversial cheque cut to Mike Duffy. Add to all of that this small prediction: If Harper loses the next election, we’ll look back upon this reconstituted PMO as the beginning of the end.

You know when some in the MSM start noticing Stephen Harper's legacy of destruction.

Or comparing the PMO gang to this one... 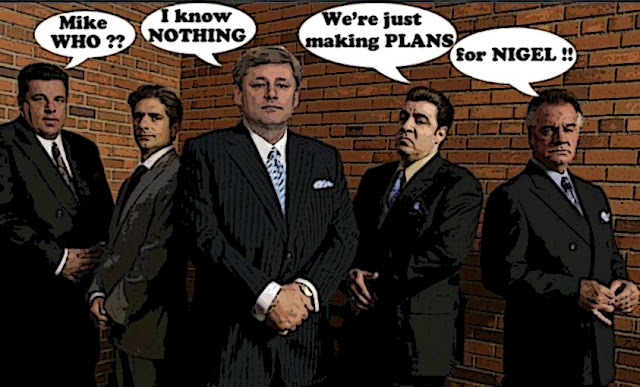 You know it won't be long before Harperland, the ghastly mob story, is OVER.

Because once we've established that the Con regime, and it's depraved leader, have been acting like gangsters, it won't be long before the voters revolt and throw them out of office. If the police don't arrest them first.

Of course, I'm not predicting or even hoping for a violent end. Just a slow shabby shuffle into the garbage can cement barrel of history.

And Scott Reid and I also don't agree on which mob the PMO is modelling itself after eh? Or whether it's even a mob or a CULT.

But Reid is right about Sonny:

Remember. Sonny also went to the mattresses. But he didn’t survive the war. 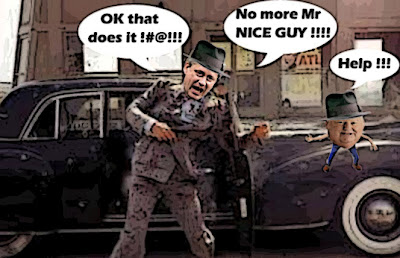 And it's true that Boss Harper is preparing to go down fighting. By siccing his faithful PMO pitbulls on his enemies.

And unleashing his new and terrifying weapon Jenni Byrne...

To go after Justin Trudeau.

But fortunately this too is true eh?

You can't act like a gangster AND call yourself a Canadian Prime Minister. And get away with it forever.

Not even in Harperland.

The new gang of Reformers and fanatics in the PMO will lead them all to the slammer.

And the Con mob's days are numbered...