When Religion Screws Your Mind 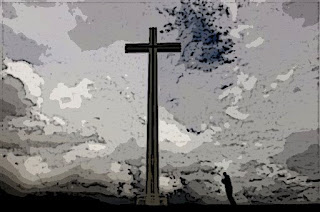 Yesterday I wrote about the terrible abuse of children by the Catholic Church in Ireland.

Victims of sexual abuse and neglect in Catholic-run schools and orphanages in Ireland swamped counseling services on Thursday after the publication of the harrowing findings of a nine-year investigation.

Details of ritual humiliation, torture and slave labor were splashed across Ireland's newspapers. The Irish Times described the report as "the map of an Irish hell" while the tabloid Irish Daily Mirror's front page simply read "You evil monsters."

And it's all so horrible. Especially this part:

A lawsuit by the Christian Brothers led the commission to drop its original intention to name the abusers and no one will be prosecuted as a result.

But of course the religious abuse of children takes many forms.


Oh. My. Donut. As I've said so many times before, ALL religion is a form of mental illness

If adults want to delude themselves that's OK. But leave the children alone.

Now gimme me a bloody Boston cream pie Jebesus !!!!!! Or pay for it with your money.

Yeah yeah...I know they're not the HOLEY kind.

"Suffer little children to come unto me."
We sang that one in Sunday School.

oh, MY !
I LOVE THIS BLOG
I will be here sporadic after destiny-url.blogspot.com

Hi Oemissions...yes indeed so did I. You should have seen me in Sunday School. All I was missing was a pair of wings and a halo. ;)
NOT.
You know I not surprised that people who try to deny their humanity with vows of chastity end us as perverts.
What surprises and horrifies me is the savage violence inflicted on these helpless children.
It's simply unforgivable...

Hi anonymous...thanks I'm glad you like it.The more the merrier... :)