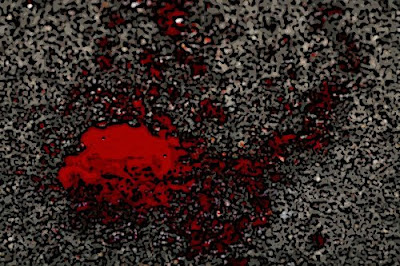 I just heard about the murder of the heroic abortion provider Dr George Tiller.

I'm too angry to write about how I really feel. So I'll leave it up to JJ.

Or Dave at the Galloping Beaver.

And all I ask anyone reading this post is to read this story.

I can take an anxious woman, who is in the biggest trouble she has ever experiences in her life, and by performing a five-minute operation, in comfort and dignity, I can give her back her life.

Then watch the first minute of this video.

Some crazed loser may have pulled the trigger, but the Christian Taliban of the anti-choice movement set him up to it with their deranged, violent rhetoric. So they must share the blame.

And that's all I can say without losing it.

Except to say that George Tiller was a good doctor, a brave man, a quiet champion of women's rights, and my hero FOREVER. As are all the other heroic abortion providers.

The anti-choice movement is riddled with dangerous terrorists....and their supporters.

In retaliation for defeat of gay marriage in California BIG HOMO terrorists killed abortion provider Dr. George Tiller and are now blaming Christians for his death.

That Anonymous posted the same shite at our place. Remedial reading is called for, I think. 'Crushed' does not mean violence and in particular, it does not mean 'shot in a church'.

Hi deBeauxOs...yes it's time these extremists were treated like the domestic terrorists they are.
Just like it's time for the anti-choice crowd to tone down their rhetoric and work to try to avoid pregnancies...rather than victimizing women and good doctors.
But crazy is crazy so who knows how they'll react...

Hi anonymous...I mean Karol...is it my impression or are you getting crazier by the day?
I'm certainly not calling for violence against anyone. The pro Choice movement doesn't hurt people that's why we're better than you.
All I want is the Department of Homeland Security to round you all up and take you to Guantanamo. Is that being unreasonable.
Which reminds me Karol has CSIS contacted you yet?
Now fuck off you crazy fool....

Hi Fern...yes of course it doesn't mean killed. It means defeated, marginalized, taken off the backs of women, and prosecuted where warranted with the full force of the law.
As for the anonymous wingnut...I'm ninety-nine per cent sure it's this guy called Karol -- a fetus fetishist and a homophobe.
I usually delete his posts...especially when they're really long. But it's good to leave a few up to show who we're up against.
And why we're going to WIN... :)

Obama said, "However profound our differences as Americans over difficult issues such as abortion, they cannot be resolved by heinous acts of violence." --If Obama only cared that much about the countless babies who died at the hands of that abortionist...

A family member said, "Today we mourn the loss of our husband, father and grandfather. Today's event is an unspeakable tragedy for all of us and for George's friends and patients. This is particularly heart wrenching because George was shot down in his house of worship, a place of peace." Wow, how about the wombs that all of those babies were in? The womb is supposed to be a safe place of peace for a baby. But that monster would intrude and kill each one of them, with no remorse.

...And I sure do NOT feel sorry for a church that had no problem allowing a murderer to attend."

Churches accept all persons without prejudice. This is how God would have it--and no other way. All come to Him for guidance and progress in their life's journey. God does not expect any person to be perfect.

Judge not lest ye be judged.

Isn't there a contradiction in what you say? You are all for the sanctity of life yet you do not seem greatly affected by the killing of another human being.
Or, are you making a distinction between humans and foetuses? Or are you deciding that some humans are more worthy of life itself since they promote the absence of abortion and elevate them to a higher plane because of that stand?
If that is the case you are creating a second class of believer and that is something God would not allow.

I sincerely hope you find the proper understanding that is required for daily life in a difficult time such as this and may
Divine Blessing and Providence be with you to your greater enlightenment.

Democracy Now! did an excellent tribute to DR. Tiller.
A beautiful,compassionate human being and a role model for doctors.