Britain Gets a Lesbian Poet Laureate 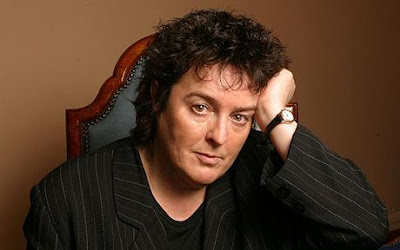 I realize that for most people poetry is something they force you to read in school. But for me this is something special.

"It is a great day for women writers," said Duffy, who described the laureateship as "tending the flame" of poetry. "It highlights the way that women writers have changed the landscape of literature in this country … though I think guys will be pleased as well."

And I sure am.

Not just because Carol Ann Duffy is a woman and a lesbian....and was born in the roughest slum in Glasgow.

Or because I find some of her poems sharp, funny, and brilliant.

Or because she would have been appointed Britain's poet laureate long ago...if the Bush/Pope poodle Tony Blair hadn't fretted and fussed about how she would play in "Middle England."

But also because, as Brecht says in my sidebar, I'd probably spend more time writing poems than blogging..... if the world wasn't so full of homophobes and other bigots. And Stephen Harper wasn't Prime Minister.

Unfortunately I have no talent, so my poetic career so far amounts to bad imitations of other poets from Shakespeare to Lorca .... and two years ago even a little Duffy.

Sébastien was away in the Congo, working with a relief agency. And I was at home paralysed with fear about what could happen to him in that dangerous country.

"I've covered his pictures with dish rags. I don't even want to think about him. I bury his memory in blogging words that I don't even read. But at night in my naked sleep he's always THERE. Sitting on the bed the cheeky bugger. Counting the freckles on my face.

I look away and pretend I can't hear him. But he tickles me and I awaken laughing. So now I know what I must do to forget him. Now I know the true meaning of despair. Love is turning me into a WANKER. And I don't care."

OK OK I warned you. If I was Carol Ann I'd sue me.

But after 341 years a woman is the Poet Laureate of Britain.

Isn't THAT about time?

A woman and a lesbian.

And I do this song really well....

You are what you dream you are eh?

Have a great weekend everyone !!
Posted by Simon at 9:07 PM

Question: What does sexual orientation have to do with writing poetry? Or, was the matter just set up for the scribblers and the gutter press?

Sexual orientation has nothing to do with pentameter, scansion, allegory or anything else.

Someone's doing the lurid thing again just like CFRB radio in Toronto and the crackpots at the soon to be dead National Pestilence.

sexual orientation has to do with everything when it comes to celebrating a once oh too very oppressed (and still WRONG in too many minds) group....it's political, get it?

great score for carole and the dykes and gays and queers and flamers and whatevers. i'm sure there were 'undercover' queers as laureates along the way but oh how grand one can be out and that the labour party is finally labour again.

sweet dreams , simon, dream away of you and sebastian together again. keep sending him the white light and say words of protection for him, it's all in the universe's hands and the universe likes to tune in to us silly little humans who tune into the universe :D

Hi Torontonian...no I don't think it's a problem now. But it was back then when she was passed up because Blair put pressure on the judges not to choose her.
And when you're a lesbian and you come from the Gorbals...which used to be the scariest slum in Scotland...it really is quite an accomplishment. Because the only thing that place was famous for was knife fighting.... :)

Hi Scout...how nice to hear from you. Are you still alohaing in Paradise? :) I've been so busy with work and exams I haven't been able to visit my favourite blogs as much as I would like to.
And you're right about the sexual orientation part. It is a triumph against oppression.
As for Sebastien all I can hope for is that he doesn't read this post. And what I wrote about him. OMG.
I know I have a better version somewhere but I just can't find it... :)