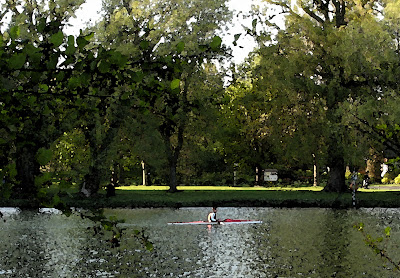 A friend just told me that Stephen Harper and his Conservatives could stay in power for another YEAR. Because the left is divided. And a lot of MPs need the extra time to qualify for their pensions.

And that saddens me because I honestly believe that every day these horrible Cons are in power, MY Canada dies a little bit more.

Because they have made Canada an ugly mean place, with their foul and alien attack politics of personal destruction. And because Stephen Harper is an authoritarian bully with a CRUEL streak that makes him unfit to govern.

Which is why I made a new video.

To remind everyone who we're dealing with....

You know I'm not really interested in the game of politics. I never though I'd have to worry about that in Canada eh?

I don't belong to any party. Although I do support all the progressive parties and wish they were UNITED.

I wish I could spend more time writing about other dreamier things. But not until Stephen Harper and his Cons are driven from office.

Because I want my decent, strong but gentle, beautiful, and proud Canada back.

And the sooner the BETTER.... 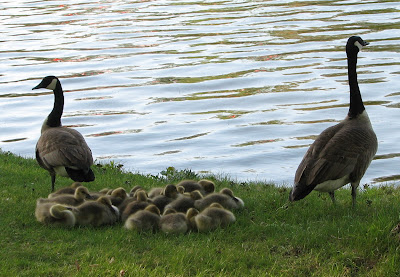 Well done,Simon! I love that "Where dumb meets cruel" slogan.

Just remember what Harper said in 2006. The exact words, I don't have but he said something along the lines of:

"You won't recognise this country when I'm through with it."

Beware! Beware! Beware! I have voted in every federal election since the mid sixties .... and in each one of them the Liberals have said: "Look who may win (or look who is PM) - even if you are not a Liberal - forget your principles and vote for us. (Just this once - wink, wink: nudge, nudge)

Anon, I believe Simon has already pointed out that the opposition is divided which is what allows Big Cold Dead Fish Eyes Phat Daddy Stevie to stay in power with the support of only 37-38% of the electorate. Sooner, I hope, rather than later, we'll figure out how to hold our noses and do what must be done to remove the cancerous growth on P. Hill.

But, I didn't pop in to respond to you, anon. Just wanted to say that was a great video, Simon!

Good Frank, so we will vote NDP, but I don't think that is what you are getting at.
The lib strategy has always been to paint conservatives as the "death star" and so one must vote for them. The problem is that and this is for now, I don't see any light between Iggy and Harper in that they share the same unprogressive stances are so many major issues.
Iggy had a chance in January to do something about EI in exchange for the liberals to again, back up the Harper Agenda. Nope, nothing, nada, zippo.
I don't need a kinder neoliberalism because the kick in the face is the same.

I understand how hopeless and disillusioned you feel, but believe it or not I'm going to strongly suggest that you consider joining and getting involved with a political party. ANY political party - I don't care which one. Not the Cons of course, unless you happen to be a disaffected Red Tory who wants his party back (and imagine if THEY all rose up and drove the Harperites out).

The farce of a puppet show you see on TV, on the news and on CPAC, is only the end result of millions of people either not caring enough or not feeling that they can do anything about it. And frankly, that's exactly the way they like it. But you CAN do something about it! Not right away, and not all by yourself, but you really can make a difference.

I've only been actively involved in riding-level politics for a couple of years now, and already I'm having an influence. One person, one phone call, one meeting at a time, and the next think you know you find yourself with a candidate or an MP or even a whole party you can actually believe in.

Voting is fine, blogging is great, but if you really want to change things you're gonna have to put on your hip waders and get in here with the rest of us sorry sons of bitches. Besides, it's kind of fun.

AWARD WINNING Video SIMON!
The problem with Canada tho' is: too many people vote for the Conservatives.

Hi JJ...thanks a lot. I'm still making it up as I go along...and without reading the instructions...but it's getting easier. As for the dumb meets cruel, I have a few other catchy lines on the drawingboard. ;)
But I like that one the best so far because I think Harper IS cruel and authoritarian, and in my opinion that makes him unfit to be Prime Minister...

Hi April Reign...thanks a lot for the encouragement. I know parody videos are the flavour du jour. But I think it's time to take a hard look at the disturbing meanspirited record of Great Ugly Leader, and ask: What's wrong with this guy eh? And why is he so cruel and WEIRD ?

Hi Torontonian...I have those words tattooed on my brain so I take them everywhere and never forget them. That and his decision to strip the word "equality" out of the Status of Women documents as soon as he came to power, convinced me that I had been right about him all along.
The man is an alien bug in the Canadian politicosphere and must be quarantined in some wacky right-wing think tank as soon as possible.... :)

Hi anonymous...look I know it isn't popular and won't make me any friends in the political blogosphere, but I refuse to engage in partisan games as long as Stephen Harper remains in power. Because NOTHING and I repeat NOTHING could be as bad as him.
And getting rid of this dangerous un-Canadian fanatic is EVERYTHING...

Hi Frank...thanks I'm glad you liked the video. I just downloaded some really good pig sounds so you know I can only get worse...I mean BETTER. :)
As for your political point I agree absolutely. When we've got a neocon madman in power heading ever deeper into recession we have to get our priorities right.
To do anything less would be MADNESS...

Hi Jan....I think I'll stay out of this one for all the reasons I mentioned above.
All I see is a country where 70 percent of the people are pushed around by the other 30 percent. And I want the left to unite or form coalitions, so we can forever change this situation which threatens the survival of our country.
In the meantime whatever zaps the Death Star is good enough for me...:)

Hi Jennifer...ME a Red TORY? OMG. How could you? :)
Seriously though I understand what you're saying. And you're right... our democracy is threatened by rising public apathy. Furthermore I AM lazy. On the other hand I do a fair amount of other political stuff. Like sweeping the streets during the Gay Pride weekend.
I just don't think I'm cut out to be a political operative. I'm far too dreamy and way too shy.
And besides I want to be one of the people who helps brings the warring left together into a mighty Con slaying coalition.
Dream? Maybe. But the day it happens the Cons are DEAD...

Hi penlan...oh thanks I'm glad you liked it. It's probably NOT the right time to be making videos like that. But I'm practicing for the election. :)
And also seeing the Harper Cons revert to the same old politics of personal destruction revolted me.
So I'm determined to prove that people as nasty as they are shouldn't throw stones...

Great video, Simon! I can't but agree with you on everything you said in your article, can't wait for the next election, lets hope it will bring a change (not wanting to sound like Obama).

Hi Elli....thanks. I too can't wait for the end of the Harper Era so we can get our priorities and our straight, and our precious Canadian values back again...
I'm mostly optimistic about that but I'm also VERY impatient... :)