The Man Who Would Execute Gay People 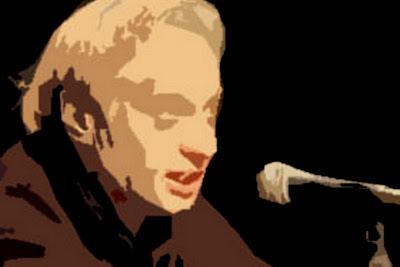 I see Sudbury's favourite wingnut, David "Poopy" Popescu, has been charged with wilfully promoting hate for calling for gays to be executed.

And that he says because God speaks through him he's quite prepared to give up his comfy cot at the Salvation Army...... for a real bed in a jail cell.

Facing criminal charges for extremist anti-gay views, fringe political candidate David Popescu says he is prepared to go to jail "rather than back down from God's word.

"I stand for the Bible and if it rubs people the wrong way, well, we'll deal with the issue of the Bible before the courts....

Now as one of the people Poopy would like to execute I'm naturally biased. I think he's a twisted freaky monster. But then so does his poor mother.

And since his life is so pathetic...

"The casino, pornography and undoing the Lord's Day are opening the door for sin that destroys," he said in the 2000 municipal election....On other occasions, he said that popular music stores should be closed because they "promote Satanic music", and that Sudbury's annual Dragon Boat races should be canceled on the grounds that the boat designs invoke the devil.

Acting as his own representative at trial, Popescu said that he had committed "unintentional assault" while "disciplining" his mother. Under cross examination from the assistant crown attorney, he testified further that he had lived with his mother his entire life, had not worked in the community since 1972, and survived off his mother's pension.

I almost feel sorry for him. And then I read what he says in some of his videotaped sermons ....

"God burnt five homosexual cities alive, including women and children, as an example of what we are supposed to do to them. Instead, our evil government gives them rights..." 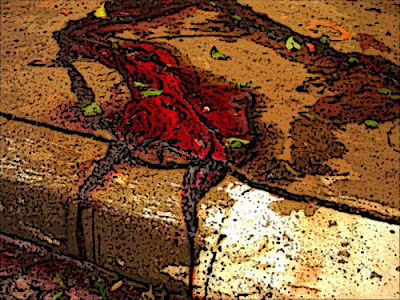 I remember how gay people are still being killed or hurt all over the world just because of who they are...and how the killing wouldn't happen if the hate didn't come first.

I remember the homophobe who came at me with a knife. And what happened to him. Or the one who threw a beer bottle from a speeding car and almost hit Sébastien in the back of the head.

And then I'm not sorry for Popescu anymore. For some dumb Blogging Tories it may be just an opinion.

But for me it's about my life...and the lives of my brothers and sisters. And our right to live without violence.

Put Poopy AND the hatemongering Bible on trial. Find him not guilty because of religious insanity.

And give him a comfy bed in a closed mental institution.

Because that's where he belongs...
Posted by Simon at 9:51 PM

Amazing how convenient "God" and his (it's always a 'his') word is. The number of crackpot ideologies supported by said word might have one supposing "God" to be a myth fabricated to further certain agendas.

But hey, this atheist is game for trying just about anything: Yo God, you out there? If you're hearing me, please smite this fool, Popescu, down. Amen.

Well Simon, as you said, this guy should be in a mental institution. Permanently.

But how many are there who think like this guy? That's what worries me...

Once again, the reich-wing church groups pretending to be christian are giving this nut-case their homophobic propaganda to hide his inadequecies and insecurities behind.

Haven't you wondered what kind of a heterosexual male would remain single and live with his mommy all his life??

Maybe this closet case would have been better to have entered the priesthood!

Well, I wouldn't ride on the same greyhound bus as this nutcase.

He is obviously hearing voices too!

Now, if only he would add holocaust denial to his resume, he could be consecrated as BISHOP.

Hi Chrystal Ocean...it's frightening isn't it? How obsessive his hate is. I mean he's free to have his opinion, but he shouldn't go around publicizing this murderous nonsense. And what was worse he said this in front of a group of high school kids. I can only imagine what some of the gay kids thought. The good part is that ALL the kids let him know how they felt. Even if the Principal dithered about inviting Popescu back. So that's something...

Hi Enkidu's Palace... I wouldn't lock him up forever.Unlike him I have a heart. Unfortunately. :)
But he certainly needs to be treated. As for the others that's what worries me. Because when you create an atmosphere of hate against any group be they French Canadians or natives or gays or whoever, bad things can happen...

Hi anonymous....yes it is rather a pathetic life isn't it? I believe it's almost mathematically impossible to be more of a loser than that.
And you're right when you say that that bigoted churches are to blame, for putting these evil ideas into his twisted brain.
I'm actually quite interested to see how using the Bible as a defence works out for him.
And whether any of the usual suspects will be out defending his right to say that, and describing it as an attack on religion.
That should be fun... :)

Hi anonymous...well it is the voice of GOD...
Never mind the bus...imagine getting stuck in an elevator with him. Just listening to him blab would be unbearable.
I predict he'll end up on a street corner screaming that everyone is a sinner...except him.And handing out pamphlets on how to "discipline" your mother... :)

David Popescu, Bill Whatcott, Stephen Boission, and Craig Chandler were all cloned from Fred Phelps in a secret program to fight the Holy War against gays.

Ah, there you go. The slippery slope of reproductive technology.