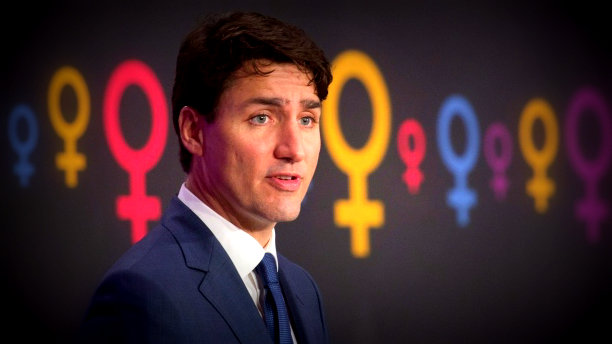 I've always suspected that the toxic Trudeau haters who swarm all over this country like foul smelling roaches, despise Trudeau for more than just his policies.

And that many who claim they hate him for buying a pipeline or whatever, really hate him for standing up so strongly for the rights of women like no prime minister ever has before him.

So I'm glad to see Susan Delacourt write about the misogynistic elephant in the room. 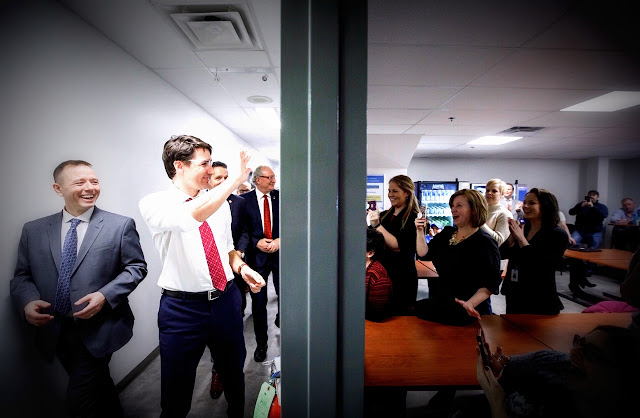 By wondering why Justin Trudeau is doubling down on his support for feminism.

Last fall, about 36 per cent of respondents said the Liberals were best placed on gender equality issues, while only 30 per cent said the same in the early 2019 results. Still, Trudeau and his Liberals were still far ahead of any other party by this measure.

So why is Trudeau talking so much about feminism right now, only a few months before the election campaign? It’s a good question, especially when the risks are potentially larger than the rewards.

When at a time of heightened misogyny he could be risking his political life.

Like it or not, political culture is not only cynical but zero-sum these days: gains for one group are seen as a loss for another. Put simply, Trudeau’s strong feminism leaves him open in this climate to charges of being anti-men.

Of course, no one comes out and says this openly (except on social media, the playground for outrage and the outrageous), but even Liberal MPs can tell you anecdotally that the hyper-feminism of this government rubs some voters, even Liberals, the wrong way.

It’s condemned as “preaching” or “virtue signalling” or an obsession of elites who are oblivious to the employment disruption over the past decade in male-dominated fields of construction or manufacturing.

But while I'm grateful to Delacourt for dragging the stinking corpse of misogyny out of the murky depths, I find her suggestion that Trudeau stop promoting feminism so strongly a complete nonstarter. 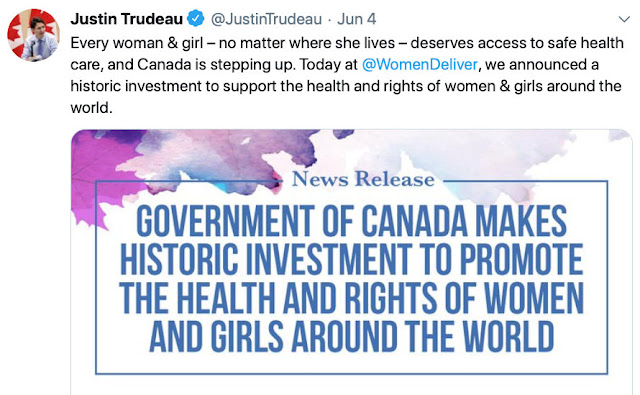 For what kind of prime minister would stop doing the right thing for cowardly and crass political reasons?

And what kind of pathetic men are threatened by the equality of women?

When Trudeau has created more than a million jobs since he came to office. 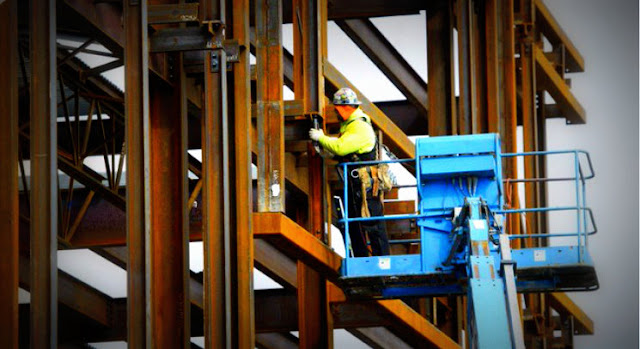 And the economy is booming.

So enough with those ridiculous excuses, that are aimed only at making women second class citizens.

I find it disgusting enough that so many of the old men who grind away at Progressive Bloggers never write about women's issues, as if women didn't exist.

But my position is clear:

Susan Delacourt suggests that Justin Trudeau is risking his political life by standing up so strongly for women's rights. I think she's right, and it's one more big reason I #standwithtrudeau https://t.co/vV1kfIN9vX via @torontostar
— 🇨🇦 Simon 🏴󠁧󠁢󠁳󠁣󠁴󠁿 🌈🏂 (@montrealsimon) June 6, 2019


Justin Trudeau is risking his political life for all the right reasons, the ones that best represent our Canadian values, and separate us from the bestiality of the misogynistic Cons.

And men who don't support the long struggle of women for equality.

Have no right to call themselves progressives...

You think that's bad, just look at their knee-jerk defensive reactions to the MMIWG report. Or the further mansplaining by the old white guys in the lying press, "don't worry your pretty little head about Scheer reopening the abortion debate." Disgraceful. As I've said here before, misogyny against men is homophobia. Trudeau supports women and LGBTQ+ rights, so "guilt by association" means he must be gay (and they imply that like it's a bad thing). I bet they took Scheer's "we support gay rights in different ways" bullshit at face value. Garbage, the lot of them.

The fugly deplorables like Scheer, Ford et. al., their hack propagandists like Coyne and Fife, and their subscribers, voters, constituents, troll followers, you name it, are jealous of Justin and take a sadistic pleasure in berating him, sissifying him, and setting him up to fail. Then they turn around and project in bad faith that he's a fake feminist because he kicked a pair of abusive, narcissistic bullies -- who can tick off any checkboxes on the census form -- out of the LPC for their treacherous behavior and backstabbing.

This is Trudeau derangement syndrome on steroids, and the comparisons I've made here to Hillary Clinton are sickeningly fitting. Fake "scandals" that make a volcano out of a mole hill, and accusations of misrepresentation and self-serving hypocrisy, while the far worse neo-fascist is treated with kid gloves and outright lies are left to stand. All that matters is battering the star candidate who poses a threat to their status quo, bottom line. Right out of the 2016 playbook. Shame on them all.

Mr. ' I'm not a bigot ' just announced his bigotry by not marching in any Pride parades. Translation : I'm a bigot. Meanwhile one of his trained seal Senators hasc disparaged the UN declaration of indigenous rights. More bigots in the reformatory party than I can count.

Then we have Trudeau who keeps bullying poor sheer-nonsense by treating everyone fairly.

Progressive Bloggers is a throwback to the past. It reminds me of a musty old Legion hall where the old men sit around, drink themselves into a stupor, and have no idea about the modern world going on outside. If it wasn't for your blog I would never visit it.

Frank Graves is out with some new data on racism and hate crimes in Canada. Scary stuff, but I hope the surveys go into the study that the Liberals are doing (where the Cons embarrassed themselves further by inviting Mark Steyn and a bunch of alt-right YouTube trolls to the committee). Big surprise which party has the most bigots by far. Then you have the odious Coyne running interference for Cooper with an indefensible column that's basically "this is what he meant to say." But just like how the Rethuglicans accused Obama of being "divisive," the DeformaCons will project on Trudeau that nobody was racist until he started talking about race. It's just "free speech" after all.

Simon, I hope you write a subsequent post about the Con media's disgusting reactions to the MMIWG report. They think it's a fucking joke.

Michael of the Snake has taken a break from homophobic caricatures of Trudeau as a Disney princess and gone directly to Hillary-style "Lock Him Up".

Delacourt is right, the boys' club just won't tolerate a sincere social justice warrior. If they can't have him physically assassinated, they go for character assassination. They make me sick.