Do The Liberals Have The Wind In Their Sails Again? 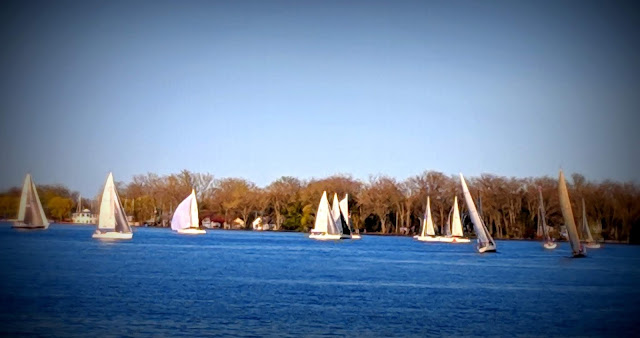 If any of you have been wondering why I haven't been blogging as often as I usually do, well wonder no longer.

For as you can see it is the sailing season, and after a long winter of fake scandals, Doug Ford, and bleak polls suggesting that Andrew Scheer could win the next election, I'm determined to enjoy every minute second of it.

However, even as I skim over the waves and let the cold clean wind scour away the horror of that nightmare winter, I can't forget that we are now only about four months away from an election.

And that if the Cons win that election we could soon be living in a nightmare world. So in that regard I'm glad to see there is some good news at last.

According to the latest Abacus poll, it seems that Justin Trudeau's Liberals may also have the wind in their sails. 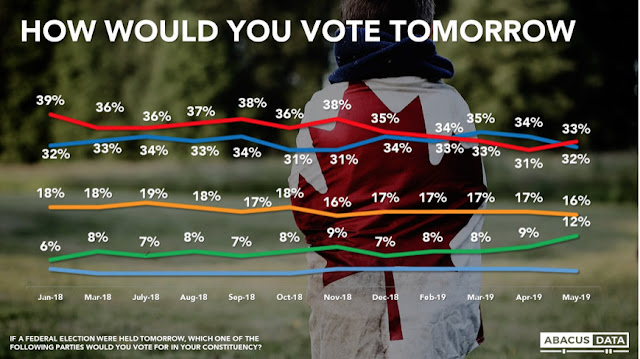 If an election were held tomorrow, 33% say they would vote Liberal, 32% Conservative, 16% NDP, and 12% Green. These numbers suggest some softening of Conservative support over the month, some strengthening of the Green Party, and an ongoing weak trend for the NDP.

Or at least a firm breeze.

While the Cons seem to be heading south in in Canada AND Ontario... 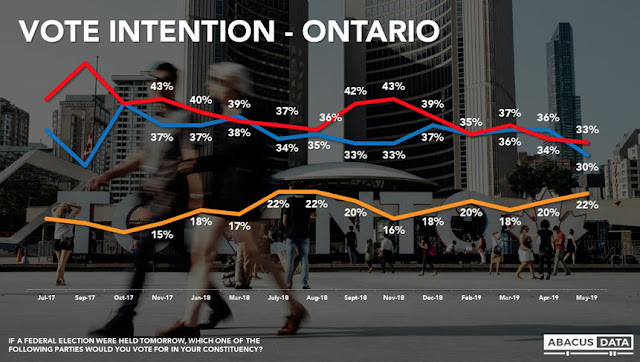 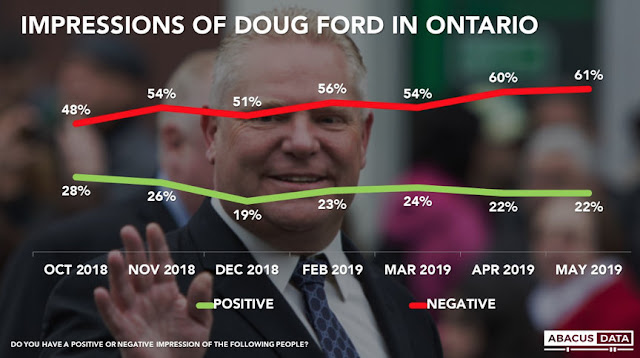 Which should soon have Scheer doing all he can to disassociate himself from Ford... 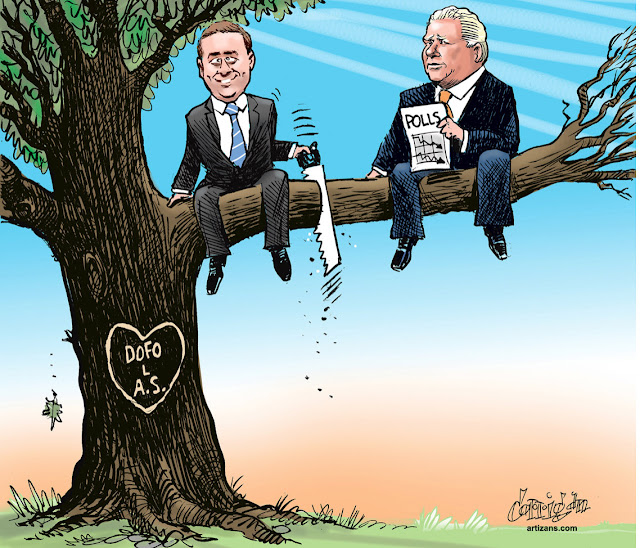 And since Scheer needs Ford more than Ford needs him, that could prove awkward and cost him the next election.

As I have pointed out before... 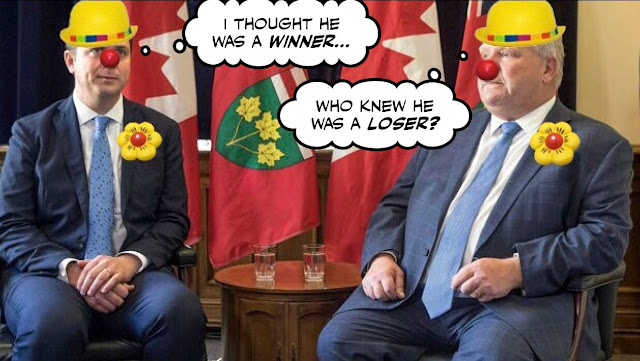 It won't all be smooth sailing of course. The rise of the Green Party, if it is more than just a mirage, will force progressives to vote smartly.

And that means voting strategically to elect as many progressive MPs as possible to keep the Cons down.

Which won't be easy, but considering where we were just a month ago, we're laughing.

It took me a while to recharge my batteries, but now I'm ready to go again.

So let the race begin... 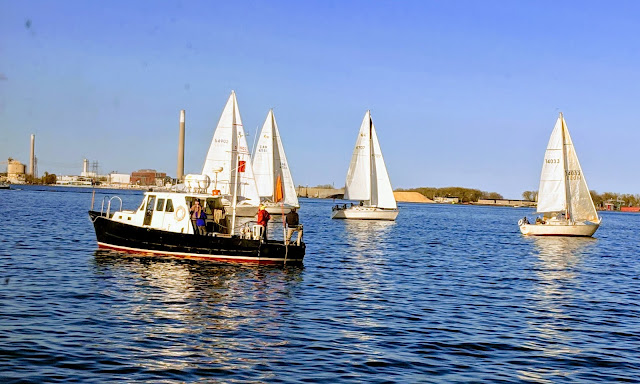 Simon, we all saw how Harper would be mired in scandals only to be cleansed of his sins over the summer recess to return in the fall buoyant again. I expect Justin will get that same summer flush. Besides I don't think exposure helps Scheer. It only gives the extremists in his ranks more time to reveal themselves, the plague that has beset the radical right since Manning brought Reform to Canadian politics.

The 2019 Canadian federal election campaign anthem, courtesy of the Jackson 5.

Keep calm and block the Cons.

Hi Mound...I hope you're right, and I agree that the more exposure should hurt rather than help Scheer. But it seems his ex-Rebel gang can't help themselves, and seem to think that a day without an attack ad could be fatal. It may be that he is still terrifi d that Maxime Bernier could steal some of his base. But Bernier has turned out to be a paper tiger, so Scheer is now adopting an almost evangelical style, which for me is the final straw. And quite frankly I have no idea what might happen in October...

Hi Jackie....I am trying to stay calm, but so many things are up in the air right now it's not easy. Having one foot here and the other in the U.K. doesn't help, because the situation in Britain is even worse, and if Boris Johnson becomes PM it would be a nightmare for the British and would almost certainly trigger another referendum on Scottish independence. So as you can imagine my spirit is in turmoil...