When Is Stephen Harper Finally Going To Resign? 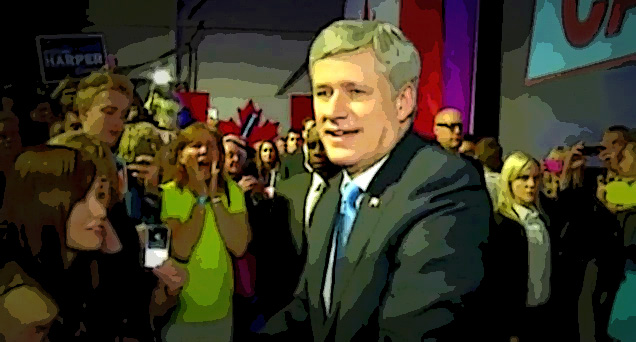 It's been almost ten months since he was crushed and humiliated by Justin Trudeau.

And rushed out into the night, shaking hands with his devastated followers, without even looking at them.

But if Canadians thought that was the end of Stephen Harper they were wrong.

Because he's still with us. 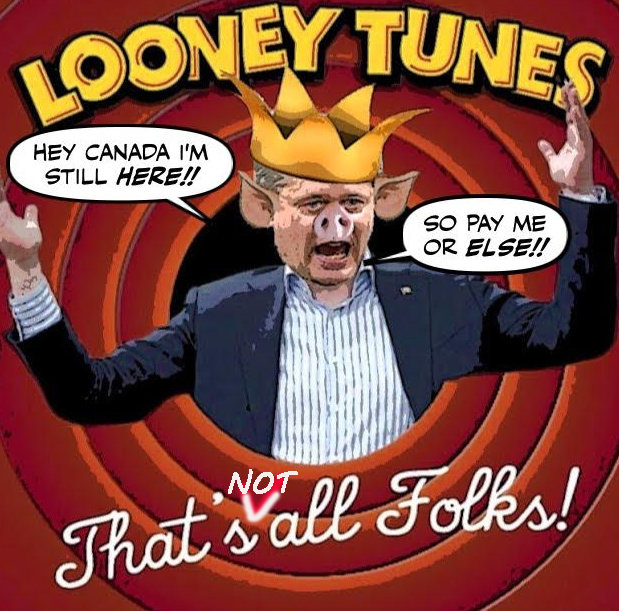 He has registered his own company with two longtime aides and has all but left politics, but questions persist about exactly when Stephen Harper will actually resign as a member of Parliament.

And since even his own riding association doesn't know what's going on.

Hal Anderson, president of the Calgary Heritage Conservative riding association, said he has only heard of Harper’s apparent looming departure through the media. “I have no knowledge, no information, other than what’s in the press.

There has been nothing, either no comments from him, or no indication from Mr. Harper when, or if and when, he might resign,” Anderson told the Ottawa Citizen.

And since Harper and his beloved Ray Novak now have their own consulting company... 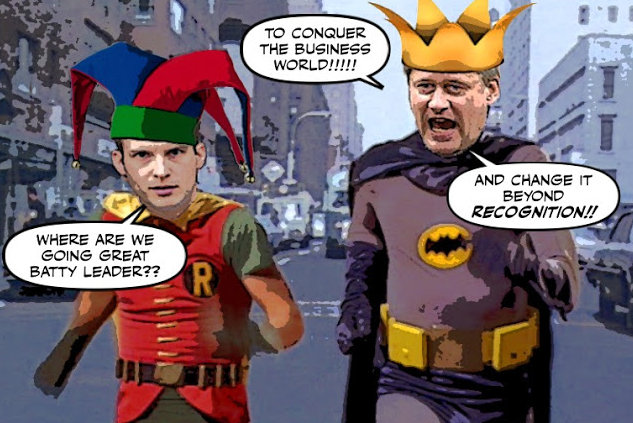 I think Canadians have the right to ask why are we still paying him?

While a member of Parliament, Harper continues to take home his $170,400 annual MP base salary.

Because that's a lot of money to pay someone for doing absolutely nothing.

Especially since he always claimed that he was a Great Economist Leader.

And we're still paying for his disastrous economic legacy.

A new Conference Board of Canada report has downgraded its projections for economic growth in 2016 to 1.4 per cent, despite a strong start to the year.

Its report says the largest source of weakness in the economy remains the steep deterioration in business investment due to the collapse in energy spending, and there's still no sign of a long-awaited recovery in non-energy investment.

Which by putting all our economic eggs in one oily basket not only led us to disaster when the price of oil crashed... 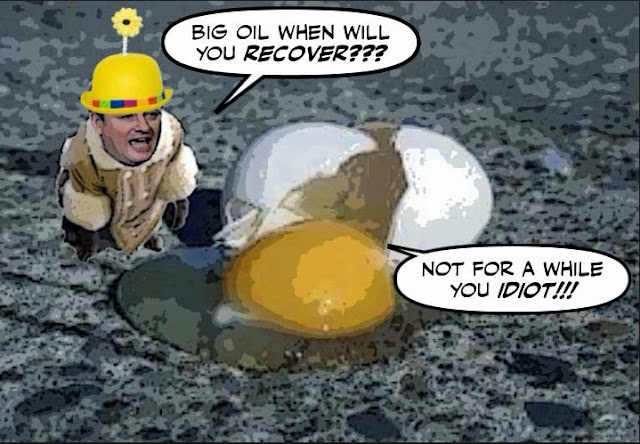 But also damaged our manufacturing sector to the point that despite the lower loonie, it has still not recovered.

While Harper collects his large salary for doing nothing.

And his filthy Cons have the nerve to try to blame Justin Trudeau... 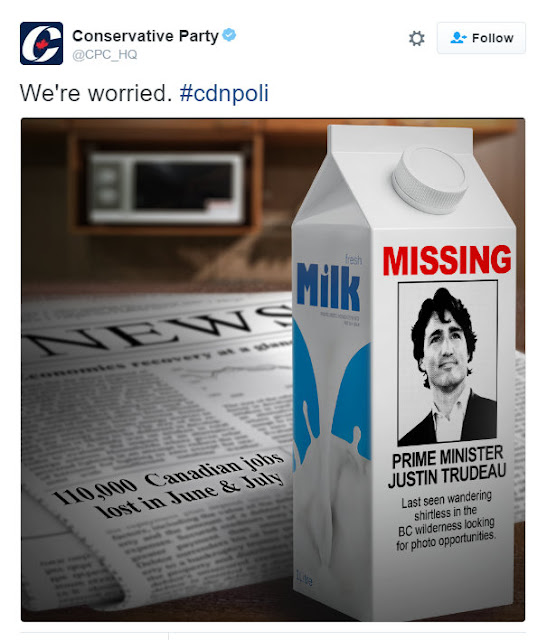 When we should be the ones putting Harper's picture on milk cartons... 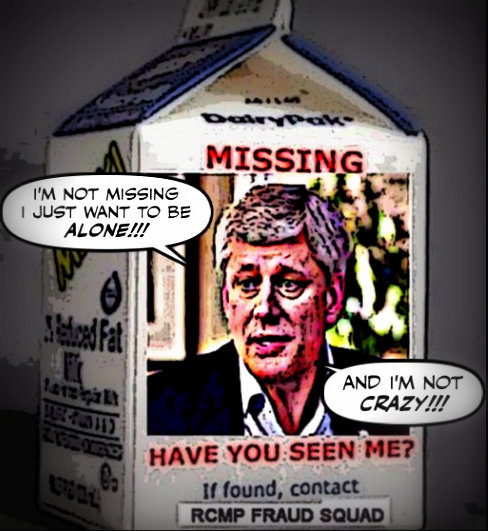 And the Cons are caught again acting like thieves.

The photographer who took a photo of Prime Minister Justin Trudeau shirtless on a Tofino beach is taking legal action against the Conservative Party, as she claims they used the photo without her permission.

For that too is the foul legacy of Stephen Harper.

The Con man and the political  thug... 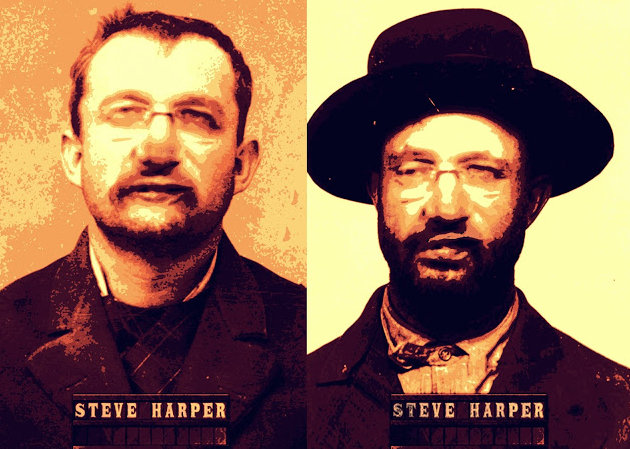 If he had any decency he would have quit long ago.

If there was any justice he should have been jailed for what he did to this country. 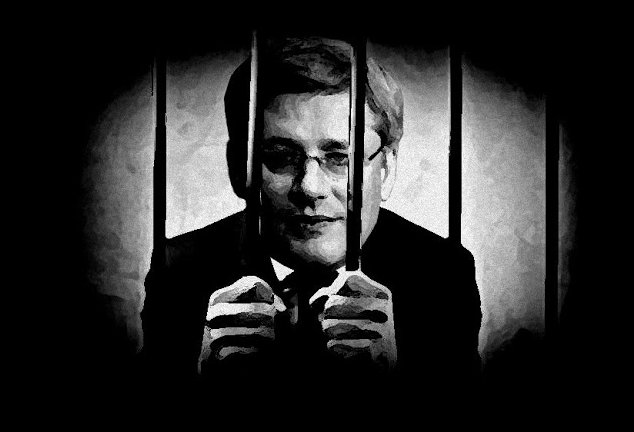 But if our useless MSM won't even treat him as a delinquent MP, or ask the questions that need to be asked.

Let us at least demand that he stop wasting more of our money.

Rational self interest: at least he's not a total hypocrite. I've no doubt that he figures the country owes him a great debt.

My wish is that he stick around exposed to the public for as long a time as possible, so that further examination of his example might occur, before disappearing from public scrutiny only to emerge from the shadows at some future time for some sort of revisionist-history victory tour lauding one of his non-accomplishments, which celebration will have been designed to promote some further libertarian objective.

After all, when the chamber of commerce reanimated the Mulroney creature for the CUSFTA 25th anniversary cross-country interview tour, there was absolutely no mention of "brown envelopes". The CETA and the TPP were in the works and Canada needed to be reminded that, under the CUSFTA and the NAFTA: Peerless clothing had (sorted out its wool problems and) prospered; Bombardier had developed more efficient supply chains (by rationalizing production through addressing labour cost challenges); and Canada had not become the 51st state, as Sheila Copps had needlessly forewarned.

It would take a lot more than three envelopes to carry Harper's as yet unexamined baggage. I'd rather do it now than wait and be unable to do it later. We have to make sure that this corpse is dead before we can start to hammer in the nails and should not forego the obvious opportunity of using the Harper example to expose the lies and hypocrisies of market libertarianism and begin a process that must end with invalidation and eradication of the cult. It's essential that we begin before Justin and the ensuing generation become totally indoctrinated.

I believe he is working in the background to bring one of Joe Clark's sci fi fantasy's to life.

The over the top hypocracy of Conservatives is illuminating, and they still have not realized everyone sees it for what it is. Naked self interest. Oh and our glorius media tags along.

Any chance there are some outstanding/upcoming court cases where he may not want to testify?

That milk carton caption should read: "Wanted for War Crimes", especially in Libya.
He is a new Kurt Waldheim , waiting for an "international statesman" job on our dime.

Diefenbaker stuck around for 16 years...don't wish that upon us.

yes Simon, we need to get Harper out, then obstruct Trump.

At $170K a year I would not be quitting my day job either. Love to have that salary, the dental plan, full medical benefits, pension plan, shall we go on.

Although Harper may have set up a company, if it doesn't have any clients or a promise of clients, he will stay with his seat and its $170K a year. Jobs are tough to come by in this country right now