How Justin Trudeau Is Winning the Battle For The Future 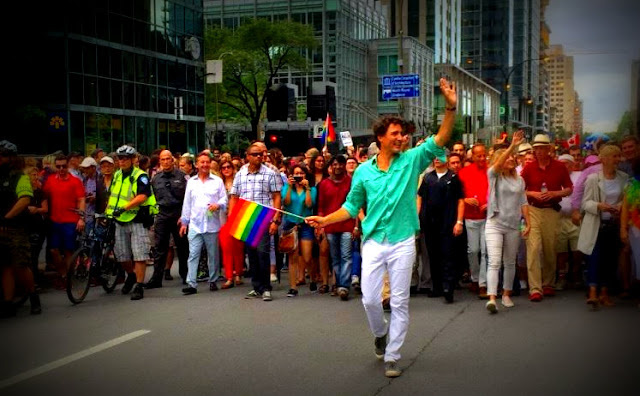 Well there he was yesterday, marching in Montreal's gay pride parade, just like he did in Toronto and Vancouver.

And no doubt winning tens of thousands of new supporters.

But what's just as significant is the way Trudeau is going after the votes of young Canadians.

And the way they are answering the call to join his youth council.

Newly released figures show that more than 9,000 young Canadians have applied to sit on a youth advisory board that will meet regularly with Prime Minister Justin Trudeau.

As of Friday morning, there were 9,929 applicants to be on Trudeau’s youth council, according to data provided to The Canadian Press. A further 22,027 started the application process, but had yet to finish it before Friday’s deadline.

For in a country where the young have been criticized for being apathetic about the political process those numbers are extraordinary, and it is a very smart move.

It’s at once a shrewd political and policy development move for the government, says David Coletto of Abacus Research, who has conducted research on the views of young voters during last year’s election.

Political, he says, because it’s a way for the Liberals to keep the young voters they won over in the last election in the fold for the next trip to the ballot box in 2019.

For those young voters are the future.

In the last election they turned out in large numbers, and helped win Justin Trudeau his majority. 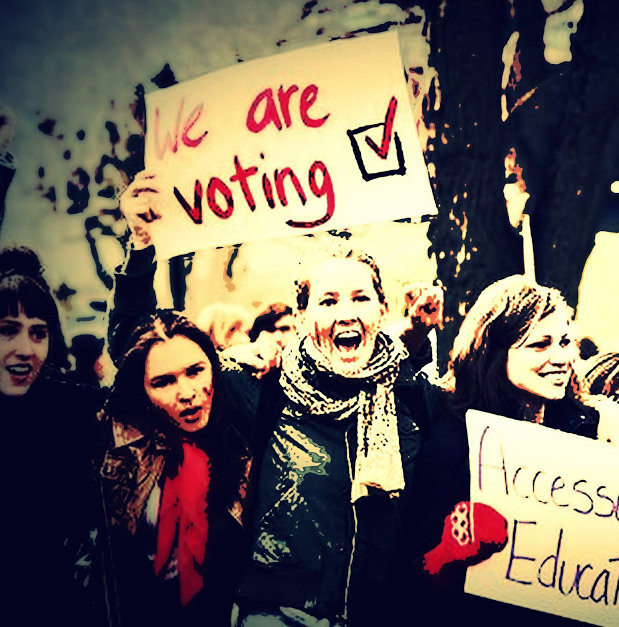 Droves of young voters showed up to the polls last October, leading to the biggest gains in youth voter turnout since the new millennium.

And since even more young Canadians will be eligible to vote in the next election, they will have an even greater role in determining the winner.

And their priorities will ensure that the Liberal platform will be more progressive.

The applicants are more interested in human rights and social justice than policies about infrastructure, families and social programs, which lay at the heart of the Liberals’ election platform. There is an interest in jobs and the economy, but a larger focus on health and mental health as well as the environment.

Just like Bernie Sanders' followers will make sure that the Democratic Party's platform in the 2020 U.S. election is a lot more progressive than it is now.

Which will be good for people of ALL ages in that country, as it will be in Canada.

And as it is in Scotland... 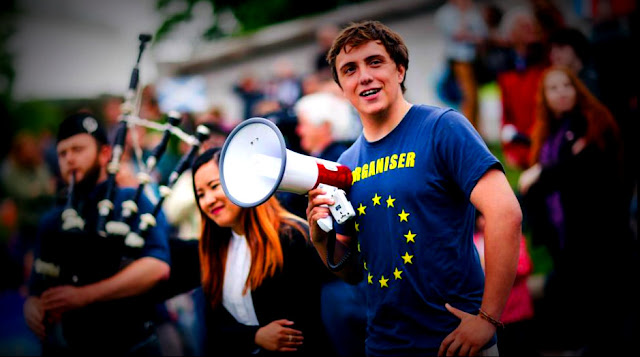 Where the decision to allow 16 and 17-year-olds to vote is putting pressure on the SNP government they helped elect, to come up with a more progressive agenda.

And is something we need to push for in this country.

Especially since studies show that the sooner the young get involved in the political process, the more likely they are to keep voting as they get older.

The Cons don't stand a chance of attracting many young voters with their reactionary policies, and their appalling record.

Or these kind of leadership candidates... 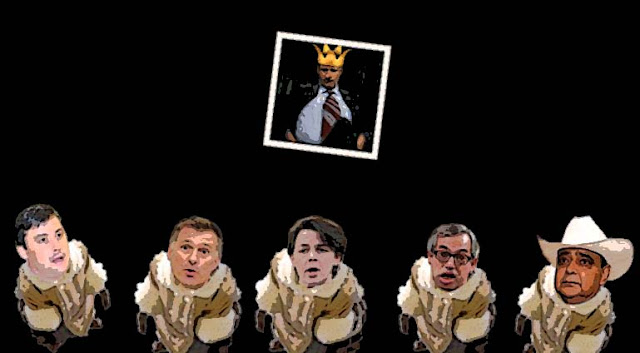 None of whom can appeal to young Canadians like Justin Trudeau can.

So not only will the new generation ensure that the future belongs to us.

They will help bury the Cons forever... 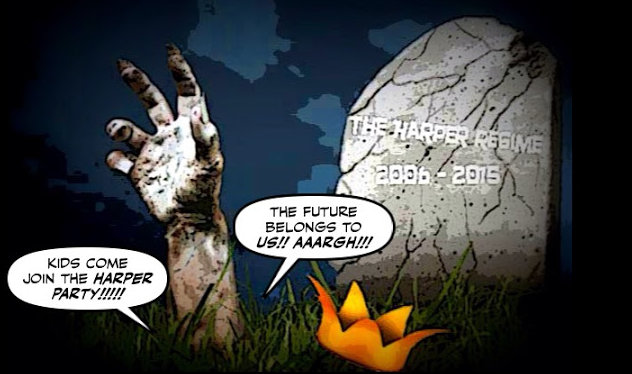 Trudeau a progressive on social issues; a neoliberal on economic issues. He's banking on the TPP to rescue the Canadian economy. Anyone who listens to Jr. on the economy and listens to what Dr. Jill Stein and Bernie Sanders say, the difference is night and day.

We need an FDR New Deal or civilization is toast. More Reagan/Thatcher/Mulroney is the complete and utter opposite of a New Deal. It's MOAR old deal economics of Ricardo and Friedman. No future (but with a rainbow flag wrapped around it to make the end look pretty. It won't be.)

Justin Trudeau accurately represents the utter moral bankruptcy of Western Civilization and Liberal Democracy itself. Modern liberalism is an unstable synthesis of radical individualism and radical, egalitarian, collectivism that are at odds with each other.

It is a hedonistic, materialistic, atheistic ideology that is at odds with God and natural moral law. With its abortion clinics, euthanasia, assisted suicide, homosexual marriage, transgenderism, drug promotion and use, rampant pornography, sexual exploitation, vulgar entertainment and music, it is manifestly evil in nature.

Its economic policies in the pursuit of hedonistic and materialistic wealth generation social programs has lead to massive levels of debt world wide that can not be sustained.

The global economy will collapse by the next election which will be compounded by the out break of a third world war.

This is the future that young people face.

Modern Liberalism with it internal contradictions and it manifest evil is the full blooming of the culture of death that Pope John Paul the second warned the world about. It is a cancer in the very soul of Western Civilization that will bring the world to ruin in conjunction with the cult of Islam.

Islam is intrinsically evil, for what is written in the Quran, Hadith, and Surah is evil and violates both natural moral law and divine law has handed through the Jewish prophets and revealed through Jesus of Nazareth.

For according to these texts, the false prophet Mohamed is a war monger,thief, murderer, mass murder, rapist, and pedophile. Sharia law which arises from these texts does not come from God but the devil. For Mohamed and his family were jinn-devil worshipers.

Islam arose from Arab occultism and a great evil has arisen from it.

John, If you think any leader has the power to change the world. You are living in a dream. Dreams are not action.
As for abortions etc, that is the women's choice. It is not up to any politician to make that choice. Irene

I am pointing out the evil of modern liberalism which is a cancer in the soul of Western Civilization. It is an evil ideology. The fact you think abortion is a woman's choice show that you buy into this evil ideology. The right to life from conception to natural death is a fundamental inherent natural right given by God to human beings. With out this right other natural rights are moot.

JOHN R I know my bible. It does not say all those stupid remarks you spew. Grow up. I am a functioning woman who has the right to tell you what really is. I am surprised that Simon even allow's you on this site.
Go to your Con site and chat all those lies with them.They will believe you, no doubt.