The Cons and the Cult of Political Violence 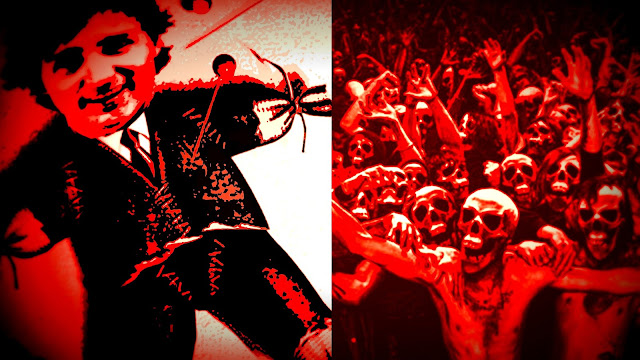 The other day I wrote about how the threat of political violence was growing in Canada, and about all the death threats aimed at Justin Trudeau.

I wondered why the Ambrose Cons weren't doing anything to rein in their violent supporters.

And I also wondered why the MSM had ignored this story for so long, even though it's so obvious, so disturbing, and so dangerous.

So I'm glad to see that Chantal Hébert has noticed a foul stench in the air.

And has let her nostrils lead her to the source of the problem.

While scores of Canadians were spending the summer smugly lamenting the ugly tone of the American presidential campaign, Canada’s Conservative party was allowing calls for the assassination of Justin Trudeau to be posted on its Facebook page.

Trudeau is hardly the first prime minister to be vilified by bottom-of-the-barrel opposition supporters.

But to openly call for the death of a prime minister goes way beyond venting. And for the Conservative party — an organization that as recently as a year ago was running the federal government — to play host on its Facebook page to an accumulation of such comments is astounding.

And although the Cons are vowing to clean-up their Facebook page, that will only bury the hatred.

The insane hatred that as Hébert points out, like I did, the Cons created and are still fuelling.

Perhaps because so much of the material the party puts out is devoted to attacking the Liberals, its comments section oozes anger. 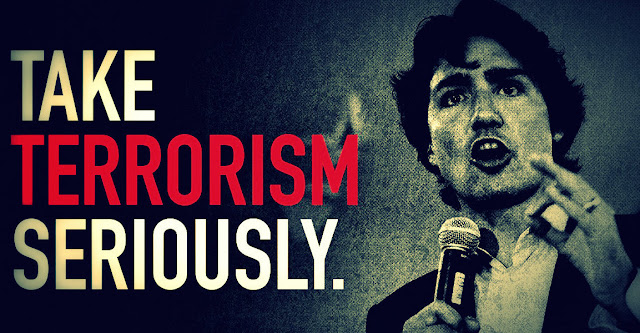 And ministers like the kind and decent Jane Philpott... 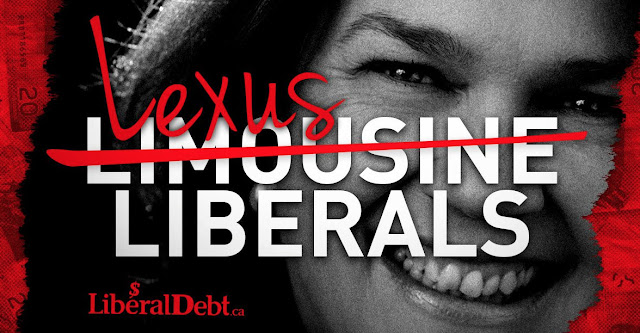 But what Hébert forgets to point out, is that the Cons are just following the playbook their depraved founder wrote for them.... 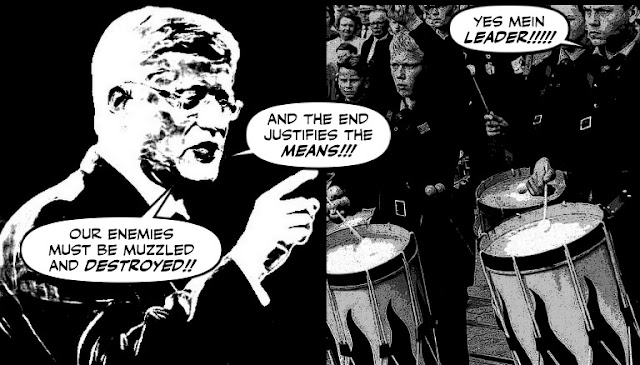 For Stephen Harper was the one who introduced the ugly American-style politics of personal destruction into our country.

The one who used hatred and bigotry as a weapon.

The one who raised the little monsters in the PMO who are still running the party... 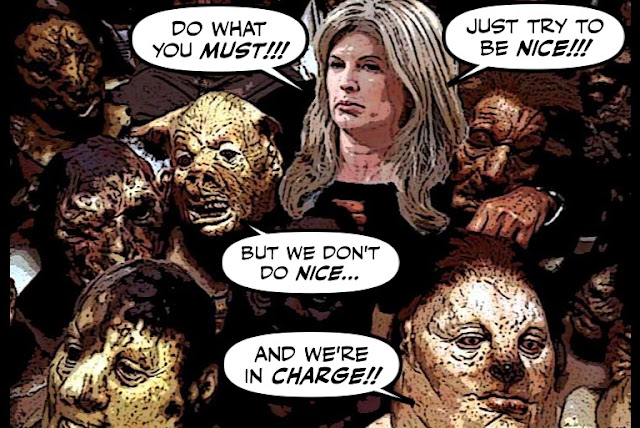 And unless Rona Ambrose can control them, or fire them, the hatred will continue.

And if she can't control them, she should resign.

We voted for something better last October... 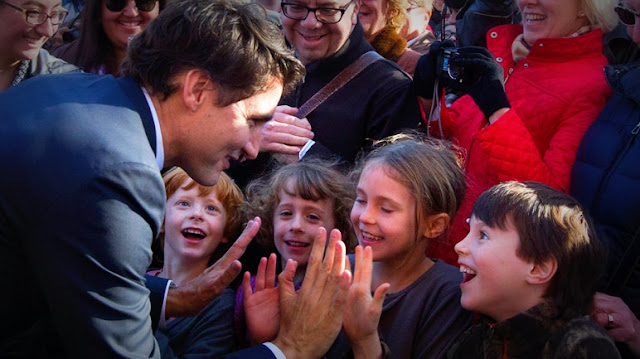 And now we must be prepared to defend it, from the Con bullies who would destroy it.

The hate mongers must be exposed, and shamed.

The violent ones must be charged and jailed.

Before the deadliest legacy of Stephen Harper leads us to tragedy.

And sets this country on fire... 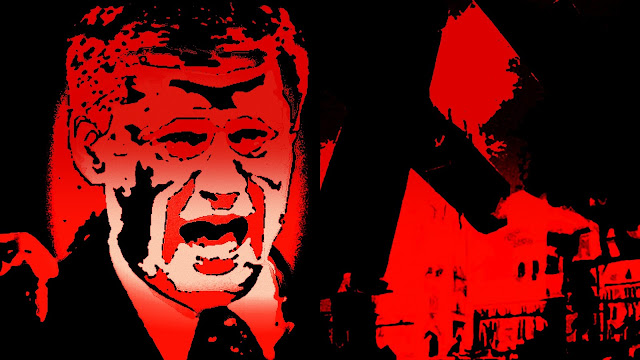 Thanks for calling this out for what it is. It is disgusting.

Yes and Trudeau's security detail must be having kittens.

Unfortunately, we do have some real nut-cases in Canada. Having something that looks like the imprimatur of the Cons website has to be very worrying.

I would hope that the RCMP do a bit of 'visiting' or arresting of some of those posters. Those statements are very illegal and extremely dangerous. Probably a quiet visit from a couple of RCMP members would suffice and avoid giving the rabid right-wing nut jobs a martyr.

Simon, I don't know if you knew about this link here, but should I doubt Rabble?`http://rabble.ca/columnists/2016/07/trudeau-continues-harper-assault-on-human-rights

Don't bet on it. What makes you think the RCMP actually care?

Just how loyal are they?

Those are the questions that the PM should be asking.

And therein lies Harper's legacy of fueling hatred in this country, the likes of which we've never seen before. I'm sure he's proud of his scumbag supporters who would threaten JT and his family because I truly believe Harper is as sick and depraved as those who utter their threats and that's why I hope he rots in hell.
It's quite telling the kind of lowlife that's attracted to the Cons. To me it's like the apple that doesn't fall far from the tree.
JD

hi anon...you're welcome. I'm just stunned that so few others have condemned what seems to me a giant terrorist conspiracy. For the day we accept that situation is the day our democracy dies....

hi jrkrideau...yes kudos to Chantal Hébert, who I must tell you has been attacked by the Cons in a most disgusting manner for having written that article. When in fact she was only doing her duty, for those violent threats have been multiplying exponentially and those who are making them need to be stopped. And yes I hope the RCMP is quietly warning them, for I'm sure just a visit would be enough to scare those cowardly thugs out of their minds. And it has be done, for while most of them are just blowhards they could inspire some crazy to actually try to kill Trudeau. And we need to make it clear that there is no place for that violent rhetoric in Canada....

hi anon 10:42...I have no reason to believe that the RCMP doesn't care about protecting Justin Trudeau. For I saw them in action at the Pride parade and they looked pretty serious and professional to me. The problem is that Justin likes to wade into crowds so he is hard to protect. Which makes it even more important that those who make death threats are squished like bugs....

hi anon... violent hatred can only lead a country to tragedy and disaster. I saw it in Northern Ireland with my own eyes when I was a boy. And although I have criticized the Cons as harshly as possible for almost ten years, never did it even cross my mind to threaten their lives. I don't believe in violence, it's not right, and it's not Canadian. And those who do make violent threats should be treated as terrorists for that's what they are...

hi Myworld....I'm sorry to say that Rabble has become the seats home of old and embittered NDP types who hate Justin Trudeau as much as the Cons. And that article is a good example of that. The writer ignores all the things Trudeau has been doing to dismantle Harper's legacy, and elevate the rights of women, aboriginals, and LGBT Canadians. And to suggest that Trudeau is just another Harper is simply insane. The author focuses on several individual cases that concern questions of national security. And while it's true that the Liberals have been acting very conservatively or cautiously in that area, who can blame them after those terrible attacks in Europe and other places? But they are bringing in changes to provide a greater supervision of the RCMP and CSIS, and unlike Stephen Harper I don't think we have to fear that Justin Trudeau will turn us into a police state anytime soon....

hi e.a.f...yes good for her, and as I mentioned above she has paid for having the courage to write that article by having the Cons attack her like rabid animals. When in fact they should be apologizing for their hateful rhetoric, for it couldn't be more diseased or more dangerous....

Please, PLEASE tell me there is a copy of that photo floating around somewhere... yep, right here - http://www.cbc.ca/news/canada/newfoundland-labrador/michelle-rempel-calls-out-comedian-mark-critch-for-insensitive-instagram-1.3738412