Benjamin Perrin and the Murky Case of Jason Kenney 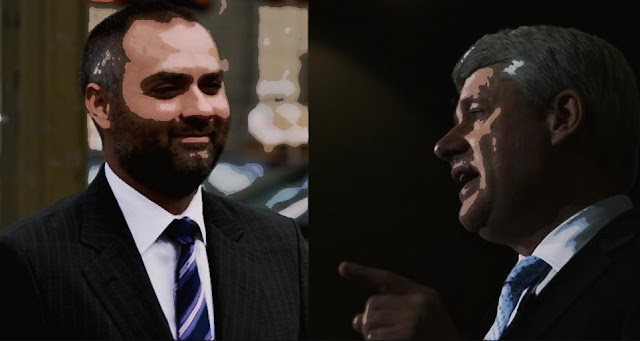 You may remember Benjamin Perrin, the PMO lawyer who worked for Stephen Harper at the height of the Duffy Affair.

But who later turned against the Con regime declaring that it had lost the moral authority to govern.

Well now he's taking aim at one of that regimes most infamous members. 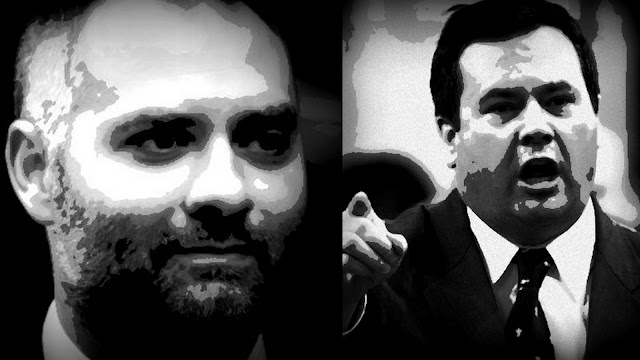 But if Perrin was hoping for any answers from the man who would unite the right in Alberta he was out of luck.

Because these days Kenney isn't opening up about much, including his platform.

He opened his campaign office in Calgary on Monday, but Jason Kenney says he's not yet ready to open up about his political platform as he continues his bid for the leadership of Alberta's Progressive Conservative party.

Because goodness knows he doesn't want to give anybody the idea that he is violating any provincial laws by jumping the gun in the PC leadership race.

Alberta’s NDP, the governing party, is asking Elections Alberta to investigate whether Mr. Kenney’s fundraising violates provincial laws. The NDP, in a letter to the agency Wednesday, argued that Mr. Kenney is on the wrong side of donation and spending rules because the PC leadership race has not formally started.

Mr. Kenney kicked off his PC leadership bid in July, but the race is not officially open until October.

Or shamelessly exploiting a gap in the province's election-spending legislation.

And as for collecting his MP's salary while campaigning for another job, well that's no problem either.

"Well, you know what, normally in August, in the past I'd be doing French immersion and nobody would be complaining," Kenney said.

"Some MPs take a little bit of time off in August. Instead, I'm driving around — no vacation — talking to Albertans about issues that matter to them and I continue to perform my functions as an MP."

So all we know about his platform is that he will go after the province's medicare system by encouraging privatization.

He will screw farm labourers, and he will scrap the NDP's plan for a carbon tax.

Which only make sense because Kenney is, and has always been a grubby oil pimp, like his depraved leader Stephen Harper... 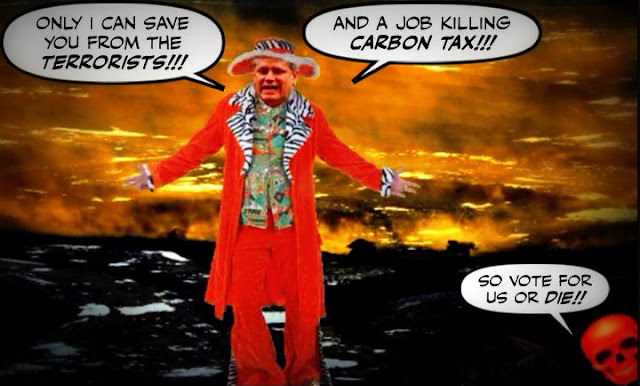 And his campaign manager John Weissenberger is a well known climate change denier.

As Kenney leads a crusade against Alberta's policies tackling climate change, it turns out the man running Kenney's leadership campaign was once described as a "global warming critic" by the Globe and Mail.

He's suggested those who agree with the scientists are participating in "wacky mass-behaviour," dismissing climate change concerns as nothing more than a "sociological phenomenon," a "popular delusion" and yes, even as a form of "collective psychosis."

As well as being Stephen Harper's really good friend.

One of Prime Minister Stephen Harper's close friends has been awarded a government posting that the opposition says smacks of political cronyism.

Which I believe tells us all we need to know about Jason Kenney's campaign. 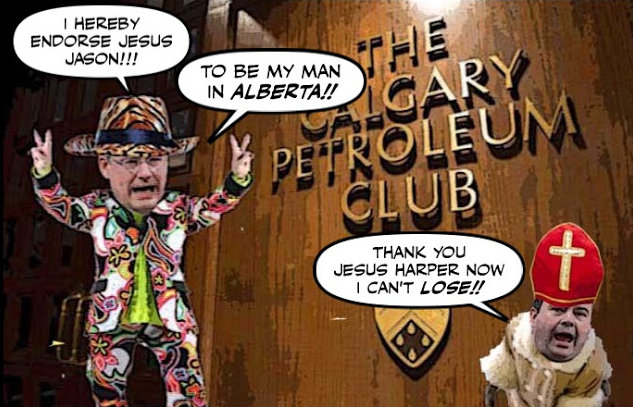 Who is really behind it, and why those ghastly oil pimps need to be defeated.

They got away with it for almost ten years.

But the planet is burning.

And this is where they belong... 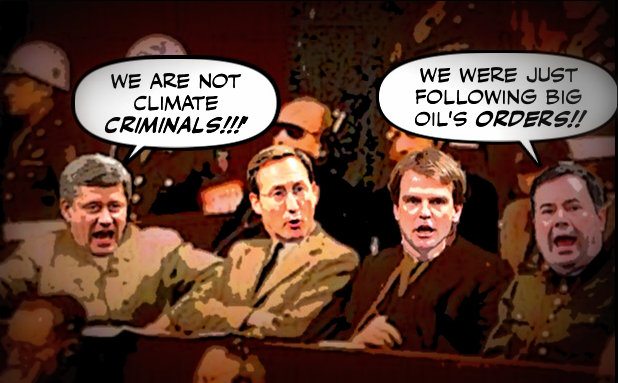 It is interesting to see just how badly Kenny seems to have misread the Alberta political landscape. Of course, one does not really expect a Con ex-cabinet minister to have a good grasp on reality.

Did he miss the NDP victory?

Still, as a strong supporter of schadenfreude I continue to watch his campaign.

He said that, in fact, Mr. Kenney is very divisive.

“New Democrats we talk to strongly disagree with Mr. Kenney on a number of things – be it collecting his MP salary while campaigning for a new job, his campaign’s climate change-denying positions, or as we learned today, his plans to bring in private health care.”
http://www.theglobeandmail.com/news/national/kenney-expects-ndp-supporters-will-join-his-unite-the-right-movement/article31425509/

If Mr. Kenney really wants to unite Albertans he should be saying that a provincial sales tax is the best way to balance the budget.

Any talk of a provincial sales tax will sink his campaign for sure.

In true Kenney Con doublespeak "unite Alberta" means divide Alberta.Hopefully the damage will be limited and given no other option he will take his taxpayer sponsored welfare (retirement) payment, move to some tax free haven and dream of the prehistoric days when the Cons ruled the North.
RT

To be honest most Albertans would support a Unite to the Lougheed Center to care about ALL Albertans and support all industries while carefully helping the largest stake holders. That is the ONLY smart move...