Donald Trump and the Monstrous War on Children 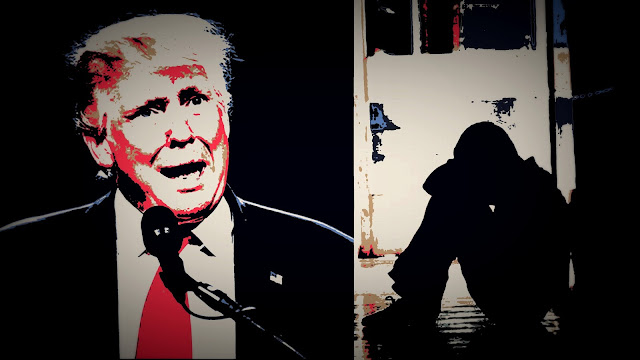 With every day that passes Donald Trump looks more like a loser, and less like the next American president.

As he now spends most of his time blaming the media for his sagging polls.

As only a loser could.

But tragically even when he does go down in flames, his monstrous legacy will almost certainly live on. 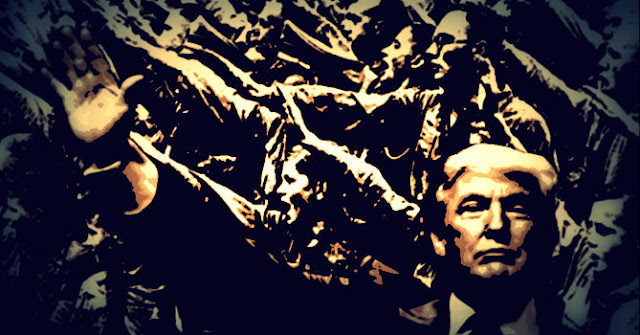 For as Nicholas Kristof writes, he is making America meaner.

Among any nation’s most precious possessions is its social fabric, and that is what Donald Trump is rending with incendiary talk about roughing up protesters and about gun owners solving the problem of Hillary Clinton making judicial nominations.

He has unleashed a beast and fed its hunger, and long after this campaign is over we will be struggling to corral it again.

By not only unleashing a beast that is poisoning adults, but one that is also poisoning children.

“We’ve spent the last 15 years fighting bullying in schools, and the example set by the Trump campaign has broken down the doors, and a tidal wave of bullying has come through,” said Maureen Costello of the Southern Poverty Law Center. 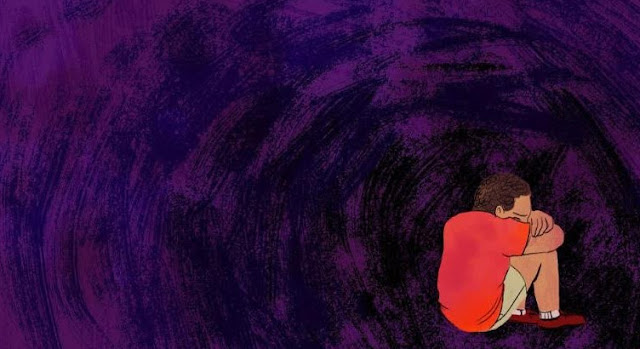 “My students are terrified of Donald Trump,” says one teacher from a middle school with a large population of African-American Muslims. “They think that if he’s elected, all black people will get sent back to Africa.”

In Virginia, an elementary school teacher says students are “crying in the classroom and having meltdowns at home.”

Who would frighten children, or turn them into bully bigots like himself.

Many children, however, are not afraid at all. Rather, some are using the word Trump as a taunt or as a chant as they gang up on others. Muslim children are being called terrorist or ISIS or bomber.

“Students are hearing more hate language than I have ever heard at our school before,” says a high school teacher in Helena, Montana.

And for that reason alone Trump deserves to be beaten and humiliated until he screams for mercy... 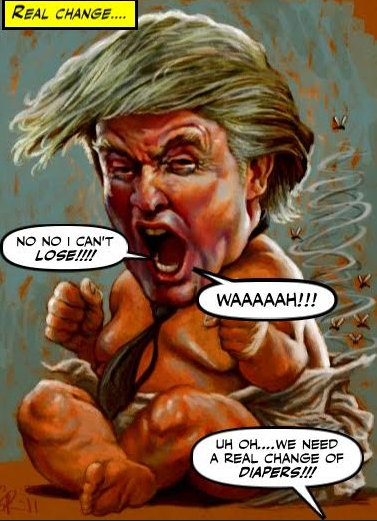 As you may know I hate bullies of all stripes with a passion. I tried my best to protect myself and other kids from them when I was in high school. And I worked hard for almost ten years to help defeat the bully Harper.

So I find it really frustrating that I can't do much to help our American neighbours defeat their foul fascist bully.

But the good news is that young voters in that country are preparing to take on the monster in record numbers.

Democratic presidential nominee Hillary Clinton is consolidating the support of the Millennials who fueled Bernie Sanders' challenge during the primaries, a new USA TODAY/Rock the Vote Poll finds, as Republican Donald Trump heads toward the worst showing among younger voters in modern American history.

And they will not only help defeat him, they will help destroy the Republican Party.

The findings have implications for politics long past the November election. If the trend continues, the Democratic Party will have scored double-digit victories among younger voters in three consecutive elections, the first time that has happened since such data became readily available in 1952. That could shape the political affiliations of the largest generation in American history for years to follow.

Yup, the future is on the march, in America as it is in Canada.

May the monster be beaten.

And may the children help destroy him...

Labels: bullying, Donald Trump, The Death of the Republican Party, The Race for the White House, young voters

Bloody hell!. I'm over 60 and no kids, so stupidly I did not think of the effect the effects Trump could be having on kids.

The Olympic fencer's statement was bad enough, but this is terrible and the worst is that given Trump's insane policies some kids might be deported, legitimately or not.

Is it my imagination or is the USA in some kind of meld-down?

Note: I think that deporting kids who arrived in a country (Canada included) at one year of age or so is a crime against humanity but legally some bastards (Harper?) can get way with it.

The GOP, on the other hand, is not going away any time soon....