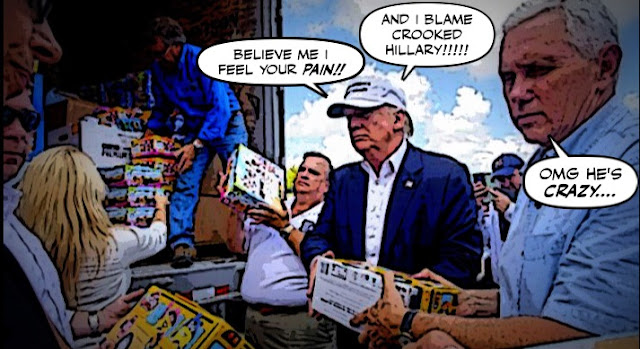 Well there he was in flood ravaged Louisiana yesterday, trying to portray himself as a kinder, gentler Donald Trump.

The great uniter instead of the great divider.

But let nobody be fooled by those hollow words. 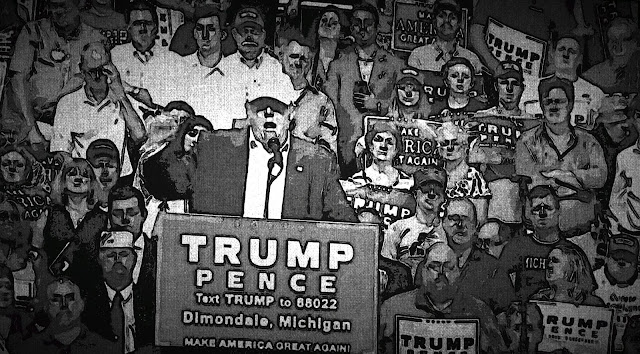 For at a rally later in the day his supporters were still howling "Build the wall" and "lock her up."

And then there was his new campaign ad...

Which couldn't be more disturbing, and makes it only too clear that Trump will NEVER change.

For not only is it practically a carbon copy of his first primary campaign ad back in January of 2015...

It sets a new record for the number of lies per second.

And makes a farce out of everything Trump said the day before.

You know, some pundits are suggesting that for Trump even losing is winning.

People run for the presidency for all sorts of reasons. But Donald J. Trump may be the first to run because he sees a presidential campaign as the best way to attract attention to himself. There seems to be no other driving passion in him, certainly not the passion to govern.

Attention has always been the foundation of Mr. Trump’s modus operandi. Basically, he sells his name: Trump steaks, Trump water, Trump University. You have to hand it to him, though. He discovered that, in a celebrity society like ours, where so many people are competing for attention, running for president puts you a leg up even on the Kardashians.

And that he's only interested in using the media attention he is receiving to become a media mogul, or America's new Citizen Kane... 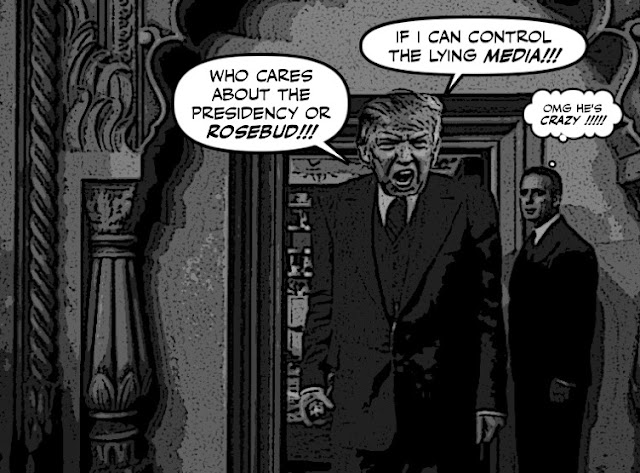 Sarah Ellison of Vanity Fair and Brian Stelter of CNN have speculated that Mr. Trump may want to use his new notoriety to build a media empire. His alliance with Mr. Bannon may help him do that. So may his reported linkup with Roger Ailes for campaign advice.

One can well imagine a postelection Citizen Trump crowing that while Hillary Clinton is saddled with four years of headaches and a measly $400,000 salary, he is using the attention he got to make billions more as a media mogul.

And they may be right. It may be The Donald's biggest deal or most outrageous scam.

But what is now absolutely clear, is that with eighty days to go the U.S. election campaign is about to become even uglier and crazier.

Whatever Trump really wants to be, he is a deranged narcissist, and a dangerous demagogue.

And if he is not stopped he will set his country on fire... 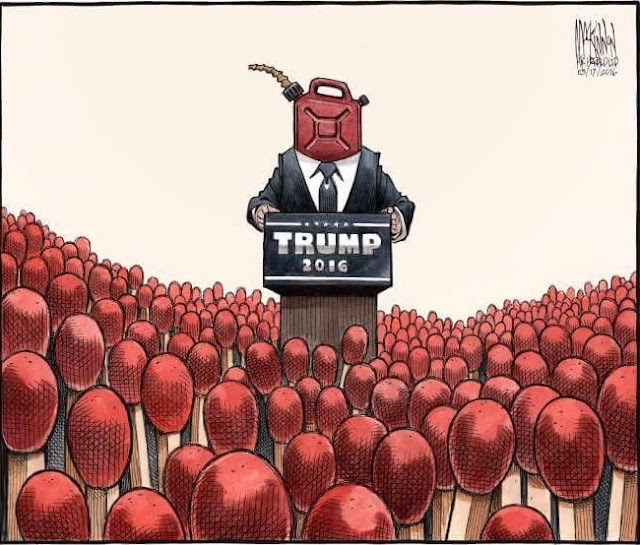 Labels: Donald Trump, Republican attack ads, The Death of the Republican Party, The Race for the White House

As long as one billionare has to pay taxes no billionare will ever be a trillionare.

Hillary has been spending millions on television ads. Trump is just getting started. Once he starts running those ads in battleground states it's game over for Clinton. MAGA!

I agree, Hillary is as phoney as a progressive as Iggy was as a Liberal.