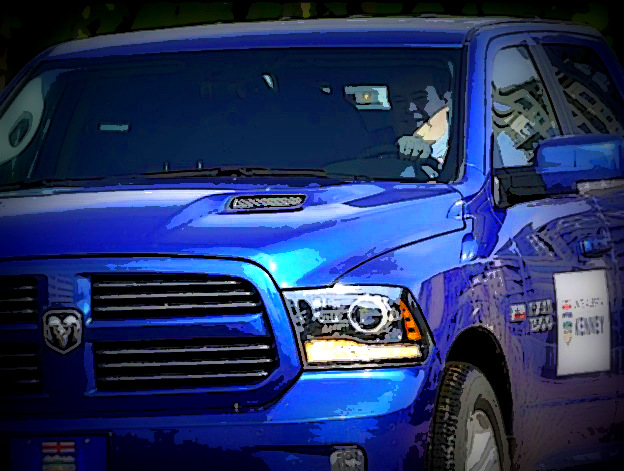 For more than two weeks Jason Kenney has been rolling around Alberta in his foreign made pick up truck.

Raising money for his campaign to unite the right, while collecting a big juicy pay cheque from his other job in Ottawa.

As our useless Con media looked on and said nothing.

With the editorial board of the Ottawa Citizen demanding that Kenney stop using OUR money to look for another job.

There are not many jobs where one can get paid full-time to look for other work, but Jason Kenney, who’s busily running for the leadership of Alberta’s fractured Progressive Conservative party, has got one: being a member of Parliament.

Kenney has been repeatedly criticized for taking an MP’s salary without doing the work ever since he announced his leadership bid in early July. He has never given a satisfactory answer as to why it’s the right thing to do.

For while what Kenney is doing may not be illegal, it is unethical, it reeks of hypocrisy.

His actions are indefensible; even more so because Kenney is a former head of the Canadian Taxpayers’ Federation and styles himself as fiscal hawk. Aaron Wudrick, the federal director of the CTF, has said, “Politicians are elected, and paid, to do a job. If they are not doing that job, they shouldn’t be getting paid for it.”

With what part of that simple statement does Kenney disagree?

And it is just a blatant attempt to give himself an unfair advantage in the PC leadership race...

But then how can we blame him?

When Stephen Harper endorsed him, and is now also enjoying a long vacation at the taxpayer' expense.

And then there is former prime minister Stephen Harper, who announced in May that he would resign in the fall. Did he need the taxpayers to cover the cost of his summer?

Having apparently forgotten how badly that worked out the last time... 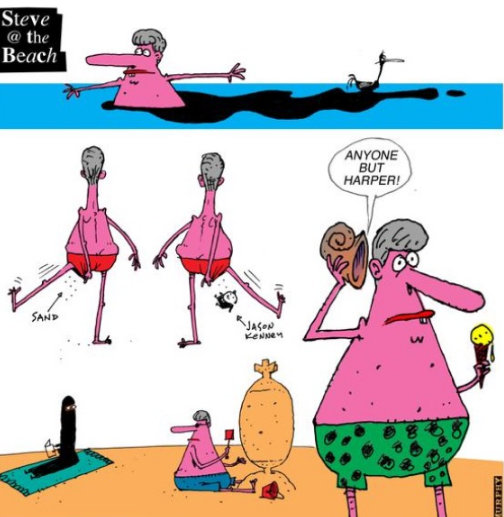 And these are the burning questions that must be answered:

How cheap would Harper and Kenney sell what's left of their integrity?

Perhaps the entitled behaviour of these Conservative politicians wouldn’t seem so bad if they hadn’t cast themselves as guardians of the public purse. In Jason Kenney’s case, he has created an unnecessary ethical issue, all so he can collect three months of pay. It seems a low price for one’s integrity.

And why after ten years of pure hell would Albertans want another four?

The people of that proud province deserve better.

And Kenney should stop scamming them and resign tomorrow... 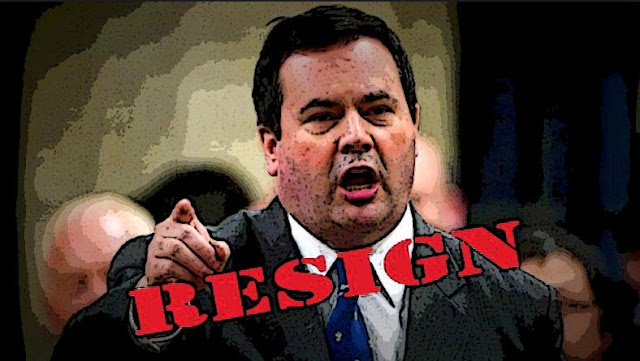 "The people of that proud province deserve better."

.. Jason the Kenney .. in a very very odd way, kind of mirrors the construct that is the Stephen Harper Conservative Party.. ie The ReformaTories.. And in myriad other ways.. Jason the Kenney reflects the mean minded little macro or mackeral aspect of the ConservaTories such as Ezra, Ray Novak, Cement Clemente, John boy Baird, James #ridemewilfred Moore, and all those other dullustrious deleriums like Kellie Leitch, Jenni Byrne et al.. So we should all get behind the feckless fearless fosdick Jason as he roams the western perimiters of his electoral riding, haunting laundromats and gas station washrooms, chowin down BBQ ribs n big Macs supersized all the while unstupervized by the Great Big Harper Bad Man.

Like the late great mayor o Toronto.. Rob the Large.. and recently to the south.. the Trump snoutman.. pigwarts like Jason parade their wares & inform us all that they represent hordes of similar pigwarts..

In closing, Simon.. (and keep up the fine work) .. we need to see Jason the Kenney as a kind of shifty distorted but truly useful social spectacle ! Kind of a transient transcendental triumphant buffoonery to remind coherent concerned Canadians to look both ways twice before crossing one way streets, indeed all streets! Always know where your children or parents are.. and avoid loudmouth snouts, snots, robots & strange men selling bad medicine from the back of blue pickup trucks

Surely its a bad omen for Kenney's political future when the Con media start to eat their own.However Kenney is probably so engrossed in using the local election tactics that worked for him in the past that he hasn't noticed he has been swimming in a larger pond for some time and once you develop a brand name people actually remember past performance and not just today's election promises.Why else would he make an open mockery of his claim to be a champion of the average taxpayer or allow Wikipedia to publish a detrimental biography that shouts "if you want a clown I am your man" without attempting to soften it? Must still figure the average voter has the attention span of a Knat.
RT

If narcissistic Justin Trudeau can go on vacation and photo bomb other people's pictures while Parliament is adjured for the summer, then Jason Kenny can campaign for the PC leadership.

What he does in his spare time when Parliament is out is his business. It seems evil secular social liberal a.k.a. so called "progressives" don't get this.

Anonymous said...
This comment has been removed by a blog administrator.
8:56 PM

you never take your shirt off do you?

In my opinion neither Kenny nor Harper ever had any integrity.

Their positions on being fiscally responsible was for other people not themselves. that Canadian Taxpayers federation usually only goes on about taxes being spent on people not corporations so I never gave them any heed. They are a waste of money.

In B.C. the tax federation, they shrill for the anti union bunch and support almost anything the B.C. Lieberals propose, especially when it concerns social program--social programs bad, tax breaks to foreign corporations good.

I do take my shirt off at the beach, but I am not narcissistic like Justin Trudeau and do not photo bomb other people's pictures. This appears to a tendency of so called "progressives".

Kenney's "net approval rating only two per cent" you say. Quess that is why he is keeping his day job salary. Expect him to drop out of the "race" and return to his desk and salary in Ottawa shortly. He can sit there and do nothing and collect that salary for at least another 4 years. wouldn't be surprised if harper did the same. Those types of salaries and benefits do not grow on trees.

But why campaign while he is still collecting his MP salary? This is one Conservative Albertan who definitely doesn't want this Ontario import buggering up the province. And sorry, but fear-mongering doesn't work on me either. We don't need him we don't want him. Period.