The Hollow Victory of the Con Bigot Ezra Levant 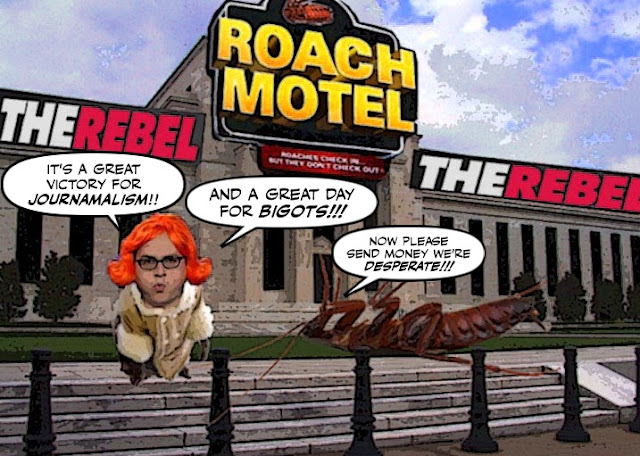 I wasn't planning to write anything more about Ezra Levant's great "victory" over Rachel Notley's government.

But after seeing the tongue bath he is receiving from our Con media, I thought I should make one thing clear.

Notley made a mistake by banning Levant on the grounds that neither him nor his racist roaches are journalists. Because anyone can be a journalist.

But he should be banned from all clean and decent places because he is a grubby bigot.

The hate monger who would say this about the Roma in the same kind of language the Nazis used against them.

“These are gypsies, a culture synonymous with swindlers. The phrase gypsy and cheater have been so interchangeable historically that the word has entered the English language as a verb: he gypped me. Well the gypsies have gypped us. Too many have come here as false refugees. And they come here to gyp us again and rob us blind as they have done in Europe for centuries … They’re gypsies. And one of the central characteristics of that culture is that their chief economy is theft and begging.”

Before they murdered them.

And Levant only apologized because he was afraid he was going to be charged with spreading hate.

As he does every day against Muslims and refugees...

For he is a ghastly bully.

He has waged war against all LGBT children in our schools by fighting every measure designed to protect them from bullies.

And supporting the most disgusting anti-gay bigots like Bill Whatcott... 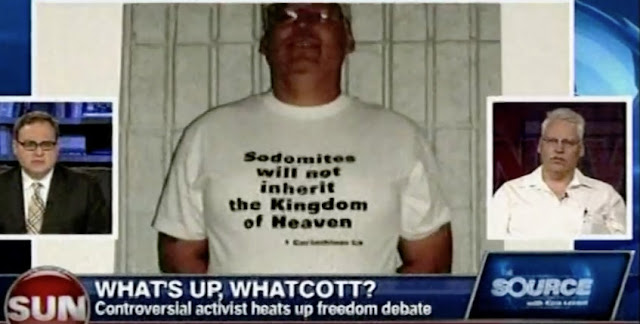 You know, the one who mailed a turd to the Governor General.

And as if that wasn't foul enough, Levant is also a ghastly hypocrite.

It was my possession of the only recording of his racist anti-Roma tirade after Sun News thought they’d effectively purged it from existence - a recording which aided in forcing him to, again, issue a grovelling apology - which cemented his disdain for me.

When Levant ventured out to greet people, he accidentally offered me a hearty “Hello, and welcome!” before recognition set in, after which he frantically turned-tail and rushed away, shouting that I was “not welcome here,” refusing to answer when I asked him to come back, face me, and explain why.

And when it comes to yours truly, is also a miserable coward. 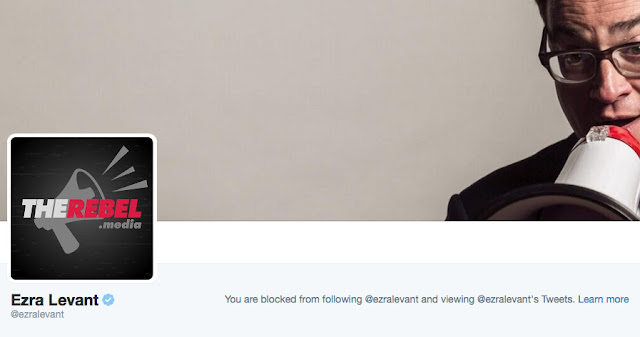 None of which will ever stop me from standing up for Levant's many victims.

Or saying that if the Con media in this country thinks that his victory over Rachel Notley's bullied government is a great victory for journalism in the digital age, they couldn't be more wrong.

It's only a hollow victory for bigotry, which in a decent country should take precedence over everything.

So the Con media should be ashamed of themselves.

The Rebel should be charged with spreading hate.

And of course, and as always.

The bigoted hog should be jailed... 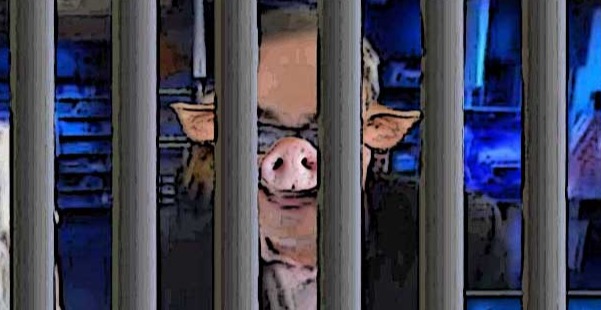 Government announced that there will be an M P led examination of today's media. Seems that Hedy Fry will lead it, but not sure. Anyhow, may be a forum for some discussion. I know that I will take time to write something to a formal committee. Our democracy, gotta love it!

Mr. Simon...I too despise Ezra Levant, and it's true he doesn't practice journalism, his hate speech and race baiting is grotesque, jail time would be too good for Ezra Levant..

However, the more I think about it, ...I'm glad Ezra Levant is doing what he is doing..

Levant, Lilly, Sheila Gunn reid and their ilk will remind decent Canadians why the voted out Stephen Harper and the Conservative party..

Let the Rebel be the face of the Conservative Party of Canada..

Levant blocked me from both his twitter account and that of The Rebel's. My transgression? I had merely pointed out the fact that The SUN had to print and publish retractions for his libelous op-ed pieces to keep from getting sued. That's right: Ezra doesn't like facts when they're embarrassing to him. Some fucking journalist, hmmm?

hi salamander...I really don't know how else to describe it. I can't believe the amount of support and publicity Levant and his foul gang are getting in the MSM. With none of them calling them what they are, bigots...

hi TS... I'm interested to see what they can come up with, but I am not too optimistic. The only way they can save conglomerates like Postmedia is to break them up or subsidize them. I'm not sure there would be buyers for many newspapers, and subsidizing Postmedia would only be subsidizing a Con operation so I'm against that...

hi rumleyfips...I don't understand why you keep saying that. Is there some court case that I don't know about? I would love to see Levant have to pay for his genocisal words against the Roma, but so far all I see is his half hearted apology...

hi Grant....well you know you may be right, that ugly strain of right-wing extremism can serve to remind Canadians of the viciousness of the Harper regime. They are the scum of the earth but they could be our useful bigots...

hi Grant... Thanks for the link and it is an excellent post. And I'm glad to see you are as offended by the MSM reaction as I am. I keep wondering about the influence of Big Oil and whether they are secretly providing the cash strapped media with funds, to promote their interests and of course protect their man Levant. The MSM are vulnerable and desperate and that makes them dangerous...

hi Adrian...well isn't that typical? Levant likes to dish it out, but he can't take any criticism. But at least you were blocked for doing something. I have never sent a single solitary comment or tweet in his direction and still he blocked me. Yes, as you say, the man is a coward and certainly no journalist...

What do folks think about this?