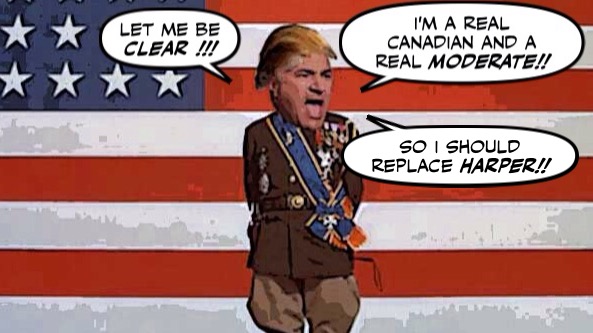 Well it's looks as if Kevin O'Leary has blown his last chance for a new career in politics.

He's too late to run for the Tea Party in the United States, even though he lives in Boston.

And now he's just destroyed any hope he had of becoming the new leader of the Harper Party.

Because his embrace of peacekeeping is going down like a lead balloon.

Should Canadian businessman and reality TV star Kevin O’Leary decide to run for the Conservative leadership, he’ll have a hard time winning over Conservative supporters with his musings on foreign policy, strategists suggest.

O’Leary told News Talk Radio 580 CFRA on Tuesday that he doesn’t “want to bomb or get involved in any campaigns as a Canadian other than keeping the peace. We are the only country along with the Finns that can do that, and we are wasting our equity.”

With one Con after the other recoiling in horror.

Susan Elliott, a Conservative loyalist and principal at Strategy Portal, thinks O’Leary’s defence policy is an odd stance for a potential CPC leadership candidate to take — and suggested it won’t sit well with Conservatives.

“He must be doing it to differentiate himself, and perhaps to appear less hard-right wing, but I don’t think it is the right way to do that. Even centrist Tories like myself understand the need to combat terrorism, like ISIL, through assertive military action,” said Elliott in an email. 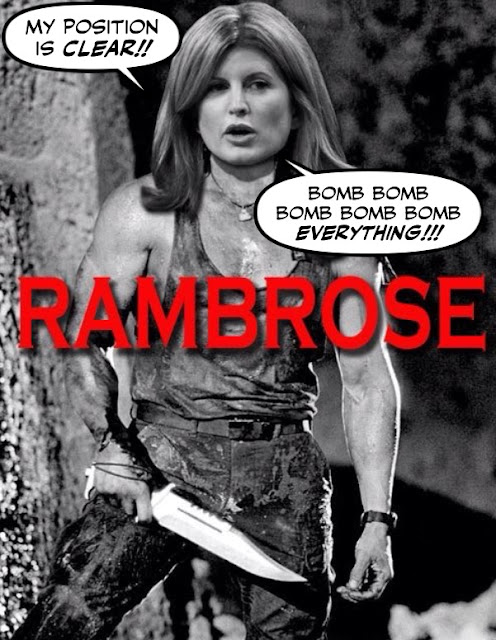 Rona Ambrose has never seen anything she didn't want to bomb, from ISIS and innocent civilians, to Kyoto and Justin Trudeau.

And now she must be REALLY embarrassed...

But seriously, my guess is that O'Leary has recognized that he has to appear more moderate, and less of a tea bagger if he's serious about running for the Con leadership.

And all I can say is good luck with that one... 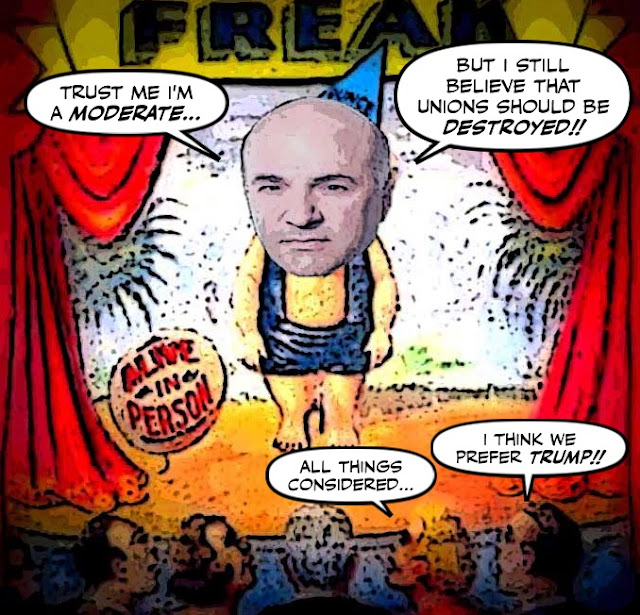 He could never pose as a moderate, and neither can the Harper Party.

It's still an absolute freak show.

It's still unable to attract any decent candidates.

And it's still going nowhere...

I have seen this doofus in debate, OLE LEERY gets slaughtered time and again, dishevelled thinking mostly, a true scatter brained sado-capitalist

That and donating money to the Obama and Gore campaigns.

Simple solutions from simple minds to a complex problem.

Even a dick like o'leary gets that war is not cheap nor allows for smaller government AND lower taxes (in fact it creates the exact opposite).

I never understood warmongers who insist on low taxes and smaller government. Who pays for these wonder weapons and troops without taxes? Who deals with expanded military spending and more troops besides a bigger military bureaucracy? It seems only the cetebally challenged like Rona and think tank warriors/arms dealer lobbyists do.