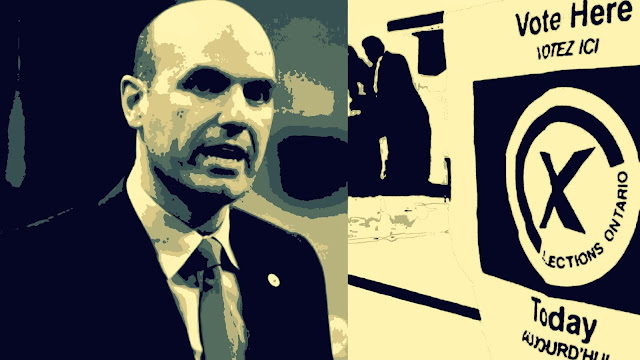 When I first read Nathan Cullen's proposal to kickstart the electoral reform process, I must admit that I thought the NDP had lost its grip on reality.

For it did seem a bit unreasonable to ask the Liberals to surrender their majority on a committee that will study the matter.

While attacking them in the Commons as if the NDP was still the official opposition.

But now I've changed my mind.

Now I think that Cullen's proposal might be just what we need to make sure that electoral reform becomes a reality.

In a letter to Democratic Institutions Minister Maryam Monsef, NDP critic Nathan Cullen says the committee studying Canada’s electoral system “should correspond to how Canadians voted in the 2015 federal election.

Cullen proposed a committee with five Liberal MPs, three Conservatives, two New Democrats, and one seat each for the Green Party and Block Québécois. Practically speaking, that would mean the government could not force through any measures without the support of at least one other party.

Because as Cullen says, it would remove the suspicion that the Liberals are trying to tailor the results for their political advantage,

“(If) the Liberals are the only ones standing at the end of the day, supporting a new system, they will be open, I think fairly, to criticism that this is to their advantage and to the disadvantage of others,” Cullen said.

And even more importantly, it could defuse the Con calls for a referendum which they are still frantically pushing... 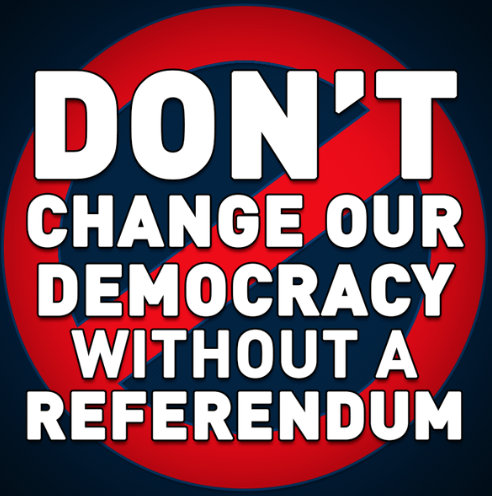 As only they could.

A Conservative MP in eastern Ontario has mailed flyers to his constituents accusing the Liberals of planning to use electoral reform to "rig" the next election.

"Stop the Liberals from destroying our democracy," read the mailers from Scott Reid, MP for Lanark-Frontenac-Kingston.

Reid said he's trying to stop a system that would favour the Liberals. He wants a referendum that includes the choice of keeping the status quo. Critics have argued the Conservatives prefer the status quo because it favours them, but Reid rejects the argument. He said he doesn't prefer the first-past-the-post system, but wouldn't reveal his choice for electoral reform.

Because if Cullen's proposal is implemented, and Reid cannot argue that the Liberals are trying to favour themselves, it will pull the carpet from under his feet, and leave him looking like an idiot... 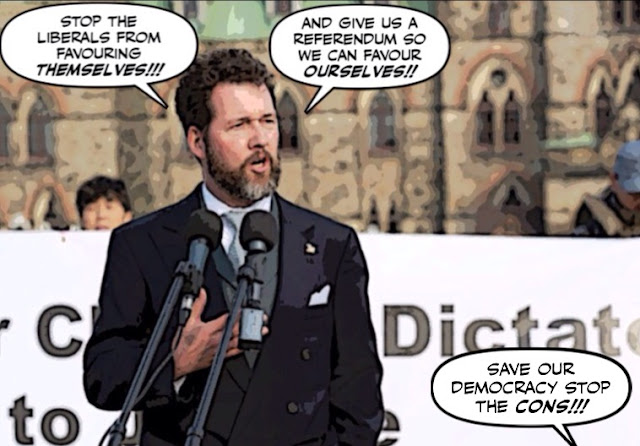 Which of course wouldn't be too hard.

Since only an idiot or a hypocrite could suggest that the Liberals are trying to rig an election.

After the way the Cons and the twisted dwarf Pierre Poilievre tried to rig the last election... 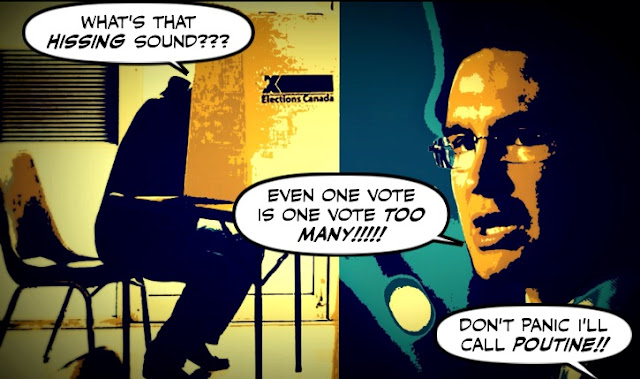 Or the Poutine gang tried to steal the one before it.

And then there's the other reason I like Cullen's proposal.

It would encourage the Liberals and the NDP to work together, which as you know has always been my dream.

And ensure that any electoral reform bill has strong multi-party support.

So it can be the mighty weapon we use to sink the Cons... 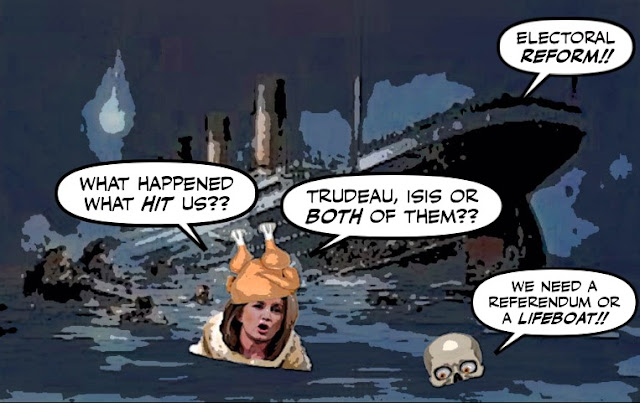 For it is a chance of a lifetime.

And the more united we are.

The better we will destroy them...

You are correct Scott Reid is an idiot.

in some ways the NDP is still the opposition. Its not like the Cons are doing any sort of real job, beyond bashing and some it, bashing with no sense.

Nathan Cullen's suggestion is good. It would be a balanced committee and if they decide we need a new system, they can work it out.

hi anon...he isn't just an idiot, he is a really rotten Con. Who in addition to making outrageous claims about the opposition, was also one of the Cons who distributed flyers in his riding bragging about how refugees weren't getting "gold plated" medical treatment. Which was about as low as you can go in my book. So defeating his campaign for a referendum will be a real pleasure....

hi e.a.f... well they may think they are, but I think they should realize they are the third party, and that by working more closely with the Liberals, and presenting them with their ideas, they could help strengthen the movement for change, instead of just trying to undermine it...

Cullen's idea is a terrible one for the explicit reason that the Liberals are looking for some kind of compromise on electoral reform and the Dippers and Greens are Mixed Member Proportional or nothing. They would do nothing more than turn Trudeau's electoral reform initiative into a circus: "We want MMP! When do we want it? NOW!!"

But the fact is MMP is a loser. Every criticism against proportional voting is centered on MMP: 1) more politicians are not the solution to our problems; 2) giving more power to parties will make Parliament even more partisan; 3) proportional voting will cause a fringe party explosion and legislative chaos; 4) PR is too complex to understand; 5) it's better if politicians represent local communities.

MMP is a pure PR system that "tops up" party-list seats to the losers. Very messy approach.

A better way is multi-member-riding proportional called Single Transferable Vote. Instead of having one MP represent you, you can have 3 or 5 represent you in larger ridings. This offers people more diverse representation; better quality MPs representing them; stronger focus on local representation in government.

What's best about STV is that it can be fully proportional (5 member) or semi-proportional (3 member), which is the system Stephane Dion designed. So if the committee decides on 3-member "P3" STV, it can be upgraded to 5 member at a later time.

A Liberal majority in the committee can force a compromise on parties unwilling to accept any compromise. Trudeau's ER initiative is, after all, about what Canadians want, not what minor parties and politicians want.

Cons in Eastern Ontario have a very bad habit of using their budgets for partisan mailings. I have dumped some back on former MPs doorstep.