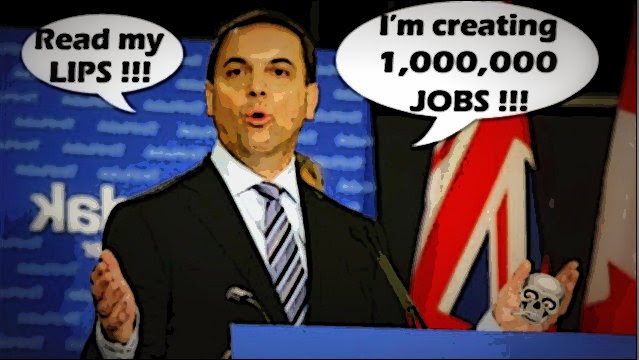 OK, I might as well say it. I need an Ontario election just when it's finally starting to feel like Spring, like I need a hole in the head, or Ontario needs Tim Hudak.

Because he is a beastly Republican-style Con who would rip a hole the size of a province in this country. And along with his good buddy Stephen Harper, take us all down with him.

Or turn us into another union busting Alabama. Or Putin's Russia.

So needless to say I'm not too happy with the NDP's Andrea Horwath for bringing down the Liberal government at this time.

I wouldn't be surprised if she's having second thoughts.

Or bitterly regretting her decision.

And I want her to know that as someone who usually votes for the NDP, I feel EXACTLY the same way.

Although to be fair, at least this unfortunate election has allowed me to finally resolve the troubling scientific question: Who or what is Tim Hudak?

You see for years I couldn't decide whether it was a Big Business monkey, or a furry fanatic, or a dangerous neanderthal... 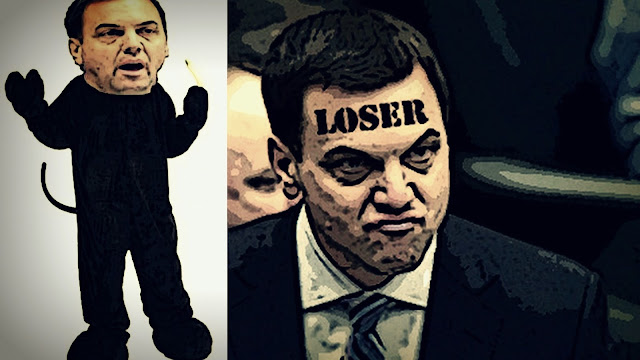 Or all of the above.

Then when I heard that he was promising to create a MILLION jobs I was totally confused eh?

I wondered which top hat or orifice he was going to pull them out of like bunnies, in a province whose manufacturing base has been ravaged by the same misguided economic policies of his buddy Stephen Harper.

But then I saw this story.

Ontario's Progressive Conservative leader drew swift condemnation from his opponents Friday as he announced a plan to slash the number of public sector workers in the province by 100,000 if he wins next month's election.

And I immediately recognized who what we are facing... 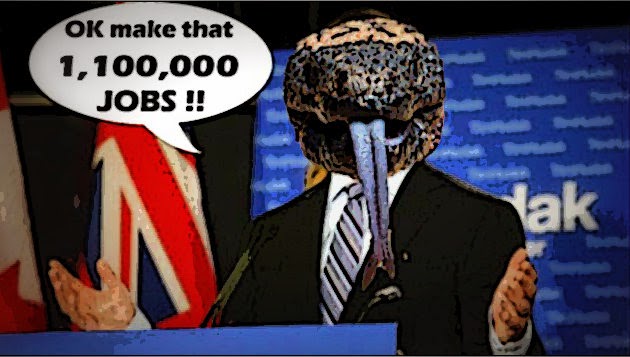 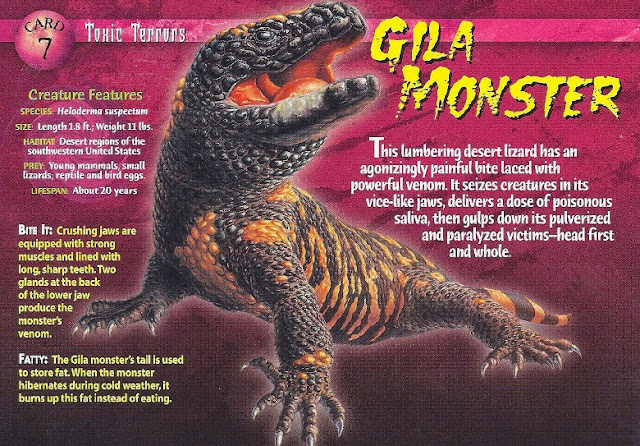 The one that delivers a dose of poisonous saliva, then consumes its paralyzed victims (i.e. the poor) head-first and whole.

And who I strongly suspectum doesn't know what's he's saying or doing. Only that his base instincts command him to turn Ontario into a Con jungle, or a desert.

He's still a member in good standing of this little Con Club... And although his other good buddy Rob Ford can't help him at the present time, for reasons beyond his control.

Stephen Harper is so desperate to court Hudak's support, him and his Cons have been sticking their pointy noses into the Ontario campaign. And attacking Kathleen Wynne's plans to enhance the CPP.

Which just might turn out to be a fatal mistake. Because the pension issue is so popular, and Harper is so hated, if we can link him and Hudak and that issue, we can hurt them BOTH.

And bring them ALL down together... But in the meantime, mothers hide your children, and the rest of you keep your doors locked.

Rob Ford is going crazy in rehab. Or a bar.

And the Hudak Monster is on the LOOSE...

O.K. Simon, Harper has already turned Canada into Putin land. Hudak, is trying to turn Ontario into B.C. land. His lines about creating jobs, jobs, jobs. We heard that in B.C. and the idiots voted for Christy crunch. So how is that working right now? Its not. No new jobs, highest child poverty rate in Canada, 60 BILLION in debt, clawing back child support payments for people on disability and/or welfare. No new jobs and those we do have, which aren't going to TFWs, are min. wage or just a dollar above. More people are going to Alberta. They make more money commuting to Alberta, and paying their own flights, than trying to work in B.C.

If the Libs and NDP are smart they might link Hudak and his Con machine to the TFW program, for even more unemployment in Ontario. If Hudak wins, Ontario may start to look like B.C., Detroit North.

Of Wynne is campaigning on an expanded/improved pension system, it might just propel her into a majority. People who have lost their pensions or never had them, are now facing poverty and its not fun. A vote for Wynn just might win her an election. There are a lot of aging baby boomers who can't even get jobs at Canadian Tire stocking shelves--they hired TFWs.