Rob Ford and the Downfall of the Moron Nation 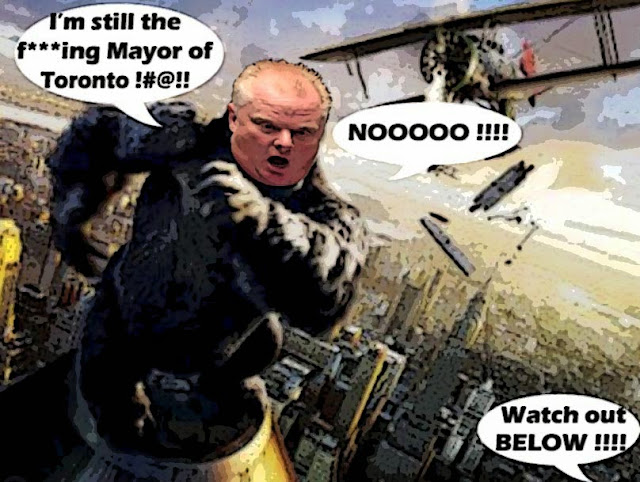 Well I suppose it was inevitable. But it sure took long enough. And the damage he did to Toronto and Canada's reputation was incalculable.

But he's finally going down.

A second video of Toronto Mayor Rob Ford smoking what has been described as crack-cocaine by a self-professed drug dealer was secretly filmed in his sister’s basement early Saturday morning.

Mr. Ford declined to answer questions from The Globe and Mail. Less than an hour after The Globe asked the mayor for comment, his lawyer, Dennis Morris, said Mr. Ford is planning to “take a break” from the mayoral election.

And not just because he's a hopeless drug addict, but also because as I predicted on the night he was elected.

You could never ever ever put lipstick on this Con HOG. 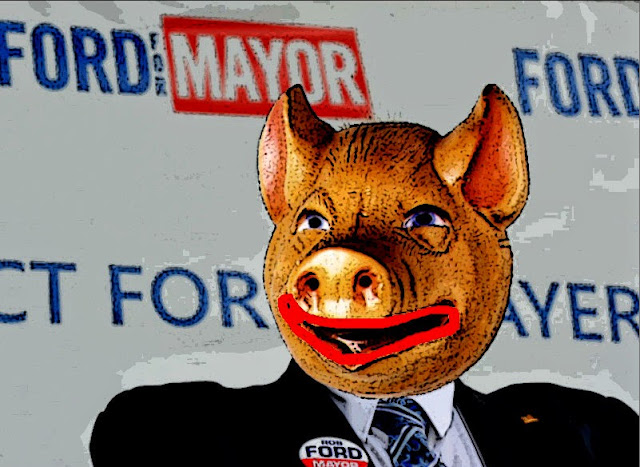 The recording, covertly taped by a patron of Sullie Gorman’s Monday night, captures the mayor being unruly as he’s ordering booze, complaining about his wife Renata and making lewd comments about mayoral contender Karen Stintz.

According to one witness, Ford was seen buying shooters and trying to fight with patrons in the Royal York Rd. bar Monday. “He was really wasted,” said the witness. “And he was acting like a real ass.”

The man deserves no sympathy. He's an anti-gay bigot, a misogynist, a dirty grubby bully who is always threatening to hurt others.

And all I can say is if I was "Jermaine" I'd be asking for police protection. 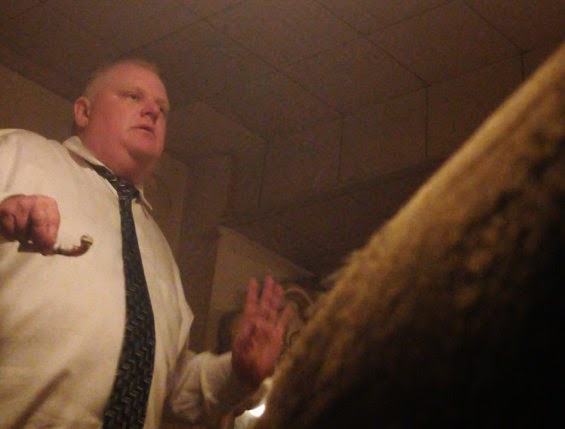 Early Monday morning, Gawker received an email from a from an address that identified that sender as someone named Jermaine. "Is your organization still interested in Rob Ford?" it asked. "I have a video of the mayor smoking crack taken very recently."

He said that he was taking a great risk in reaching out to me. In the event the video was published, he said, Rob Ford would recognize Jermaine as the only person on the scene who could have taken it—the only other people in the room having been a Ford relative and Alessandro Lisi, a longtime Ford associate. He believed his life could be put in jeopardy.

Because when you hang with the gang banger Ford BAD things happen... 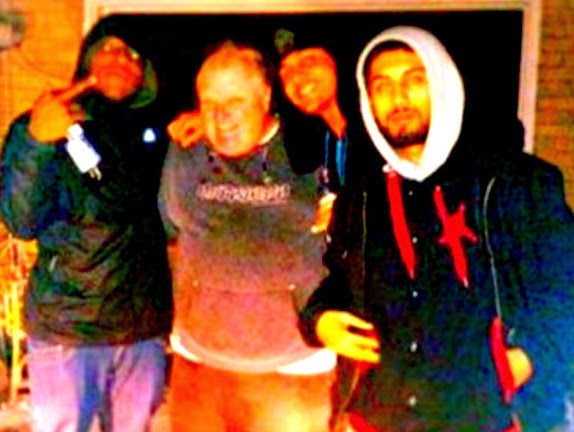 Except that life imitates ART. 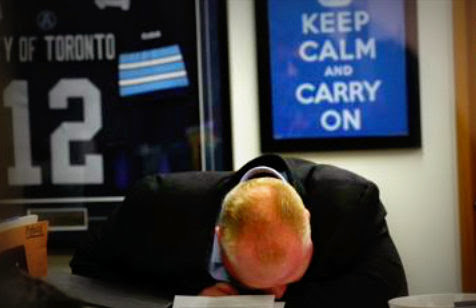 It could have ended WORSE...

The Moron Nation is cancelled. Again... 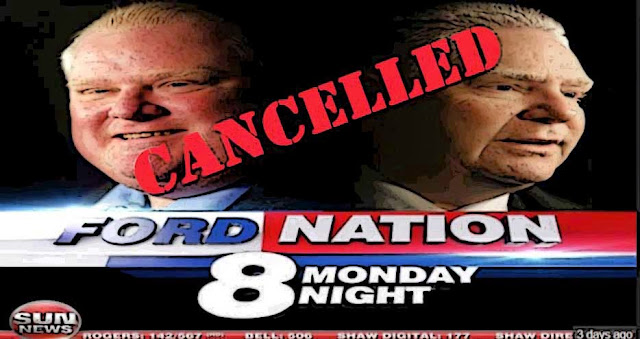 And of course one Con beast down.

And another one on his way... 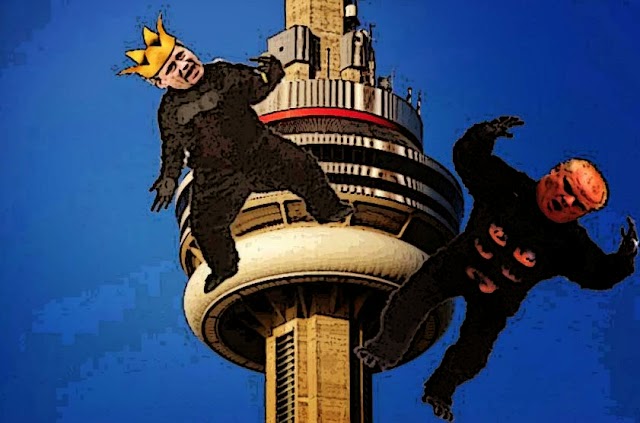 rob definitely needs rehab, I hope he is telling the truth about going there. He really should have been there a year ago but addiction is a tough illness and folks are always in denial until they have no choice.

So Robbie thinks 30 days in rehab will cure the monstrosity that was years in the making. I doubt he'll complete the rehab, and he'll return declaring himself cured and the Ford Abomination will continue. What's most disturbing is his poll numbers and who these twits are backing him. The stain he's left on Toronto will take years to erase but with him gone for now, it's a start.

He'll come back and say he's sorry, he's really, really sorry this time and he'll go on to win the election yet again. The real sickness is the stupidity that a) elects this mess, b) the "system" that's allowed it to go on to this point. Would be nice to never have to hear another word about Rob Ford.

The definition of insanity is doing the same thing over and over and expecting a different result.
Ford will not change, a certain part of the electorate will vote for him and they will be happy with changes that may save them tax dollars but cost them more out of pocket.

As Forest so wisely states, "stupid is as stupid does".

Yes, he's a nasty prick even when he's cold sober. How can he be allowed into the US, with all the allegations of crack use? They refused Nigella Lawson, for cripes sake.

I worked with a journalist who was a very heavy drinker and routine cocaine user. It isn't rare to attempt to function with a cocktail of uppers and downers. He eventually went completely off the rails, and was threatening to murder his ex-wife (while working on dossiers to promote sexual equality - we were working for a union federation).

Do you think Olivia Chow has a chance of getting elected? She would certainly do much to restore Toronto's image in the world, and may well promote cycling to boot.

they say he is going to rehab, but is he really and if he is, will it make any differance. On the bright side, his wife will be rid of him for 30 days.