The Day Julian Fantino Ran From the Wife of a Veteran 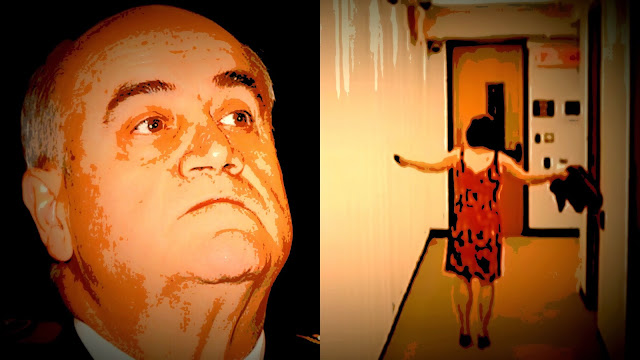 He has betrayed Canadian veterans, he has disrespected them, he has nickel and dimed them to death.

There is never enough money to help the wounded, the elderly, and their families, or  keep regional offices open.

But it turns out there is all the money in the world to try to make Julian Fantino look good.

The federal Conservative government is spending millions of dollars on advertising to counter complaints from veterans that their sacrifices are not being adequately compensated.

Because you know, it's not HIS fault so many veterans despise him for disrespecting them

Mr. Fantino said the ads are necessary because there is a huge amount of “misinformation, miscommunication, confusion,” even on the part of veterans themselves about what benefits are available.

They're too dumb to understand. And he's just trying to REACH them.

The minister denied that the ads were created to promote the government. “It’s just trying to reach those who we are committed and dedicated to serve and to help.”

But when veterans try to reach the number in the propaganda ad, all too often nobody answers the phone.

And when they try to reach Fantino in person, like the wife of this veteran with post-traumatic stress disorder did today... 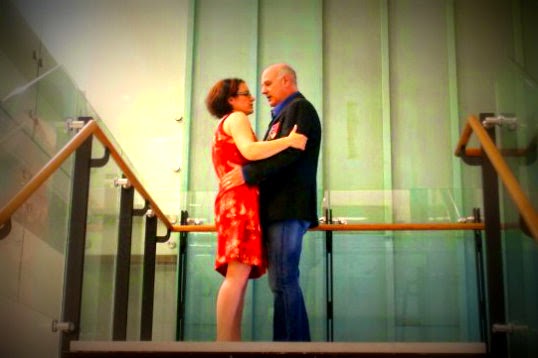 To try to ask him to help them. 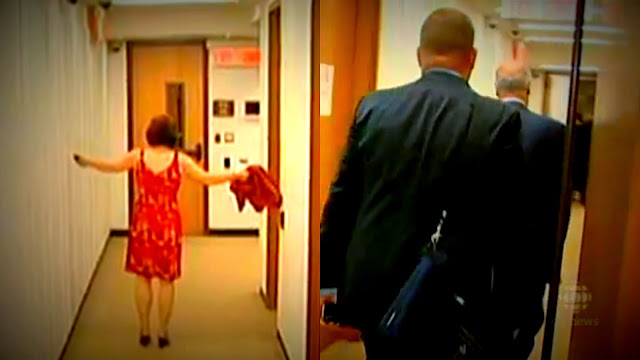 An angry Jenifer Migneault chased after Julian Fantino and demanded to speak to the veterans affairs minister following his appearance Thursday at a House of Commons committee hearing.

"We're nothing to you," Migneault said, throwing her arms up in frustration when Fantino — whose image took a bruising in the last encounter — and his staff chose not to stop and explain the government's position.

And all I can say is that a spouse who has lived and cared for someone with PTSD for eight years, deserves our admiration, and all the help and support they can get.

And at the very least Jenifer Migneault deserved a few minutes of Fantino's precious time.

"A man like that is supposed to be so proud of my husband's service? C'mon, that's a joke.… We're the ones who live 24 hours a day with their heroes."

Because she's absolutely right. The Cons should not be spending millions on propaganda to try to make a loser like Fantino look good. They should be spending it to help veterans and their families who need it so desperately.

That's what we do in Canada. How hard is that to understand?

But then they are the Cons, Canada will not be Canada again until they are defeated.

You know what I think about Fantino...

Jenifer Migneault deserves our thanks for trying to tell him what so many feel.

The man should never have been made a minister.

He is a loser and a coward.

And he should be fired TOMORROW... 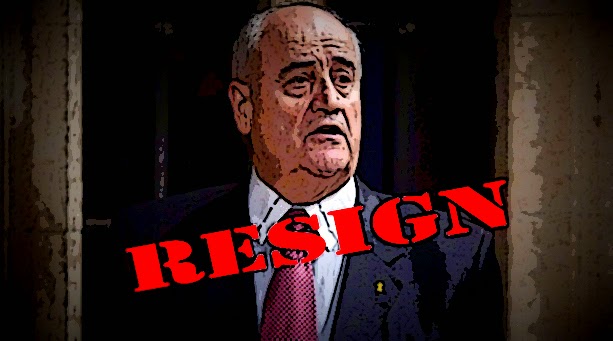 We're to believe that people desperate for services can't find the ones that are available, but $5 million ads broadcast to all Canadians will somehow make everything clear to them?

Fantino is trash and all the Cons are trash! Please don't even bother to call him "Mr"! He's trash a million times! I live for the day when they all get thrown in the garbage where they belong. That "something" like him became a minister is a joke! He's a full blown coward and an insult to Canada!

And yet many people in the military vote Conservative. It is election time in Ontario. Many people in my neighborhood are military and several of them are displaying Conservative signs on their lawns. Now it is possible these people did not vote for this federal government and they deserve our support. But if they did, then they got the government they voted for.

Fantino needs to resign today. The cons are spending $4 Million on advertising to tell us what a great job the cons are doing of providing services to the vets. The cons ought to be arrested for false advertising.

Anonymous 12:02, it makes me sick to read that military people are displaying Conservative signs on their lawns and that military people vote conservative after all that they have lost under this government. I will never, never understand certain people. What has he ever done for them? My only hope here is that their sign is a cover up and I hope with all my heart that it is and that they will not vote conservative. Perhaps they feel threatened! It's always a possibility. I do hope that is the case here!

I hope the Liberals and/or NDP have enough sense to use some of the footage of Fantino ignoring Jenifer Migneault in next year's campaign ads.

Better still, I hope she runs for MP.

hi thwap...there is no other word to describe what the Cons are doing except the word obscene. As you probably know I too have had to help someone suffering from PTSD, and when I saw Jenifer Migneault's despair I recognized it all too well, and it moved me beyond belief. But of course it only makes me more determined to defeat that foul regime...

hi anon...I agree with every word you say, making Fantino a minister was like dredging the very bottom of the barrel. Everything he touches turns to shite, the man is an absolute disgrace, and the sooner we flush him the better...

hi anon...I can't understand how anybody in the military can still support the Cons. It's simply beyond belief. I realize that he still paints himself as the man who saved the Canadian forces from the so-called Dark Age. But he has betrayed our veterans so shamefully, the Cons are such enemies of Canada, I can only hope that they recover their senses soon, for if they do not they will sorry forever...

hi e.a.f...If there was any justice Fantino would have been fired long ago. If he had any honour he would have resigned after the way he has behaved. But there is no justice in Harperland, and he has no honour, so we will just have to fire them all...

hi David...As I told Thwap, Jenifer Migneault moved me deeply. When I saw her hold her arms out in frustration I knew what she was saying because I've felt exactly the same way, taking care of my friend as she takes care of her poor spouse. So yes, I too hope that the progressive parties use all the material the Cons have given them, to absolutely destroy them in the next election campaign. I am very concerned that they aren't doing enough to define the Harperites as they would define us. They really need to be more aggressive and kick some serious ass...

Thanks Simon! I just read your blog today! I wanted to THANK YOU for giving us a voice! Thank YOU, everyone, for your support. I have no words to express my gratitude! -Jenny Migneault-