The Day Stephen Harper Was Forced to Change His Story 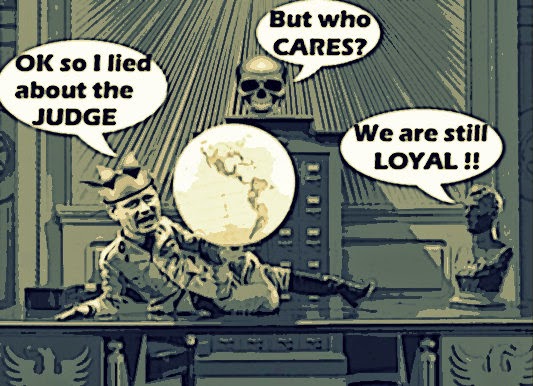 He has apparently retreated to his bunker, surrounded by his shrinking inner circle, in the one place where he feels he's still in TOTAL CONTROL.

And his many enemies real or imagined can't get him.

The wild rage is over. But now, as Tom Flanagan recently warned us, comes the ghastly darkness.

And the desperate attempts to limit the damage.

Just a few days ago he was foaming at the mouth, smearing the decent Chief Justice Beverley McLachlin, by accusing her of breaking the law, and of trying to corrupt him. 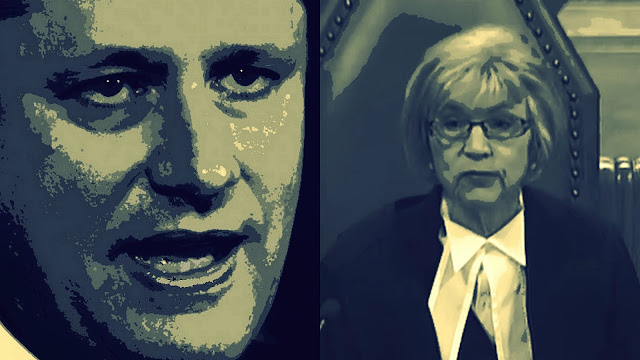 Prime Minister Stephen Harper has revised his version of events around what he and his office first characterized as an “inappropriate” and “inadvisable” phone call by the country’s top judge over a vacancy on the Supreme Court.

Now Harper suggests he foresaw a court challenge and legal issue he previously said “surprised” him and his advisers because it had “never arisen” before.

Now he says he just didn't need to speak to the judge. Not because she was doing anything wrong. But because he somehow knew what she was going to say, even though the selection committees proceedings were CONFIDENTIAL.

Harper did not specify Wednesday what “information” he was acting on to conclude that the matter was “likely” to come before the Supreme Court of Canada.

On Wednesday, New Democrat Leader Tom Mulcair asked Harper to respond to a chorus of calls outside the Commons to withdraw the remarks and apologize to McLachlin.

Harper said he “rejected the premise” of the question, and also declined a direct answer when Mulcair demanded who in the PMO suggested to Marc Nadon, Harper’s ultimately rejected candidate, to quit the Federal Court of Appeal and rejoin the Quebec bar in order to qualify for elevation to the Supreme Court of Canada.

Because he lacks any sense of decency. He can never admit he's wrong about anything. And the only thing he probably regrets is that in his wild rage he exposed his inner demons for all the world to see.

Because as you know, it wasn't a pretty sight... 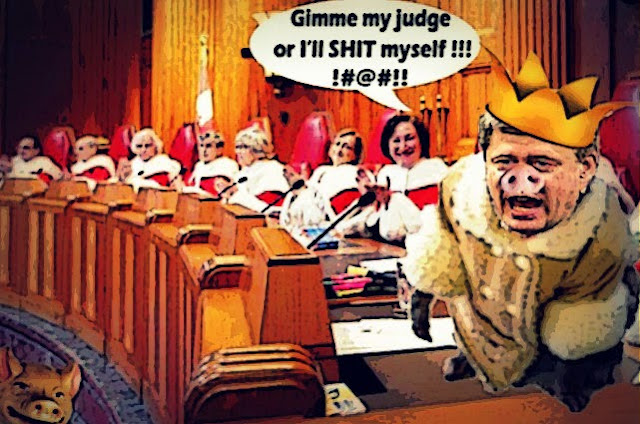 But the good news is that the damage cannot be undone.

His crude assault on the Chief Justice and the Supreme Court has disgusted many Canadians, including many of his own supporters. Some in the MSM are now even questioning his fitness to remain in office.

And as the ex-Con Brent Rathgeber points out, the only reason Harper changed his story is because he was taken to the woodshed.

I’m fairly confident the reason they changed that narrative is that they know they messed this one up, that they crossed the line and that their insinuation that the chief justice in her administrative (heads-up) acted inappropriately was beyond the pale, over the top and unacceptable by the entire legal, judicial and media communities.”

Made to look like a liar or a scuzzy Con artist... 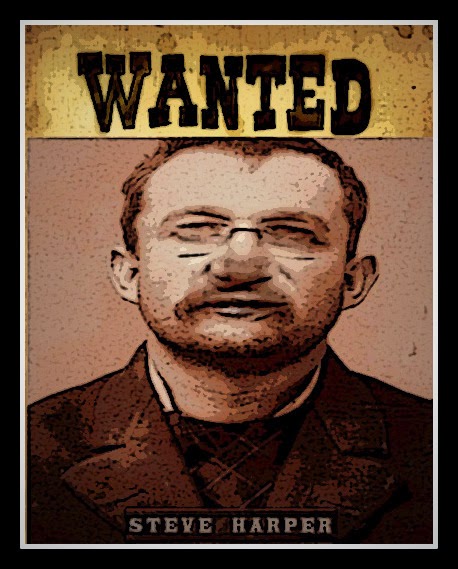 Which will only make him angrier, even more paranoid, make his list of enemies even longer.

And make him look even LESS fit to remain in office. A man who needs an intervention more than he needs another election.

And of course for us the lesson is OBVIOUS.

When you stand up to him, when you're not afraid to speak out, when you rattle his chain.

The monster shows his face.

And the cowardly bully can be beaten... 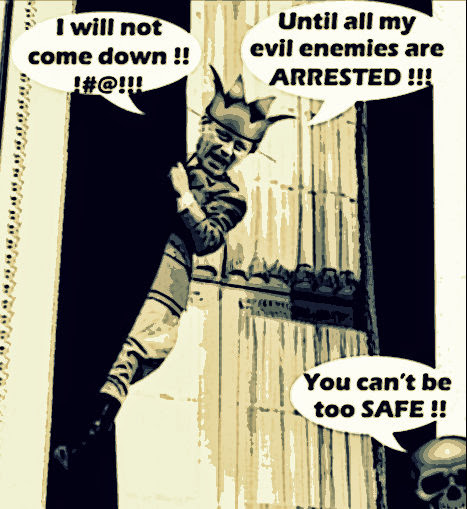 What is it going to take to get rid of Harper? How many more dirty tactics of Harper's will it take, to force him to resign? What the hell more crap do Canadians, have to contend with from that monster? Harper wants to control the Supreme Court of Canada, then he will be supreme dictator of this country. And, that is exactly what Harper is trying to do.

Harper is the worst, most corrupt and despicable PM, in the recorded history of this Nation. Harper is nothing other than, a fascist dictator and control freak.

"What is it going to take to get rid of Harper?"
When we Canadians get off of our lazy, apathetic, bovine asses en masse and vote the cons out by such a huge landslide margin that even the so-called S.C.O.C. can't fudge enough "evidence" or his cronies at Elections Canada can't turn the numbers in on themselves or find "insufficient evidence of wrongdoing" again and because of that, he and his lousy, criminal party are finally discarded into history's gutter where they belong and not a fucking moment sooner.
Maybe the Edmunton or Calgary chapter of the Angels can use them to fetch and carry and tell them they're "really important" to the organization. That's, after all, what these malignant narcissist-worshipping assholes need anyway is somebody to give them the feeling that they're not totally worthless pieces of shit which, we all know, isn't true but, then again, perception is a mirror, not a fact and as long as they have the perception that they're important, they might just stay in oilberta and leave the normies alone.

What is it going to take to get rid of Harper? An election and then only if the other parties run a decent campaign and remind the voter of all the evil Harper has wrought upon this country. Nothing will force him to resign and he won't. His caucus will not revolt and his base is still solid. If enough people do get tired of him, the ones who write the very large cheques, they may go to the Liberals and write them for them, but mostly those people don't care about Harper and his evil, because they benefit. As history has demonstrated people will do business with anyone who can make them a buck.

We will simply have to continue to survive until the next election and hopefully send the bastard packing. Then we can only hope whomever comes to office, on their first session of Parliament, revoke all the evil Harper has passed.

If Harper is now truly spent, then he would go into a depression and not make any decisions, which is good as far as it goes. If he isn't making decisions, he isn't doing too much harm.

Peter McKay is one of is main supporters, who obviously come from the same circle of demonized government, who is selling his soul to the United States Washington warmongers who struggle for a New World Government.
This and the past Federal Governments have played with Canadian politics Both Conservatives and Liberals.
CANADIANS SHOULD WAKE UP BECAUSE IT IS ONLY THE BEGINING OF THE NEW WORLD GOVERNMENT FOR WHICH THE FEDERAL GOVERNMENT IS WORKING FOR.
CANADIAN SHOULD VOTE FOR THE NDP TO BALANCE THE POWER THE PC;S GOT

Just note what is going on around the world. From Alaska to Argentina the same demonic power is destroying
Mankind`s habitat. The Econominc crisis is only a smoke screen to distract us from what this diabolic forces
are doing in Colombia, Brazil (killing children) government forces and FIFA still say the show must go on.
United Nations, FMI, BID, English monarchy ijn line with the New World being implanted on evrybody. The United population is being chipped and Canadians are next; anad so the rest of Latin America. Mexico under Pena Nieto has already sold the peoples energy resources as another step to enshrine the New World Order.
Being specific Canada does not need to be in Afghanistan or Pakistan. The only explanation for the former is the same boss.