Stephen Harper and the Madness of the Con Regime 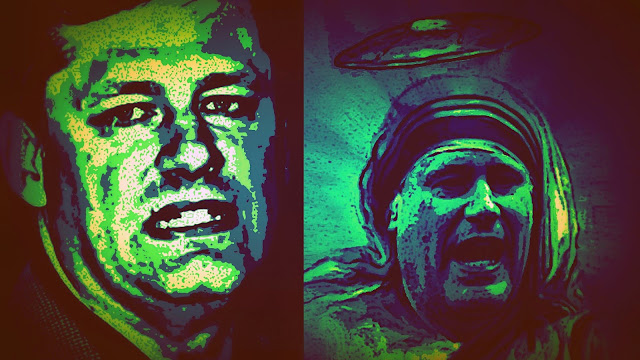 In his fragile mental state it must have seemed like a natural transition. The beast within him must have howled.

The friend of cute starving children, and the butcher of women who need a safe abortion. 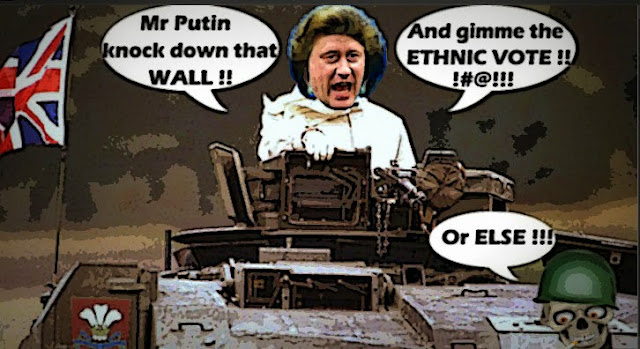 Prime Minister Stephen Harper launched into a full-throated attack on the evils of communism at a fundraiser on Friday for a monument to its victims.

In language reminiscent of the height of the Cold War, Harper lambasted communism and oppressive or even murderous ideologies. "Evil comes in many forms and seems to reinvent itself time and again," he said.

And all I could think of was, yes, he has been trying to reinvent himself a lot recently. But where's the monument to the victims of fascism, or Harperism?

And of course, who will save us from this dangerous maniac and his monstrous government? 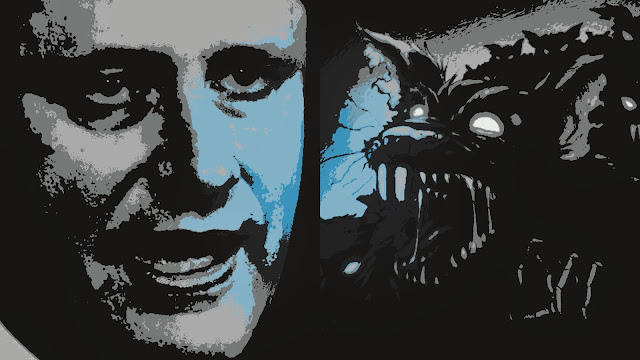 When historians look back on Stephen Harper’s (first?) decade in power, what will they make of the trail of institutional wreckage that his government is leaving in its wake? Will they conclude that a mastermind determined to change the course of the ship of state at all costs was in charge, or just a bunch of drunken sailors?

The Conservatives came to power in 2006 as institutional reformers. But three mandates later, one would look in vain for a method to the self-destructive madness that they are presiding over.

For no leader foreign or domestic, no swaggering tyrant, no tin-pot dictator, has done more damage to this country and its values than he has.

And the only consolation is that more and more Canadians are now calling his behaviour what is it is: MADNESS.

And are finally recognizing that the depraved emperor has no clothes... 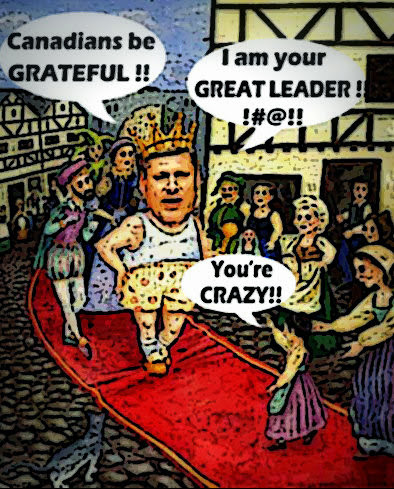 Or recognizing what he no longer can: that by seeking to destroy Canada, he is only destroying HIMSELF.

A Forum Research survey revealed this week that the PMO has become one of Canada’s least trusted political institutions, almost on par with the maligned Senate. It may not yet have dawned on its occupants that what Canadians think of the PMO is usually not divorced from their opinion of the leader who runs it.

And what good timing.

Just in time for the start of Michael Sona's robocall trial on Monday, that can only do Harper and the PMO even more damage.

The names of the senior Conservatives he suspects were involved in the robocall affair will come out at the trial, he suggests.

Just in time for the next election campaign.

And right now, just in time for the weekend !!!! 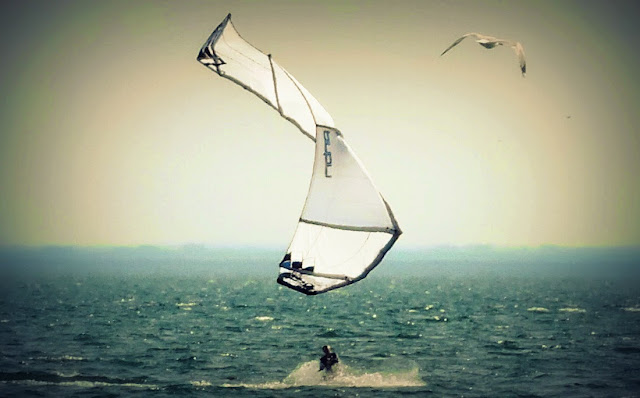 You know I have to admit that for a while this winter, I wondered whether I might have to leave this country I love so much. Because I can't live without the wind of freedom in my face.

My sails are filled with hope again. My spirit is soaring like a bird.

Because I know the nightmare is almost over. The madman is destroying himself.

And better days are coming...

"The names of the senior Conservatives he suspects were involved in the robocall affair will come out at the trial, he suggests."
No, they won't. The cons will, once again, find a way to thumb their noses at the courts and democracy in general.
The attorneys they hire will know every rotten, obfuscating, sleazy, lying trick in the book to keep the truth from surfacing. These guys don't pay assholes like karl rove big bucks to speak and spread their poison of ponerology and malevolence to the witless rubes up here that worship those psychos like they are gods. No wonder horwath is sucking up to the cons -- it's probably her last/only chance at ever really feeling significant as a political leader. After this next election, the NDP will pretty much cease to exist thanks to the likes of her. R.I.P., Jack. You gave it one hell of a good try. Unfortunately you left the inmates to run the asylum.

HEAR HEAR! Love your work man, keep up the good fight. We're in this together. I felt exactly the same as you in regards to worries about having to leave Canada... but that isn't going to happen now :)

Sona will most likely beat his rap. Wright did aid, abet, cover-up and paid a corrupt Senators bill, who was stealing from the tax payers. The PMO also *sanitized* thieving Senators expense claims. Harper as a fascist dictator and controls all, even the Royal Conservative Mounted Police.

If Harper can grab control of the Supreme Courts then, Canada will become Harper's Thousand Year Fourth Reich. Harper would be, Supreme Dictator of Canada.That is likely what Harper was trying to do. Harper likely thought the Judges he appointed, would back his corruption up.

No matter how evil Harper is, his henchmen still support him. Herr Harper and his Conservatives have not, even one saving grace.

Or if this was speech signalled a change in Mr. Harper's position on Communist China and the RED Army of China, when could we look forward to Harper's announcement regarding the changes in policy regarding these communists? I then wrote the other political parties and asked them to ask Harper in Parliament when we could expect him to get rid of Communist Chinese corporations and Red Army corporations in Canada, i.e the Alberta oil fields. Not to mention the Chinese corporations purchasing land in B.C. If these commies are so bad, why does Harper want to do business with these evil governments? Like enquiring minds just wanna know, you know.

Harper is the biggest asshole hypocrite ever, period! Vilifying communism whilst his methods and means are so comparable endears me to loathe him more than I thought possible. Harper's days are numbered as his grip on power slowly fades and he is reduced to a babbling idiot. Those days are here, and near is the end.

Stephen Harper: "Evil comes in many forms and seems to reinvent itself time and again."

Bob Dylan: "But the enemy I see/ Wears a cloak of decency" (Slow Train Coming)

hi anon....well we'll see what happens at the trial. I recently got an e-mail from Andrew Prescott which makes me think this trial could be really messy. And remember you don't have to convict the Cons, all you have to do is make people think they're guilty and distrust them even more than they did before. I'm confident we can do that...

hi True Patriot Love...thanks a lot for your encouraging words. I was going to apologize for my hideous photoshop of Margaret Harper, but I'll take the praise instead. ;) Thank you for retweeting so many of my tweets, we are indeed in this together, and we are going to defeat them...

hi anon...as I just told that other commenter, whatever happens with Sona the trial will focus attention on what is going on in the PMO, and it can only make them even more distrusted than they are now. One must look at this war as a series of battles, and realize that the damage is cumulative. Harper is going off the deep end and there is a reason...

hi e.a.f...good for you for writing to your MP and pointing out that for an anti-communist he is pretty chummy with Red China. And of course that if he thinks Putin is a commie he must really be out of his mind. I'm surprised his deranged speech hasn't attracted more attention. Because it was very long, he clearly wrote it himself, and it is yet another sign that Harper isn't playing with a full deck....

hi anon....yes it is weird isn't it? Harper criticizing others for doing the same as he is doing. Our great champion of democracy. But as I said above I choose to see it as another sign of his deteriorating mental condition, He is as you say been reduced to a babbling idiot, and although he's still dangerous the end is indeed near...

hi David...yes, isn't that quote special? I may have to frame it under the most monstrous picture of Harper I can find. The man is losing touch with reality and can't even see the irony. And of course nothing bothers him more than decent people for they have the power to destroy him. But yes it has been a slow train coming. We have been been waiting for that train to arrive for a long time, but now at last I think I can hear it coming...

Harper played t"he holier that thou" theme with the People's Republic of China for some time after his first election--I think he thought it was a vote getter-bu suddenly he realised that it was costing us a huge amount of business. I suspect a number of heavy-weight bussness types took him aside and said 'Stop being so stupid.' Besides China is 'communist' in name only anymore despite the political domiination of the so-called "Communist Party of China".

As to "If Harper can grab control of the Supreme Courts then, Canada will become Harper's Thousand Year Fourth Reich"

Harper already has the court stacked with his and Mulbuffoony appointees, yet they still (having studied law and all) find it almost impossible to rule in his favor on anything.