The Great Con War on Christmas 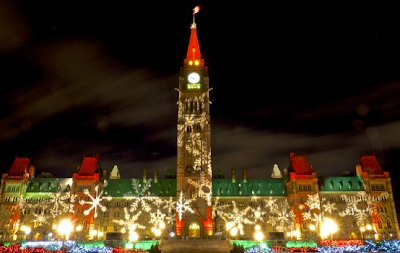 Well I see the Cons have finally found a good way to use our Parliament eh?

It may be a lousy House of Democracy, but it does make a great Christmas ornament.

And it does send out a powerful message to its rabid base: there will be no War on Christmas here.

Unlike the United States where Fox News is closely monitoring the conflict.

And reporting every minor skirmish… 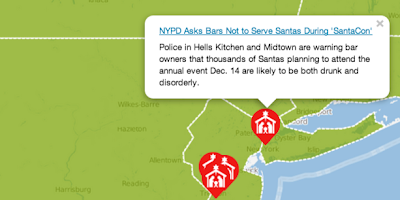 But of course you don't need SantaCons to declare a War on Christmas. Or take the Merry out of it.

Not in Canada where we have the Harper Cons, and  so many are losing their jobs. In Ontario, Saskatchewan, and all over the country.

Not when commodities are heading south, along with the dollar.

Not with this kind of housing bubble.

Canada is home to the world’s most overvalued housing market, Deutsche Bank says in a new study that suggests overvaluation to the tune of 60 per cent.

And not when the Con's oil first economic policies are leading us to disaster.

Job creation in Canada this year has been the weakest in a non-recession year in more than a decade, and the low quality of the jobs being created is causing some economists to raise concerns about the country's economy.

Even the latest numbers for November look negative when digging into the details. While the jobless rate held steady at 6.9 per cent and Canada registered 22,000 new jobs during the month, 20,000 of those were part-time, notes Erin Weir, an economist for the United Steelworkers.

Because instead of stimulating the economy, they acted like grinches, and strangled it instead.

BMO’s Reitzes notes that governments have been a drag on employment growth. With the federal government and some provincial governments in the midst of budget-fighting austerity measures, Canada has lost 5.3 per cent of all its government jobs since the start of the year, about 51,600 jobs.

He estimates that job growth in Canada would have amounted to 1.4 per cent this year, instead of one per cent, had governments not cut back on employment.

Oh well. Try to think to think on the bright side, as hard as that may be in Harperland.

There's nothing like the thought of a Made in Canada recession to put the true meaning back into Christmas eh? 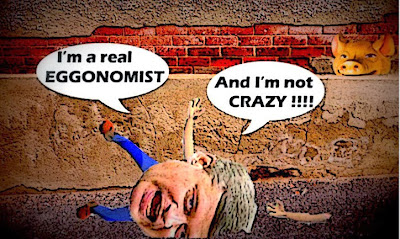 And now we're all paying for it.

Or praying for deliverance from that rotten incompetent regime and its deranged leader.

But there will be no War on Christmas in Harperland. Praise the Lord.

So hold the turkey, pass the pigeon.

And have a great one everybody !!!!

And the good news? If the economy goes down the chimney Santa Harper's scandal ridden government doesn't stand a chance.

He'll be loading up his sled and leaving town. In a hurry.

Even sooner than we expected…. 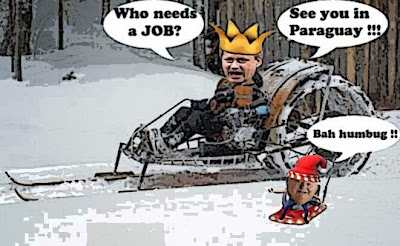 Problem is? Harper has a list of his degenerates, as long as a football field.

If we can stomach this? Calandra is on the Ethics Committee? Now Harper has brought in Soudas? Then there is, Bruce Carson, Porter, Sona, Penashue, Gordon Campbell, Ford, Saulie Zajdel and we can still add to that list.

Most Canadians are sick to death of, Harper and his so called Cons. They have been a litany of lies, deceit, thefts, corruption and cheating to win. We are also fed up with, Harper's dictatorship.

the cons have so many ethical challenges, lets just give the hell's angels a chance to run the country. at least they have rules they stick to. they know how to make a profit, the know how to hang on to their territory.
yes, they may be considered a criminal organization, but what are the cons at this point? yes I know some say the angels kill people. well the cons have done a great job of not having government inspectors out and about doing what they used to do. Did people die? yes they did. Just look at the rail accidents where people died. Lets have a look at how young First nations people die. So what is the difference between the cons and the hells angels, most likely one group has a more expensive wardrobe and wears make up for the camera.

@ e.a.f
I love that first sentence. Thanks for making my day.