The Country That Dared Challenge The Great War on Marijuana 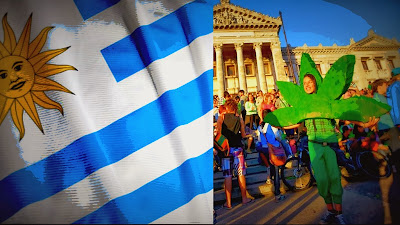 It's a small country of just over three million people wedged between Argentina and Brazil.

But little Uruguay has just done what other bigger countries have never dared to do: legalize the production and sale of marijuana.

And for that I see is already attracting the unwanted attention of the Drug Czars at the United Nations.

Uruguay's decision to legalise the production, sale and consumption of marijuana violates international law, the UN drugs watchdog says. The International Narcotics Control Board (INCB) warned that the move would endanger young people and "contribute to the earlier onset of addiction".

The ones who would spend billions, jail millions, prop up violent criminal cartels, and turn countries into police states, all in the name of the insane Great War on Drugs.

So I'm with Simon Jenkins eh? I think that little country deserves a Nobel Peace prize for having the guts to do the right thing.

The catastrophe of death and anarchy that failed drug suppression has brought to Mexico and to other narco-states makes the west's obsessive war on terror seem like a footling sideshow. The road out of this darkness is now being charted not in the old world but in the new, whose heroic legislators deserve to be awarded a Nobel peace prize.

It is they who have taken on the challenge of fighting the one world war that really matters – the war on the war on drugs. It is significant that the bravest countries are also the smallest. Thank heavens for small states.

To which I would only add thank heavens for people like the amazing Uruguayan President Jose Mujica. 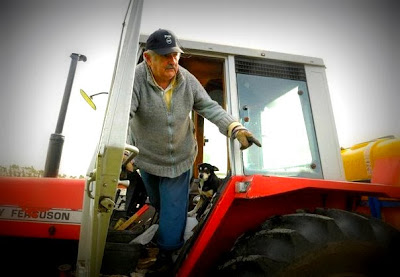 If anyone could claim to be leading by example in an age of austerity, it is José Mujica, Uruguay's president, who has forsworn a state palace in favour of a farmhouse, donates the vast bulk of his salary to social projects, flies economy class and drives an old Volkswagen Beetle.

He fought the country's fascist military regime in the 1970s, was shot six times, spent 14 years in prison, including two years in solitary isolation at the bottom of a well. But  like Nelson Mandela, did not allow bitterness to stop him from doing great things.

Since becoming leader of Uruguay in 2010, however, he has won plaudits worldwide for living within his means, decrying excessive consumption and pushing ahead with policies on same-sex marriage, abortion and cannabis legalisation that have reaffirmed Uruguay as the most socially liberal country in Latin America.

Or from challenging the power and the values of our capitalist system.

"I'm just sick of the way things are. We're in an age in which we can't live without accepting the logic of the market," he said. "Contemporary politics is all about short-term pragmatism. We have abandoned religion and philosophy … What we have left is the automatisation of doing what the market tells us."

Or from telling the Drug Czars at the United Nations today to go take a hike. 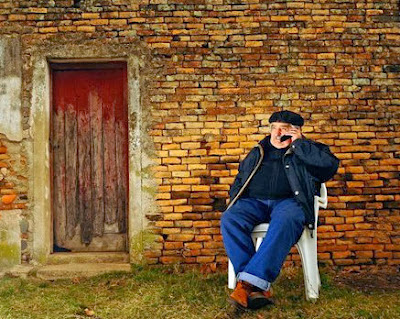 José “Pepe” Mujica shot back on Friday at the president of the International Narcotics Control Board, a U.N. agency, for saying that his administration refused to meet with the agency’s officials before legalizing marijuana this week.

“Tell this old guy not to lie,” Mujica told reporters, according to Colombian daily El Espectador. “Any guy in the street can meet with me. Let him come to Uruguay and meet with me whenever he wants… He thinks that because he’s in an international position, he can tell whatever lie he wants.”

Which makes him my kind of President eh? And makes most other politicians in the West look like cardboard cutouts.

And the really depressing part? Canada could have been the first country to legalize marijuana. In 1972 the Le Dain commission broke new ground with its recommendations. 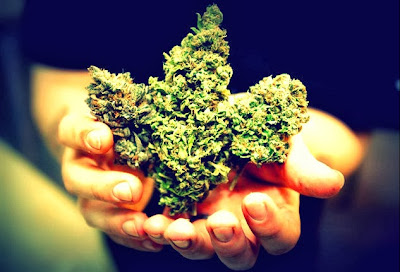 In 2005 we came so close, but we never had the guts to do the right thing. And then came Stephen Harper and his Cons to do the wrong thing, and jail even more people for the "crime" of smoking marijuana.

Oh well. Too bad for Canada. Born to follow not lead.

And three cheers for little Uruguay…

If people were widely aware of the billions of dollars western governments have wasted in the 'war on drugs' while claiming not to have the resources to raise the living standard of their own people, Simon, I suspect many would agree with the path chosen by Jose Mujica.

Uruguay did the correct thing. after all the money governments have spent on "the war on drugs" there has no victory. There are billions of dollars spent on "the war on drugs" while people die from poverty and disease. Millions have been killed and/or jailed. To what avail? People will always try to get "high" one way or another. it is how we are wired. Addiction issues aside, what is to be gained by this war, except for multinational corporations to get richer and the poor thrown in jail.

If legalizing marijuana is the first step in stopping this ridiculous waste of money, then lets get started. Congratulations to the president of Uruguay. The Czar of drugs at the u.n. is unhappy. well too bad. so am I, but that isn't going to change much. the u.n. might want to focus on poverty, war, things such as that. A country legalizing marijuana is simply doing what is best for their country., The cartels need to go. The have caused much trouble in the world. The only way to rid the economy of them is to eliminate the trade in drugs. if they are legal, well the government can at least tax it. Legalization will not lead to early addiction. Just about everybody tries booze but not all get addicted. Addiction is frequently a generic issue combined with social issues. Happy, well adjusted people usually don't take up long term use of drugs and/or alcohol. people may over indulge from time to time, but addiction, no that comes with misery and people looking for an escape. Yes, the President of Uruguay deserves a Nobel Peace Prize.

I like Mujica for lots of reasons. His tiny country is right between gigantic Brazil and Argentina. And then there is Manuela, his three-legged doggie! She is a little "perra raza perro", that is generic doggie, or a mutt. They are inseparable.

I hope to visit Uruguay one day; I have friends there, also in Argentina and Chile.

hi Lorne…. yes it is a monstrous waste of money, and it also fuels an incredible amount of violence by paradoxically propping up the cartels the anti-drug crusaders claim they are fighting. But as Mujica himself points out a lot of people have a lot of money invested in that never-ending war so it just goes on and on….

hi e.a.f…. I must say I was appalled to see the United Nations getting involved. I had no idea that the U.N. could support such a reactionary anti-drug crusade. It will be interesting to see how the Uruguayan experiment works. I'm hoping it's a big success and inspires others to do the same. Somebody has to break the cycle of failure, and try something new….

hi lagatta….I have actually visited the country, been to Montevideo the capital and Punta Del Este a seaside resort. I thought it was a beautiful little place and it has a long history as a progressive country. It brought in medicare, about forty years before we did, as well as free university education, and although it's a Catholic country it secularized every religious holiday so Christmas is known as the Day of the Family etc etc. Finally, along with Argentina it has the best BBQs in the world, and of course as soon as I saw Mujica had Manuela I loved him immediately…;)