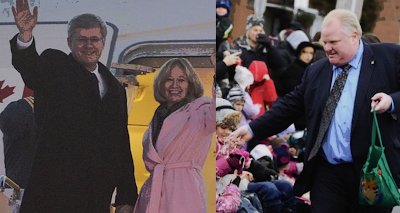 It's hard to decide which Con clown is more pathetic. The one on his way to the funeral of Nelson Mandela.

The man he once called a terrorist who should be kept in prison, or hanged.

Or the one waddling down the street at a Santa Claus parade throwing candy canes to children.

As their parents tried to shield some of them from his ghastly sight.

But what is only too obvious is the damage both are doing to Canada's reputation.

A Pollara survey conducted in the U.S. and provided to the Star found almost one-third of respondents — 29 per cent – had a worse view of Toronto because of the news about Ford’s crack cocaine use and other controversies.Some 18 per cent said the story has left them with a worse view of Canada as a whole.

A country and a people no longer seen as decent.  A country no longer cool. 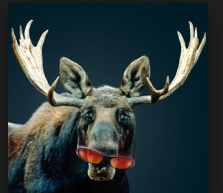 A decade after declaring Canada “rather cool,” The Economist, the U.K.-based international affairs and news magazine, has withdrawn the compliment.
If Canada is exciting at all in 2014, it will be for the wrong reasons,” said the Nov. 18 online article authored by correspondent Madelaine Drohan.

It cited several factors tied to the polices of the Conservative government and Prime Minister Stephen Harper, including promoting a pipeline to the U.S. to carry Alberta’s tar sands “minimum” progress on climate change and “backtracking” on social liberalism.

It's depressing, it's humiliating, it's infuriating. But what's even worse and more ominous is what we know about ourselves, and the Canada we are becoming.

Canadians are more attached to their country than the people of any other advanced democracy on Earth, says Ottawa’s EKOS Research Associates, which for decades has gauged the glue that holds the nation together.

But now for the dark side.

EKOS the research project sponsored by the Atkinson Charitable Foundation, in partnership with the Honderich family and the Toronto Star, conclude is that the bonds that hold Canadians together are unravelling, leaving a nation profoundly polarized along fault-lines of age, education and the workplace.

A people inflamed with nationalist feeling, in a country increasingly at war with itself.

Young, highly educated and progressive “next Canada” is disconnecting itself from formal participation in Canada’s democracy. The percentage that voted in the 2011 federal election was under 40 per cent and Graves predicts it may well slip into the teens by the next election or two.

A country polarized and poisoned by a toxic alien ideology, where economic and generational resentment is on the rise, and more and more people are losing faith in democracy.

A country with all the conditions necessary to become a playground for right-wing demagogues... 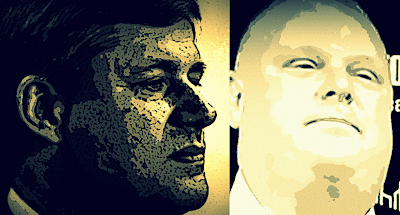 Because of course, that's what Stephen Harper and Rob Ford have in common. Both are Con demagogues who would pit one group of Canadians against the other, make democracy a bad word to discourage us from voting, appeal to the lowest instincts of the population, and turn a city and a country into a jungle.

Ford by posing as a populist and pitting the alienation of the Ford Nation against the so-called "elites." Harper by posing as Great Canadian Leader, whipping up those nationalist feelings.

Canada is hoping to lay claim to some prime North Pole real estate. The federal government has until Friday to submit its claim to an extended continental shelf -- and its potential oil and gas gold mine -- to the United Nations.

But Prime Minister Stephen Harper asked federal bureaucrats to revise their submission to the UN to include the North Pole -- laying claim to a greater part of the Arctic than was planned and into an area being claimed by Russia and Denmark.

And then at some point before the next election, taking advantage of the alienation of Quebec, to trigger a confrontation with that province and its separatist government, and pit the rest of the country against them.

So he can claim that Tom Mulcair and Justin Trudeau are too separatist too govern, and polarize the country further for partisan political purposes.

Yup. Even as we focus on the scandals that are slowly destroying both of those demagogues, it's vitally important to remember the big picture.

And of course remember this: Until we give those Con clowns the hook they will shame us again and again.

How low have we fallen… 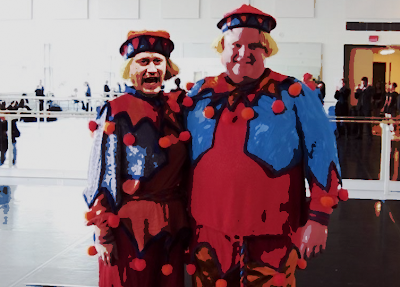 To any and all "older" Canadians: next time you vote and anybody asks you (not that it's any of their fucking business to begin with) how you're going to vote, tell them you're voting con and then just go and vote NDP. That way we'll probably get rid of the harpie crime cabal and you won't have to endure the embarrassment of standing up for what you actually believe in, if you're not already some kind of right wing, nazified harpie-supporting piece of filth, that is. And who came up with that stupid term "zoomers" anyway? I get the "baby boomers" thing but what fucking idiot came up with "zoomers"? It sounds like something conrad black would say and he certainly isn't a past president of MENSA by any means. And "next Canada" better get its head out of its ass this next election and get out and VOTE and make sure this "first past the post" scam doesn't keep harpie and his crime cabal in Ottawa again. We need mandatory term limits in Canada for politicians. Just because somebody has a pal high up in gov. and he isn't dead yet is no qualification to be kept in office indefinitely. Too many "career politicians" here in Canada. I feel that if they can't get elected, they're done and shouldn't be shunted into some highly overpaid and underworked position at my expense. Fuck that garbage. Let them earn ALL their positions in government instead of these charity case appointments.

Wow, CBC disabled my comment on their story today showing Harper and the other three former PMs sitting together in the plane on the way to Mandela's funeral. All I did was to put a link to a blogsite that had described Harper's past link to the Northern Foundation with actual citations from Murray Dobbin's book. Just wanted to put this here to open the eyes of other commentators so that they might have an idea what is going on over at CBC. Actually, what is going on there -- are they so intimidated by the Cons?

"And who came up with that stupid term "zoomers" anyway?" — IIRC, it's a creation of a legend (in his own mind at least), Moses Znaimer, for that fogies magazine he publishes.

they use the term zoomers to make aging baby boomer feel like they still have it. well get ready for the change. we are old. yes, OLD. get over it. It isn't all about us. The aging baby boomers may have a change of heart when stevie and the slimmers start hacking at their pension plans, our national health care system, and increase taxes, while lowering services.

Aging baby boomers with money in the bank may think they have it in the bag, but there are an equal number who due to divorce, etc. don't. We have more in common with the young people, who aren't getting any where fast, than we know.

In a few years some of us will hit 70. We will see the grandchildren not being able to get ahead like we did. Our generational wealth will have been spent. When that happens the average Canadian will really know what has happened to Canada..

The baby boomers did well because we had jobs to go to when we got out of school. Many bought homes in the 70s when prices were low. Then we collectively inherit one trillion from our parents, the blessed ones. Once that money is gone, Canadians may find the going a lot tougher.