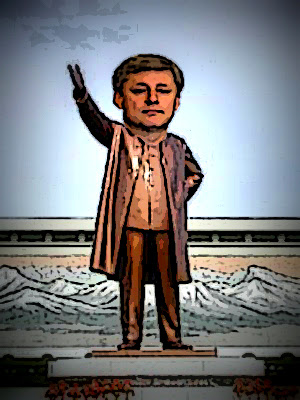 It's a personality cult worthy of a place like North Korea. With a monomaniacal Great Leader who seeks total power.

Who would muzzle his opponents, declare the truth to be what he says it is, attempt to brainwash us into submission with OUR money.

And replace the Government of Canada with the Harper government.

Public servants have issued more than 2,700 news releases since 2011 attributing virtually every federal initiative and spending announcement to the “Harper Government”—from a $1-billion budget measure in Ottawa to $128,000 for a beach upgrade in Conservative MP Gerald Keddy’s riding.

Records tabled in the House of Commons reveal the government spent at least $206,756 to circulate the news releases on commercial news wires, and the Liberal Party, which asked for the information, argues the figures demonstrate the extent to which Prime Minister Stephen Harper (Calgary Southwest, Alta.) has politicized day-to-day operations of the public service.

A government shaped in his own monstrous image, where hungry children are ignored, the young have no future.

And old people are condemned to misery... 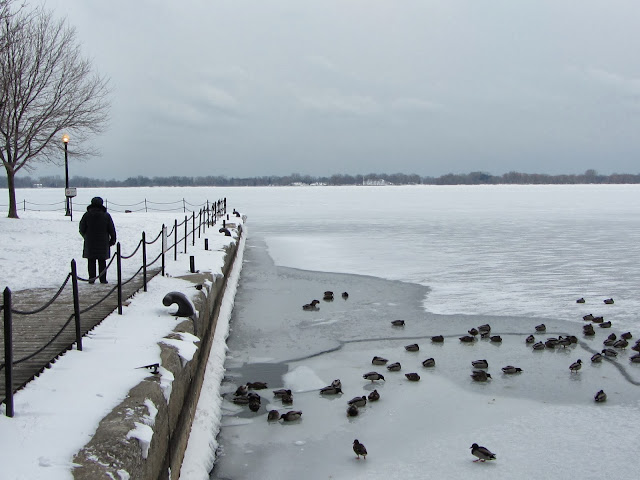 Or told that eliminating home mail delivery in a country as harsh as Canada is good for them.

The head of Canada Post says seniors have told the corporation they want more exercise and fresh air in answer to an MP's question about how the elderly will be especially hard hit by the cancellation of home mail delivery.

Even if they have to drag themselves to the nearest community mail box, or crawl there on their hands and knees.

Asked how the post office would accommodate people with disabilities, Chopra said extra mailbox keys would be given to people so others could pick up their mail, or the height of community mailboxes could be adjusted.

A government so cruel and callous it would spend hundreds of millions of dollars on its Orwellian Porky Action Plan propaganda. 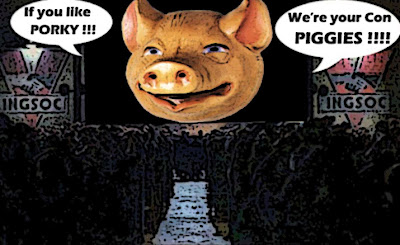 But doesn't have enough money to help the country's most vulnerable citizens.

A government that would make a virtue out of cutting taxes, to destroy our sense of community.

We are more than just consumers and taxpayers. We are citizens with responsibilities for one another; we undertake to do some things together, things that we could never do alone or that we can do much better collectively. Taxes are the way we pay for those things. They’re the price of living in Canada and the opportunities that provides. Indeed, those opportunities exist because of the sacrifices and taxes of previous generations to build the Canada we inherited.

It’s become a political truism that politicians would have to be nuts to talk about taxes unless they’re promising more cuts. But that fear of taxes is limiting, dangerous. We need to shift the conversation, to recognize that the public services and goods we value have to be paid for and that tax cuts are not free. We cannot have Swedish levels of service and American levels of taxation.

And appeal to the lowest instincts of Canadians... 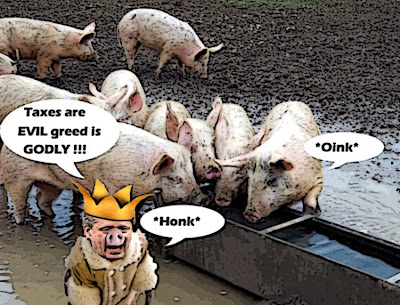 A government so sleazy that Mike Duffy goes on forever.

In a time warp of corruption.

A leader so ghastly and so vain that as millions suffer, would release this video to celebrate HIMSELF...

Because that's a Great Leader eh? Who would sing for his fancy supper while others go hungry.

And what more can I say that I haven't said before every night for eight years?

Except that if this is Canada I don't recognize it.

And now that we have seen what Great Leader, the bully, the maniac, would do to our country.

How and when can we STOP him? 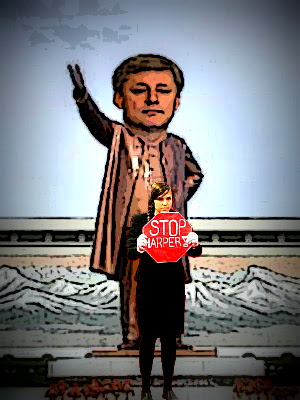 This is exactly something Harper would do, in a flash. Hitler was the old face of evil. Harper is the new face of evil.

Citizens of BC will fight, that evil Enbridge pipeline, right to the last ditch. Communist China's Red Army and all.

Simon just heard the cult now has their own newschannel that must be offered to Canadians. Do not know what that means, what a surprise but I bet before a Sun, champagne corks are popping like good coverage.

Seniors wanting more fresh air and exercise and they want to do it walking to mailboxes and risk falling and breaking bones which will put them in the hospital where could well die>? This is what seniors want>? In a pigs eye. The guy must have been into B.C.'s best herbal export.

Yes there are so many seniors who want to risk life and limb in the North, on the Praires, oh, ya, in Montreal, Ottawa. Lets just hear it for Canada Post's new exercise program for seniors. Its free. It cuts jobs for working women and men. The guy is lying through his teeth. Yes the Hell's angels are looking better and better as an alternative to the Harper Cons.

Deepak Chopra.... not the real Deepak only gave himself a 33 percent bonus on top of his 450 thousand dollar wage when Canada Post lost money last year.. Canada Post was in the black for 16 years until Harper assholes took over. From there they modernized in 2008 costing 3 times (3 billion) as much as originally planned due to stock market crash. Instead of delaying modern post, they went ahead and got the green light from fuckhead Harper to borrow more money to finish modern post and rid Canada of door to door delivery. Why? because when Moya Green was in charge she seen an opportunity rid Canada of union jobs due to a abundance of retirees within 5-10 years and fuck the next generation over of career jobs. Not only that but to also be a cash cow for the Harper government. Nothing but fucking thieves!

.. there is no 'personality' .. but there is a personality disorder
.. and the truly hollow man Harper is on a dangerous path

Simon .. you ask how and when he can be stopped

You yourself will have to work twice as hard & twice as smart..
People like myself will have to try 10 or 20, even 30 times harder n smarter
We need 1000 just like you.. 1000 Franke James ..
We need to promote & support every insightful blogger
challenge more to appear.. or give voice, ideas, imagery
We need more and more luminous inspiring defenders & glowing hearts like you

Start looking to encourage people who can emulate you.. or inspire you.. and me..
I'm putting my thinking hat on Simon... and thinking about your efforts
and how we can create a resonance.. send a signal across the land
and start cleaning up the political cesspool ...

Keep up your marvelous work ... !!! Its truly inspiring !!!
If you need access to images of Canada and Canadians, just ask
If you go to http://tod.aminus3.com/image/2009-06-28.html
you'll find an image of a portico on the west side of Parliament
- Vimy Ridge .. a place where Canadian courage and sacrifice was defined
That page can give you access to a small online portfolio of mine
and you are welcome to utilize the images

Keep kicking at the darkness .. !!

hi Steve…yes I see that too. But the good news is that the cult's pathetic offering might be offered to Canadians, but if they want it they must subscribe. And I can't see too many of them paying for that garbage. The Sun may think it's rising, but it's still going down...

hi e.a.f…even by the Orwellian standards of the Con regime, that nonsense about how seniors are asking for a chance to get more exercise beggars belief. It's simply outrageous, and even more ammunition to use against that monstrous regime...

hi anon…yes I noticed that little detail. The guy helps the postal service dig itself into a hole, and then rewards himself handsomely? And of course you're right. It's just part of the Cons anti-union agenda and they are a pack of thieves...

hi salamander…It's true I ask myself how he can be stopped, but I already know the answer, and the question is for all the others who might be discouraged or lost. I think it's fair to say that's why I write this blog, to encourage others to do what must be done. And I certainly intend to keep kicking at the darkness until it bleeds darkness, and our country is saved at last….