Stephen Harper and the Scandal that Won't Disappear 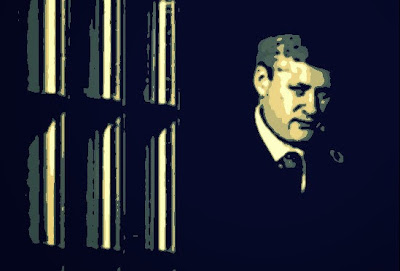 He's gone to ground. He can't be found. He's hiding from the media. Even his Twitter feed has gone silent.

He's trying to make the sordid Senate scandal disappear by disappearing himself.

But even from the safety of his hideout, he's lashing out at those he considers his enemies.

The Prime Minister’s Office has yet to say which media outlets will be afforded the traditional year-end interviews with Stephen Harper this month, but we know for certain that CTV won’t be on the list.

Harper’s director of communications, Jason MacDonald, confirmed that the PM will bypass the broadcaster for the second consecutive year, despite the network’s long history of interviewing prime ministers at Christmas.

And of course we all know why eh?

It is worth noting that CTV’s Ottawa bureau chief Robert Fife — who sat in on PM interviews with then-anchor Lloyd Robertson for seven years — fired the first volley in what would become the Senate scandal currently engulfing the government.

It's so petty, so vindictive, so cowardly. But all it does is remind us how much we owe Bob Fife, and how incredibly scared Stephen Harper is to answer ANY questions about the Senate scandal. 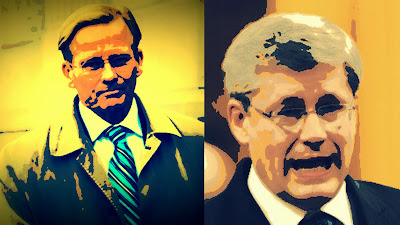 But his disappearing act won't help him a bit.

Because the police aren't taking a break. Neither is the information commissioner.

The federal Information Commissioner has assigned an investigator to probe why the Privy Council Office, which reports to Prime Minister Stephen Harper, failed to disclose thousands of emails involving the deal for Nigel Wright to pay Sen. Mike Duffy’s ineligible expenses. 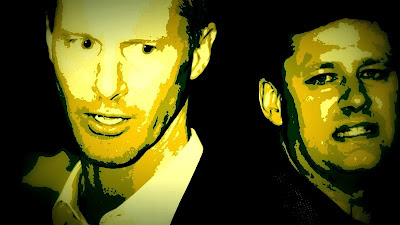 He does not answer the questions put to him in Parliament — simple questions of fact, on matters he would be in a position to know about, that one would think could be dispatched with a quick yes or no — when he chooses even to pretend to. He does not hold news conferences, in any but the most perfunctory sense. He does not consent to interviews, except under the tightest of conditions, and with the friendliest of interviewers.

He does not, because he dares not: because the story he has been telling — of a conspiracy among virtually everyone around him to dispose of a matter in which he had previously taken a great interest, in a way that he now insists he would have prevented had they not, all of them, lied and kept him in the dark — is not credible. It is indeed an open question whether he will consent to the sort of in-depth year-end interviews that prime ministers traditionally conduct. How can he?

Which of course is excellent news, because as Richard Nixon found out so painfully, it's the cover-up that KILLS you.

Just like Harper and his foul Con regime are slowly killing Canada.

Social programs that took generations to build are being insidiously eroded by Conservatives obsessed with creating a leaner government at the expense of Canadians in need. Federally funded services being unravelled by Ottawa include some of the most cherished strands of this country’s social safety net: Employment Insurance, old age security, health care and advocacy for the vulnerable.

It’s all happening by stealth rather than with a dramatic showdown. Prime Minister Stephen Harper’s penchant for secrecy, disdain for Parliament, his quashing of dissent, and a ruthless strategy of pursuing a thousand small cuts rather than one big one, have allowed him to loot treasured programs without rousing the ire of Canadians.

Bleeding it slowly to death, while trying to conceal or cover-up their bloody fingerprints. Or muffle the screams of their victims... 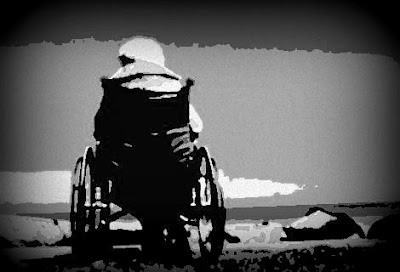 The heartless ideologues who would destroy everything good about this country. The cruel bullies, the bastards.

With so many Cons trying to cover-up so much, it's almost inevitable that sooner or later this massive conspiracy is going to collapse like a house of cards.

Stephen Harper won't be to dodge its consequences by claiming he wants to reform the Senate.

Not when he was the one that corrupted it… 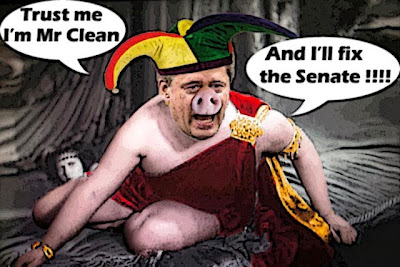 And the way he is hiding from the public, and refusing to answer questions, is only making him look even more GUILTY.

Golly. Isn't that a happy thought for this holiday season?

He can run, he can hide.

He can grow more desperate by the day.

But the scandal will not go away.

It can only get bigger and more damaging.

And he will not escape its fatal embrace... 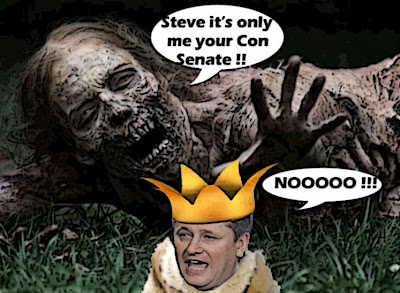 Thanks Simon for all your hammering away at all the corruption of these self possessed/contemptable clowns.

The Zombie government is finally fracturing under all it's evil destruction and lies. It can not happen soon enough.

Just when you think, Harper can't possibly go any lower? He does. The manner in which Harper has treated our old and younger Veterans, is despicable. During WW2 our young Canadian boys were shot and blown into bits so, we wouldn't have a Fascist Dictator governing this country. Harper nor his Cons were welcome at, our Armistice Day Services. Some Veterans turned their backs on Conservative Politicians, giving their phony speeches. Harper and his Cons, have no right to wear the poppy either.

Harper's x-mas interview last year, was an absolute joke. Harper said he was a devout Christian, that he prayed every day for guidance. My son's coffee was spewed across the room. He said, Harper must have meant he *preyed* everyday. I most certainly will not be watching Harper's lying, phony x-mas interview this year.

Harper's henchmen are just as bad as he is. They sneak behind Canadians back, to do their dastardly deeds. I used to vote PC before Harper trashed the party and, turned it into a Fascist Dictatorship.

Prime Minister Harper has a bigger problem that Duffy - Wright.

Someone linked to his government murdered Justice Carolyn Layden - Stavenson in June 2012.

They hired hit men from offshore to come into Canada and do the job.

Harper was warned that more judges would die and, instead of settling the claim, he let them die.

This is very bad karma.

Would have to agree, CTV WON'T BE DOING THE INTERVIEW. Now who else? Perhaps some one from Global Vancouver. They know how to not ask questions and assist in making things look rosy.

What harper may do is simply a speech,like the Queen. No questioning, just show the video wishing us all well and how hard the cons are working to make this a better place. end of story, move along.

We can only hope the RCMP continues it work but we do need to remember, they are controlled by the Cons. all they have to do is have a chat with the commissioner and it may all be for not. Remember, this isn't the Canada we once knew.

checked out the waterwarcrimes blog and conclude it is simply a mass conspiracy blog, which simply lists a number of deaths and suggests these people were murdered. Not so much. people might want to spend time looking at real issues. yes, lots of people want Canada's water, however, going out and murdering all those listed, not so much. Lets stick to the stuff we really know about.

hi anon… thank you and you welcome. Although I have to confess that my motives are entirely selfish. I don't think I could survive this ghastly Harperland if I didn't feel I was saying "I protest, I don't agree, not in my name" as loudly and as often as I can. So like you I am enormously encouraged to see the regime starting to fall apart, and the day it finally collapses will be a happy day indeed...

hi anon…you're right, the treatment of our veterans is absolutely unforgivable, especially after the way that Great Ugly Leader tried to use the military to win votes. Those shameless hypocrites are beyond description and your son is right. Under no definition can Lord Harper claim to be a Christian, and preyed is the right word...

hi e.a.f…I am disgusted at how the Cons, and their new communications monkey Jason MacDonald are trying to manipulate the year-end interview, by among other things choosing a Chinese language show over a national network like CTV. I don't think CBC will get an interview either, although after the soft treatment Peter Mansbridge gave Rob Ford , Harper might not have much to fear. And yes you're right, the RCMP investigators can construct a case, but the upper echelons can determine if and when it goes. Let's hope that they are able to file charges, because until the next election they are the best hope we have of getting rid of the Cons...

"Social programs that took generations to build are being insidiously eroded by Conservatives obsessed with creating a leaner government at the expense of Canadians in need. "

Are you out of your mind Simon? "Eroded" why did you just not speak the plain truth and say instead "Social programs that took generations to build are being - murdered, killed off, eviscerated, eliminated, droned, 911'ed, shot to bits and pieces, incapacitated, victimized, and dumped in favor of fascism or corporate rule /greed. Harper's doctrine f__k the small guy, giant megalithic corporations rule this government, they bought and paid for it and now it is their show. Stephen is no more or no less than their trained seal, bark, bark , clap, clap... and all social programs Stevie will zap.

I'd hate to go down in history as him a tart for fleeting fame as the most despised #22 PM Canada has ever had to experience. He sold his soul to a bunch of criminals like Conrad and Rob and ... well the list is endless that much is obvious and a warm oil soaked board room awaits his arrival as he will ultimately be turfed, but his damage has been done that swine.

It will take many years of debating to unravel the omnibus bullshit he has implemented in three short years he and his corporate overlords and swine masters know this. For the damage he has done in three years he deserves to rot in hell for at least three million millennia. This we know that he is a coward of cowards. That's why he spends so much time hiding, god I feel sorry for his kids.

Remember to put it all into perspective Simon he (harper) has the total working experience of a mail room boy at Imperial Esso in Edmonton Alberta and that is it. This is what happens when you have a mail room boy with delusions of grandeur run the country, he is a farce and failure trying desperately to cling to the elites shit who will ultimately spit him out and disavow him as soon as they are done manipulating his pea brain.

"checked out the waterwarcrimes blog and conclude it is simply a mass conspiracy blog...

e.a.f. You sound awfully secure...as if you know for a fact that big international business (Nestle & others) have not been secretly conspiring with the Canadian government for years to tap Canada\s water? Grow up and get with it as it is a done deal and when we have to start paying for water you will be the first to say/whine... why wasn't I informed? You were you just don't listen...

It is a crime against Canadians and is an ongoing business enterprise, a conspiracy?... Only if you choose to leave yourself in the dark. As far as the murders go well since you and I are not qualified forensic investigators we will have to let his/her-story figure that one out, but the water theft is real. (&=motive to keep you uninformed)