Stephen Harper and the Force of Destruction 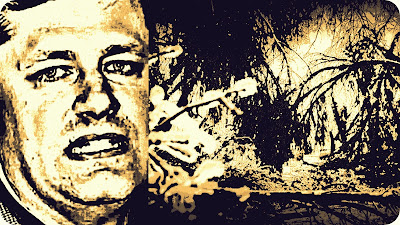 It's almost unbelievable that a Canadian Prime Minister could ignore the suffering of so many.

But six days after a massive ice storm struck, and although tens of thousands of people are still without power from Ontario to New Brunswick.

This is all Stephen Harper has had to say...or TWEET...since the crisis began.

Along with this one:


Because some victims are more politically useful than others eh?

But then of course, he's not his usual self... 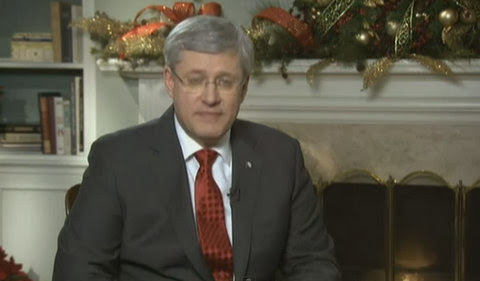 He's a mess. He's desperate. He's making it up as he goes along.

And the last thing he needs is somebody asking him about this warning.

Not when he's a climate change denier, and he's waging war on the environment.

More than $100 million in cuts are underway at the federal department in charge of protecting Canada’s water and oceans, despite recommendations from top bureaucrats that it needs to increase spending for both environmental and economic reasons. 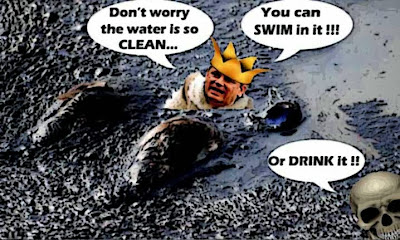 For he himself is a force of destruction, an ideological freak of nature, who is leading us to disaster, and this country as we know it to extinction.

And I think the time has to seriously consider how we can make absolutely sure he is defeated and driven from power.

And how we can ALL contribute to that great mission, or as Lorne at Politics and its Discontents writes, assume that responsibility.

The answer is not turning off. It is becoming more involved in order to challenge what is wrong.

Because surely it must be clear by now that failure is not an option.

You know tonight, when I saw how the ducks were huddled together  trying to shelter from the bitter cold in a tiny hole in the ice... 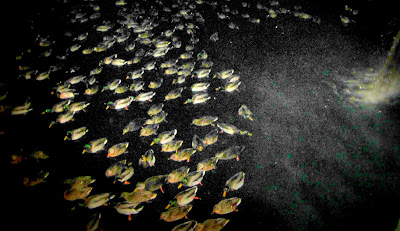 And I thought of all those Canadians trying to keep warm in their darkened homes.

It reminded me again how harsh this country can be, how we simply can't afford a Prime Minister like Stephen Harper who would destroy everything that protects us.

And how the has time has finally come to take action and end this nightmare once and for all.

Replace this Harperland winter of destruction with another Maple Spring.

And as we once did. 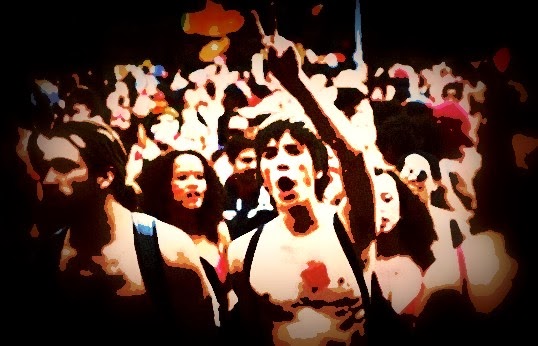 I have been wondering for several days where the Big Chicken and his troops were.

They and he have better things to do. It is, after all, only Toronto.

Actually you'd think he would want to help his pal Ford, but not so much this time.

It is to be hoped that while people are sitting in the cold and dark they remember who they voted for. they haven't got t.v. to watch so perhaps they could spend the time thinking about how it got to this point.

harper sent the military into Calgary after the floods to help out, but not now. he is trying to ensure the budget is balanced and he doesn't care how he does it. A few voters dying in the cold is nothing compared to his being re-elected with a "balanced budget".

Provinces may want to give some consideration to beefing up their emergency response teams or infact establish something like the Americans have with their state guards. We in B.C. don't even have any military to assist here if there is a problem We have an air force base and some navy personnel, but army, nothing. Oh, well they were practicing how to deal with floods out in the Chilliwack area this weekend.

Cities and provinces do not have enough police and fire staff to go door to door to ensure people are o.k. They don't have the equipment to provide water tankers or toilets. They need to get with the agenda.

Back in the 1980s, while visiting Calgary, the water main burst and had to be worked on. The City provided water tankers each half block with portable toilets. Now people might not want to go outside in the middle of a storm, but once its over, it might be helpful if people could go get water.

of course while everyone is complaining about conditions in the metro areas, we ought not to forget there are thousands of people living in the north who have never had regular water and electrical services and most likely never will. So while people are thinking about their lack of services, perhaps they could think about their fellow citizens who will never have these services, through no fault of their own. The government doesn't care about those living on reserves and they don't care about the people in toronto or the maritimes.

hi anon...yes it is a strange situation. You'd think Great Photo-Op Leader would be wandering around with a hard hat on, and an orange vest, looking like he was leading the rescue effort. But instead he's gone to ground. My guess is that he's psychologically exhausted, and it all caught up with him the moment he tried to relax. I'd rather he leave in handcuffs, but if it's in a straitjacket I won't complain... ;)

hi anon...you mean the city and the province that will determine whether he wins or loses the next election? Yes that makes sense. He's shooting himself in the foot, isn't that wonderful !!!!!

hi e.a.f....well of course he doesn't want to be seen with Ford for obvious reasons. But yeah people are going to remember how he acted during the Calgary floods, and wonder why they didn't get more than two TWEETS. And you're right we do need to beef up our emergency response. But to do that we need to treat such a big ice storm like a real emergency. Neither Ford or Harper did, and theory will pay a price for that. Our country was shaped by the way we forced to fight winter, and we need to do better...