Rona Ambrose, the Budget, and the Scandalous Cons 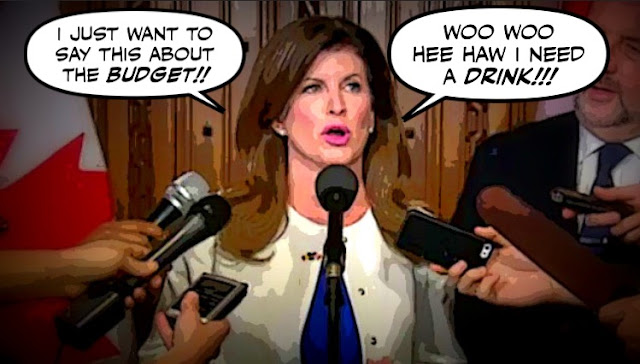 I almost felt sorry for Rona Ambrose yesterday, as she tried to say something intelligent about the Liberal's new budget.

Only to fail miserably.

And end up looking, once again, like the village idiot.

Claiming that Liberal spending was out of control, and that it was a "nightmare scenario." 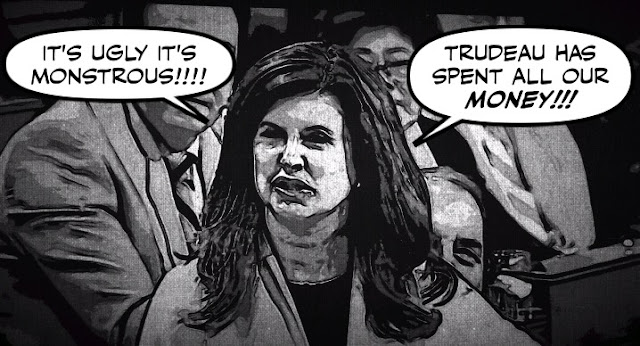 When in fact the budget was a cautious one, there is almost no new spending.

The federal government is offering almost no new spending in the 2017 budget, a document that brings into focus already announced funding amid an economic crunch.

Total new spending over the next year, in fact, clocks in at only $1.3 billion on a total budget of $304.7 billion, but all of it is money that was already budgeted in previous spending plans.

And this is her real "nightmare scenario." 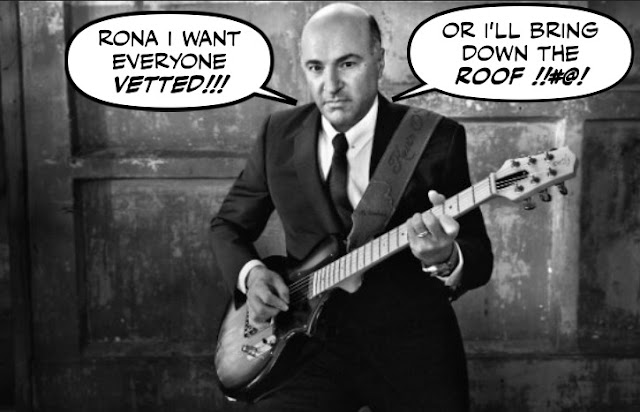 “That’s the only way you can know with certainty, regardless of which man or woman leads the leadership contest, how they can start their mandate without the taint of fraud.”

The taint of fraud, hanging over the Con leadership race like a stinky fish... 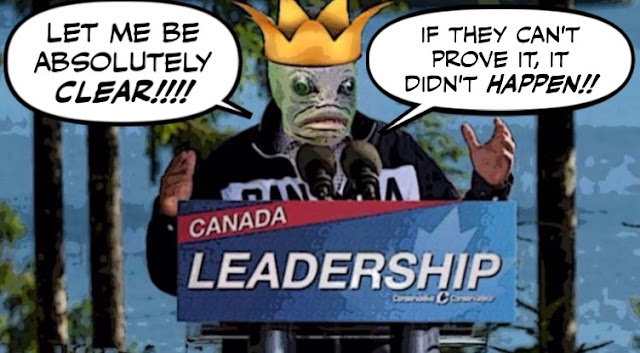 Or the legacy of Stephen Harper.

With the squeaky bigot Kellie Leitch trying to follow in his webbed footsteps...

Both O'Leary and Maxime Bernier accusing each other of buying votes.

While another Bernier adviser, Kory Teneycke, tries to hush things up.

Maxime Bernier’s campaign says it will now forward any complaints about membership violations to the Conservative Party and no longer publicly discuss them, including allegations of vote-buying against fellow leadership candidate Kevin O’Leary.

Kory Teneycke, the former vice-president of Sun News and communications director to Stephen Harper who is advising Mr. Bernier on his leadership bid, said the campaign will not get into a “tit-for-tat” for the remainder of the race. 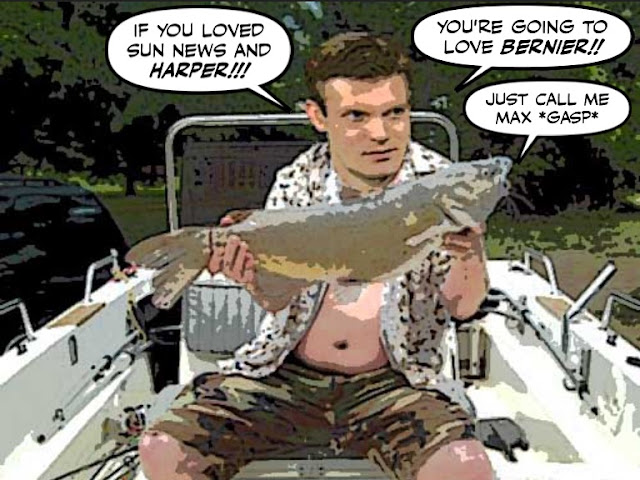 Which no doubt explains why Rona Ambrose is so desperate to promote beer... 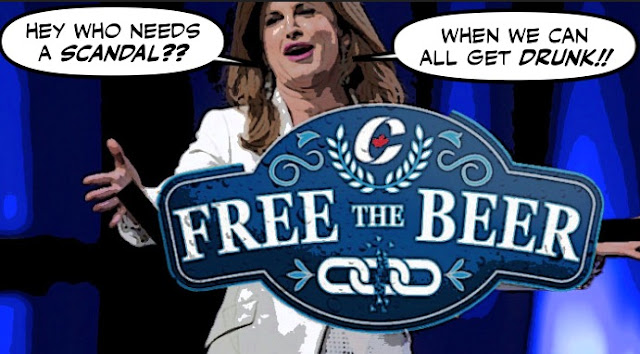 And why the Cons are making a small additional tax on beer, spirits and wine such a big issue... 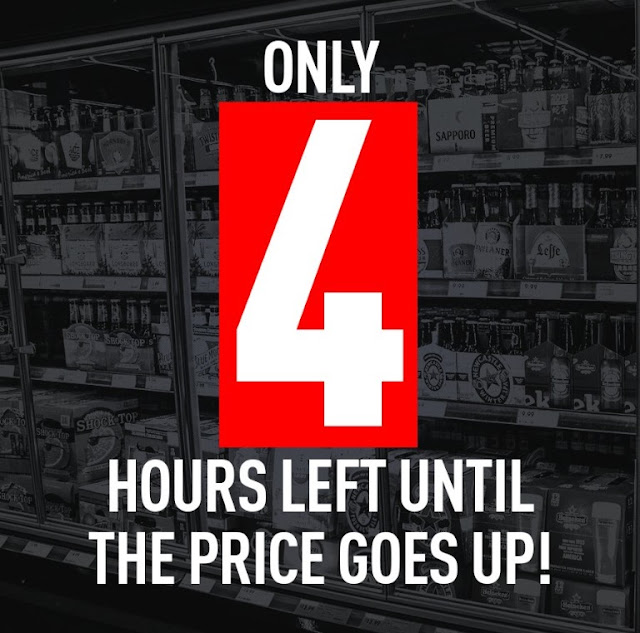 Which no doubt also explains why Michelle Rempel has been spotted promoting booze...

Because she too can see the writing on the wall, and she also needs a drink, or two, or four, or six.

Yup, the Cons are out of ideas.

The stench of scandal is in the air.

First they'll stagger around a bit.

And then they're all going down together...

Cons are total idiots to believe anything old Rona says

Ya cons are so stupid eh? Kellie Leitch is such a bigot... Looks like your religion of peace has struck in London. Sunni ways Simon.

The regressive left has blood on it's hands yet again.

Tory Kenneycake is like a beacon for something wrong.

Hi anon 3:34... Exactly. The facts speak for themselves. White supremacists are in North America the greatest threat we face. And you're right, violent extremists resemble each other no matter what colour they are or what religion they claim to believe in...

Kory Teneycke was Harper's Sean Spicer, but now he is filling that role for Maxime Bernier. RG

Really? Guess yiu forgot the days of Marxist blowing stuff-up all over the place?

One person drives over people with a car and you want to smear and blame 1.6 billion others for his misdeeds. Do you smear all christians when an abortion clinic is blown up?

Hi Anon 1:56....what nonsense are you talking about? A violent born in Britain criminal acts out in a cowardly manner and you blame an entire religion. Hey, I'm an atheist, but that's ridiculous. Is Leitch suggesting that the born in Canada bigots should get their values tested? And what about that white supremacist from Baltimore who stabbed that poor homeless black man? Am I to believe that Baltimore should be quarantined and that all white supremacists should be deported? And please, the "regressive left?" The left is the future and the only force that can save the planet....

hi anon...well it's interesting. I was wondering where Bernier got his organization from, and how he managed to collect so much money so quickly. I think there are some powerful Cons pushing his candidacy, thinking he's so dumb they can walk him like a dog. And who is to say they're wrong. Woof Woof .... ;)

hi anon...yes that's one way to put it. I presume you mean the asses with long furry ears, that bray like only Cons can ?

hi Kathleen... now don't go voting for Mr Marvellous just because he bought a sealskin coat in Newfoundland. At least make him kiss the cod first... ;)

What century are we in? The FLQ and Squamish 5/Direct Action are history. FARC is even history. Marxists in the Middle East? That's laughable. You can add Islamic terrorism to the real and growing threat of right wing terrorism.