Donald Trump and the Day of Reckoning 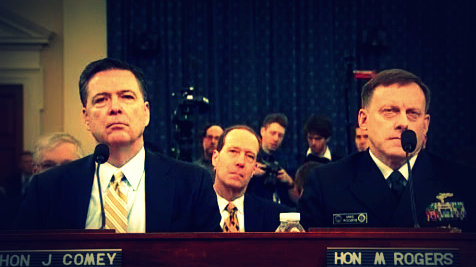 It was an extraordinary sight, and Donald Trump's day of reckoning.

The FBI director, and the director of the National Security Agency, testifying before the House Intelligence Committee, and all but calling Trump a liar.

It couldn't have been more shocking.

The F.B.I. director, James B. Comey, took the extraordinary step on Monday of announcing that the agency is investigating whether members of President Trump’s campaign colluded with Russia to influence the 2016 election.

Joined by Adm. Michael S. Rogers, the director of the National Security Agency, Mr. Comey also dismissed Mr. Trump’s claim that he was wiretapped by his predecessor during the campaign, a sensational accusation that has served as a distraction in the public debate over Russian election interference.

But what made it even more disturbing was the way Trump reacted on Twitter.

The president’s tweets throughout the day were misleading, inaccurate or simply false. The gravity of the disclosures might have called for a more restrained response, as the White House’s well of credibility is only so deep. But the president chose another approach — which clearly backfired, tweet after tweet.

With the Republicans trying to claim that leaks were the real problem, or even suggesting that Trump and his associates have been cleared.

The NSA and FBI tell Congress that Russia did not influence electoral process. pic.twitter.com/d9HqkxYBt5

When in fact they have not, and the investigation continues.

“We’ve offered no opinion, have no view, have no information on potential impact because it’s not something we looked at,” Mr. Comey said, clarifying that the intelligence community is examining what Russia did to interfere with the election, not the effect of that interference.

Which couldn't be more sinister, or more Big Brother...

For nothing Trump and the Republicans said or did could conceal the fact that it was a really bad day.

It is impossible to overstate the significance of the revelation that the FBI is investigating possible collusion between the Russian government and President Donald Trump’s campaign team during last year’s election.

This bombshell could eventually be remembered as the beginning of the end of the chaotic Trump presidency. At the very least, it means Mr. Trump will not soon escape from under the cloud of suspicion hovering over him and his campaign team.

It could very well be the beginning of the end of Trump's mutant presidency.

For who knows where this story could go?

So who can blame Keith Olbermann for suggesting that maybe it's time for Trump to flee the country?

Trump probably won't flee the country. That would be too easy.

And no other country, including Russia, would want him.

But his presidency is being seriously degraded.

Trump is looking like a heap of pulled pork.

And the day of justice is edging ever closer... 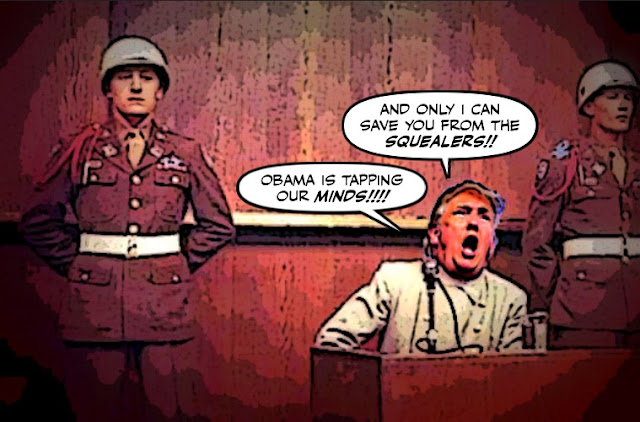