The Con Clowns and the Voice In Their Heads

It was such a boring show I had to remember to keep breathing. And needless to say I couldn't watch it for more than a few minutes. No sane person could.

Although it seems it did have its farcical moments.

For there were thirteen of the fourteen Con clown leadership candidates yesterday, trying to compress The Thoughts of Chairman Harper into sixty second sound bites.

And basically agreeing to agree. *Yawn.*

While Kevin O'Leary, the candidate who wasn't there, ran away with the headlines for all the wrong reasons. 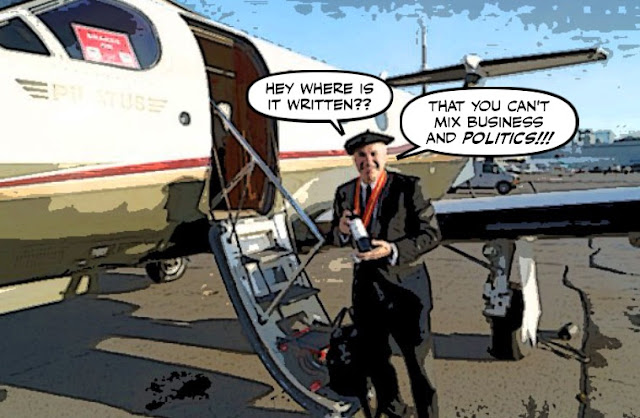 First O'Leary was forced to defend his use of private planes on the campaign trail.

Kevin O’Leary’s candid assertion that he is using private aircraft to campaign for the Conservative Party leadership while expensing only the price of a commercial ticket appears to be a violation of Elections Canada rules, opposition critics in Ottawa say.

Then, only a few days after this embarrassing story surfaced. 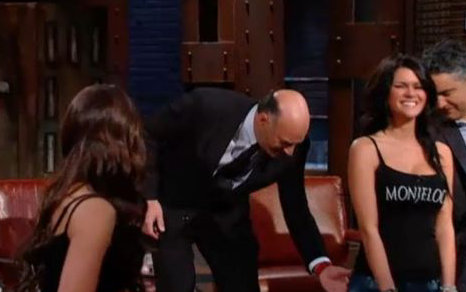 Conservative leadership candidate Kevin O’Leary once touched a woman’s posterior during an episode of Dragons’ Den on CBC, but said on Friday that she wasn’t offended by his move at the time.

Now he's going to have to defend this grubby video, recorded in his washroom.

Which makes him sound like a pervert, and also strongly suggests that O'Leary has the same problems with women as does his good buddy Donald Trump.

But does remind me that Kellie Leitch, Canada's other would be Trump, was promoting her bizarro video. 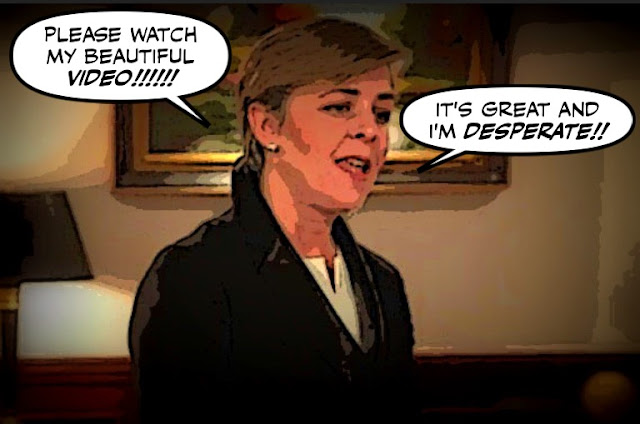 You’ve all watched a nightly newscast, right? You’ve seen the savvy veteran TV correspondent glance away from the camera in the middle of her standup. It’s a move meant to convey reflection – or create the notion that the reporter is pondering what to say next. When Leitch does it, however, it looks as though she’s greeting an invisible friend. BONJOUR MRS. CANTALOUPE!

Which is indeed so bizarre, the Huffington Post has made a surrealistic collage of its dramatic silences.

But strangely enough, I thought that 22 Minutes came closest to the truth.

When it asked whether Leitch was being held hostage?

Because of course the answer is yes.

Leitch, like most of the other Cons, is still being held hostage by the legacy of Stephen Harper.

Who is still the voice in her corner, or her head...

Many in our Con media are claiming these days that Harper created an inclusive party, and that people like Leitch are betraying his Big Tent principles,

But as Andrew Mitrovica wrote recently, those who do are falsifying history.

The crop of Conservative leadership candidates isn’t rejecting Harper’s sinister governing ethos. They’re embracing it; hence, their near unanimous rejection of Motion 103. They’re a tangible extension of what Harper is: a small, insular man, who always chose hate over love, suspicion over trust, retribution over grace.

The extremist “fringe” hasn’t just taken over the Conservative Party. Stephen Harper spent his career ensuring that it was the signature essence of his ugly party.

Which is of course, as you know, what I have always maintained,

He made them in his own image, and he is taking them all down with him... 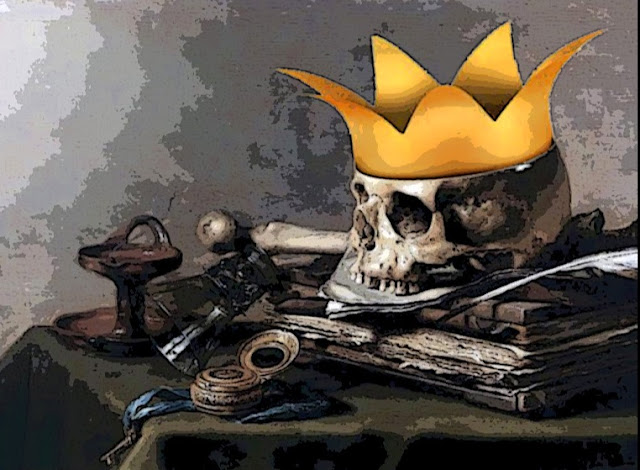 The "rebels" will vote for Kevin.....I will Not be shocked!

Kellie Leitch might be onto something. Looks like your "welcoming" Canada isn't so welcoming after all. The MAJORITY of people in my province of Quebec don't want any immigrants, PERIOD. It's not too late to switch over to the dark side. Don't be on the wrong side of history Simon.

Andrew Mitrovica couldn't have said it better Simon. This pathetic bunch are still loyal to their departed "Dear Leader". They each possess some or all of his ugly traits and are either unwilling or to scared to step out of the ugly Harper shadow.
Until someone does, they will remain in opposition for a very long time. Harper is, to use Michelle Rempel's analogy, the fart in the room that just wont go away.
JD

Simon, do you know the steps to take in contacting law enforcement when threats are made against elected officials and minority groups online? Would be a good service to help out police with these threats, I think.

After watching a few seconds of Leitch's bizarro video, my first thought was Leitch had quickly downed 3 or 4 Raspberri Cosmos at the Parliament Pub

before the director yelled "Action!"

Why do I think that Sir John A. would be horrified at this collection of 'well something".

hi Kathleen...it's hard to say who the Rebels will vote for. Kellie Leitch should be their sentimental favourite, while O'Leary is considered by many to be too liberal. As soon as I decide which candidate can do the Cons the most damage, I'll be casting my (five) votes too !!! ;)

I live in NS and have heard such sentiment.

hi MC...I see I've been away from Quebec for too long. I'm going to have to return to restore order. But as you can see it's only the old and the ignorant who don't like immigrants. They'll be dead soon, and so will Quebec or any other province that doesn't take immigrants, because we depend on them to keep this country growing. Finally, I could never join the Dark Side, I want to be a good person not a bad one. I'm not there yet, but at least I'm trying....

hi JD...yes, I'm glad Mitrovica agrees with me. ;) When you see how some in the MSM are making it sound like this Trumpism wouldn't be happening if Harper was still boss, it really is outrageous. The man poisoned his party, and what's happening now is his foul legacy. You know, the more I think about it, I may have to build a Harper bird bath in my backyard. A tiny shrine where every morning I can go and give thanks for what he has done to the Cons... ;)

hi anon...I don't know what to say because it varies from place to place. But I would just print out the threat, take it to your local police station, and ask the duty officer what he or she thinks you should do with it. And remember, if you ever meet up with your MP, please lobby to have our hate laws strengthened, because that will make it easier to go after the violent among us...

I wonder why this poll suggests such a thing? Would it be the Trump brand of Islamophobia added to our own band of Islamophobes commonly known as the federal Consevative party? Two of the main reasons a right wing psycho murdered six innocent people. Oh sure there were the empty platitudes of "our thoughts and prayers blah blah blah..." and soon after the dog whistles were back out again.
Just when I thought there may be hope for you MC, your comment proves you've taken the Conservative race bait hook, line and sinker.
JD

Oh don't worry Simon, I am on it on the hate speech laws.

I found Leitch's video to be creepy and disturbing. When she walks toward the camera she always seemed to be getting into my personal space and the whole thing reminded me of Breencast #2 from Half-Life 2.