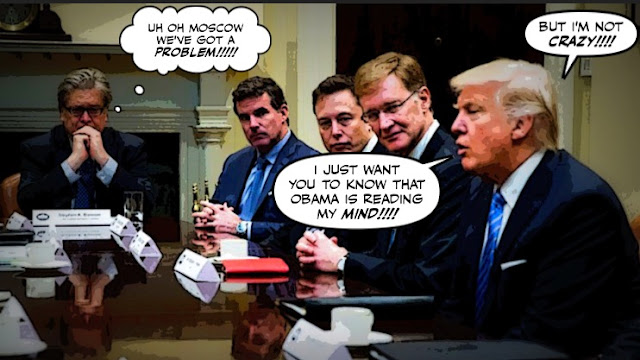 As you can imagine, even some of Donald Trump's closest advisers are said to be deeply worried about his mental state.

They say he appears shell shocked. He apparently had no idea that government was so difficult, and that he would have so little time for golf.

And of course he blames the media for EVERYTHING.

As one thing after the other goes horribly wrong. 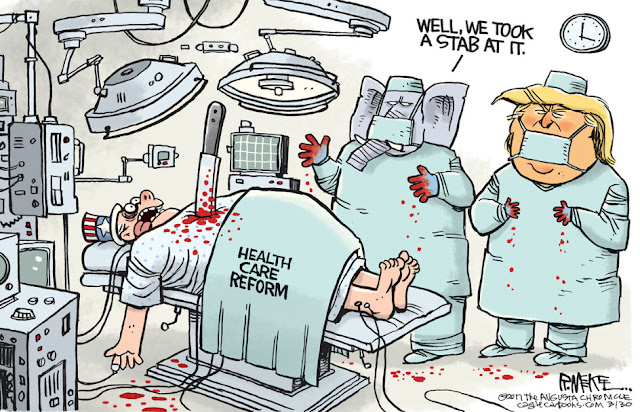 His Trumpcare plan was an epic failure.

His Muslim ban is still tied up in the courts.

His Russian problem promises to get even bigger. 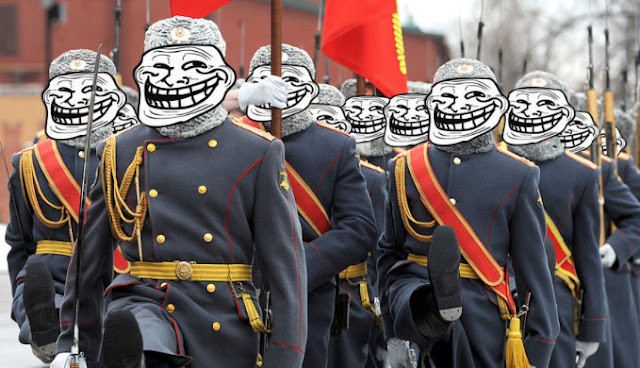 The House investigation into Russia’s election meddling is in shambles. The Senate is more than happy to fill the void.

As the House probe continued its collapse into a partisan shouting match Wednesday, Senate Intelligence Chairman Richard Burr and his Democratic counterpart, Mark Warner, stepped into the spotlight to present a stark contrast. Their message? We are the adults in the room.

To make matters worse, it now appears that even if he kills Meals on Wheels programs all over the country, he still won't be be able to reduce corporate taxes to FIFTEEN per cent.

Only to about THIRTY per cent.

So as you can imagine the Wall Street boys aren't happy... 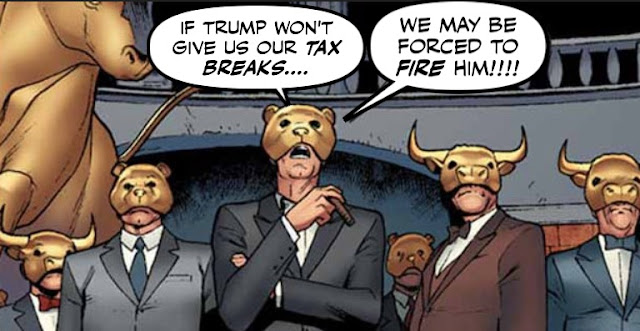 And they won't stop anyone from impeaching him.

But still Trump claims that it's all part of his Master Plan, and that he's still winning.

So I'm not surprised that some like CNN's Jeanne Moos, are wondering how much more winning can he take?


While I wonder what Trump might do to distract Americans from his "winning" streak.

Like leading his country into one war after the other.

Or wonder like Keith Olbermann does, whether Trump could even pass a sanity test?

And of course, the answer is he almost certainly couldn't.

That can only become more obvious in the days and weeks ahead.

And it will eventually lead to his removal from office.

And then they'll take down the messenger... 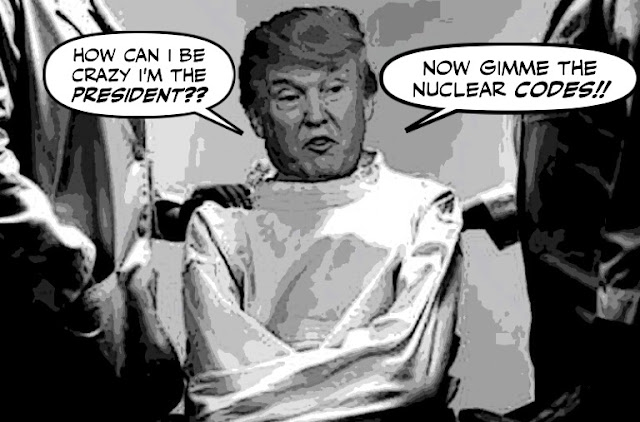 Donald Trump may not know it yet.

But he has already betrayed himself.

And his days in office are already numbered....

Labels: Donald Trump, Keith Olbermann, The War on the Planet, The Madness of Trump, Trumpcare fiasco

I will dance on the day he is removed from office.

Carl Bernstein: "Look, we are witnessing a cover-up."

And the libertarians will have taken over the presidency by way of Trump's muddled and reputedly populist platform. Has the independent alt-right started pointing fingers at Pence yet, or are they still too busy obsessing over Reince and Ryan?

Still, I can't help but wonder how Lyin' Ted would have made out against Hillary? Would Putin's hatred have been sufficient motivation for the exercise had that been the choice?

I don't think Trump is insane in the technical sense, but he is a highly narcissistic personality in a post with far more demands than he is used to and with much less control of his agenda as he is just learning. He is likely experiencing a lot of stress and anxiety that is impeding his ability to concentrate or think rationally (well, as much as he ever thought rationally).

He probably always had the short attention span and lack of ability to handle detailed or abstract arguments but this is likely getting worse as anxiety increases and just as a function of ageing in a man who probably never did much abstract thinking—Kahneman's “thinking slowly”. Practice while it might not make perfect but in a case of abstract thinking the adage use it or lose it definitely holds.

Flynn could be the Trump card so to speak if he testifies.
"Hell hath no fury like a General scorned".
JD

Dinky Donnie seems a little distracted these days.Forgot to sign two executive orders while at a photo op called for that purpose. A reporter asked him about Flynn seeking immunity in exchange for his testimony and Donnie walked out without even singing the much ballyhooed "Stop Screwing America" trade orders. Not clinically crazy just a little obsessed with winning while using greed, anger and revenge as motivators.
Will certainly be interesting to see how he plays the Flynn story... probably something like the Duffy story .. take the fall and we will look after you. Nothing to see here folks... Flynn the traitor was sort of convicted and sort of punished... now lets all move along we have trade agreements to destroy, immigrants to persecute,people to abandon, science to deny, and new wars to fight!
RT

hi anon...well you won't be the only one. The night Trump goes down will be one of the greatest days in the history of humanity, and the planet itself will dance with us....

hi David...every time I hear Bernstein use the word cover-up, my heart skips a beat. And I have visions of Trump heading off in a helicopter like Richard Nixon. Please God make it happen....

hi John...the alt-right gang are still fixated on Ryan and to a slightly lesser degree Priebus. But Pence seems to be able to float above it all, and after he let us know that he is never in the company of any other woman but his wife, I'm sure his star is shining even brighter. As for the Cruz/Clinton match up I have no idea how that would have worked out. But I will always wonder how different things might have been if Bernie Sanders had taken on Trump...

hi jrkrideau...Trump may not be insane in the technical sense, but his paranoia is a real problem, especially since he tends to believe some of the nonsense peddled on right-wing TV. And along with some of my doctor friends, I do wonder whether early onset Alzheimers could be a factor. It did kill his father Fred, and the first symptoms can be subtle and hard to notice. But attention deficit disorder in a 70-year-old man with one finger on the nuclear button is by itself reason for concern...

hi JD...I saw that, as well as Pence running after him, and I must admit I found it deeply disturbing. As I said above, I can't shake the feeling that something is wrong with Trump. And I only hope we don't find out what it is in the middle of a full blown crisis...

hi JD...I'm not sure what Flynn's offer to testify means, but I'm keeping my fingers crossed. I have read that Flynn is apparently angry at Trump for agreeing to fire him, so I can only hope that he attacks him like a vampire. Or accuses him of "spirit cooking" or whatever.... ;)