Maxime Bernier and the Red Pill Road To Ruin 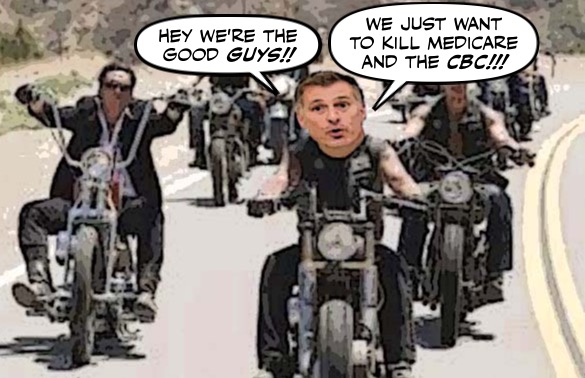 For most of the Con leadership campaign, Maxime Bernier was the happy warrior or the  happy biker.

Roaring down the highway selling extreme libertarianism instead of racism and bigotry like many of the other candidates.

But even though that approach has served him well, and propelled him past Kellie Leitch.

It seems that the boob from the Beauce is now trying to appeal to her supporters. And the picture is getting a lot darker. 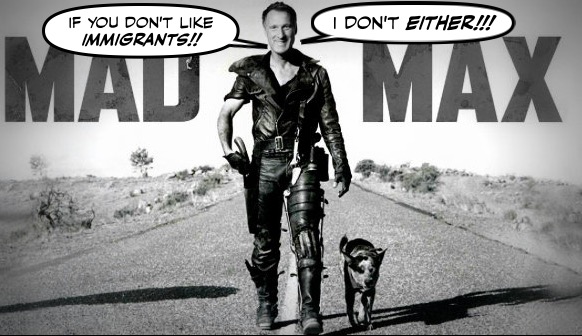 Now he is not only against the anti-Islamophobia motion M-103. He is also attacking Bill  C-16 which is designed to protect the rights of transexual Canadians.

Bill C-16 was passed by the House of commons last October and is now being debated in the Senate.This Bill amends the Canadian Human Rights Act to add gender identity and gender expression to the list of prohibited grounds of discrimination. It also amends the Criminal Code to extend the protection against hate propaganda to people who are distinguished by gender identity or expression.

And says he now regrets his decision to support the human rights of that brutalized minority.

I regret my decision to vote for Bill C-16. If the vote were held again today, I would vote against it. I encourage my colleagues in the Senate to stop it from becoming law. And if it does become law, as the next Conservative Prime Minister of Canada, I will repeal it.

Even as John Ibbitson reports, he is also adjusting his platform to become more anti-immigrant.

On Sunday, Mr. Bernier tweeted this sentence from the immigration plank of his platform (you can find it on his website): "Our immigration policy should not aim to change the cultural character and social fabric of Canada, as radical proponents of multiculturalism want." For this writer, that sentence sounds disturbingly similar to the sentence that branded Reform as intolerant and anti-immigrant.

And yesterday he went a step further by tweeting this sinister image: 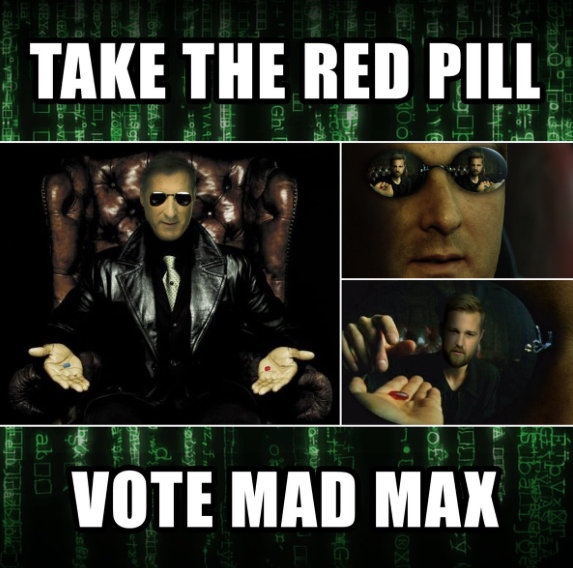 Which he claims was taken from the 1999 movie The Matrix.

But is in fact, the symbol of a weird cult of loser men who either don't understand women or hate them.

The community's name is a tip of the hat to the truth-seeking attitude in The Matrix – Keanu Reeves pops a red pill to unplug his mind from a simulated world, freeing him to explore genuine reality.

For Red Pillers, genuine reality goes something like this: Female oppression is a myth and men are the ones holding the short end of the stick. That said, m en and women are inherently different due to evolution, so each gender should carry out its designated role in society. For example, females should raise children at home and men should work and have sex with women.

As you can see from this foul web site...

Or this equally disgusting invitation from the Wild Rose On Campus group to attend a screening of an anti-feminist movie called the Red Pill... 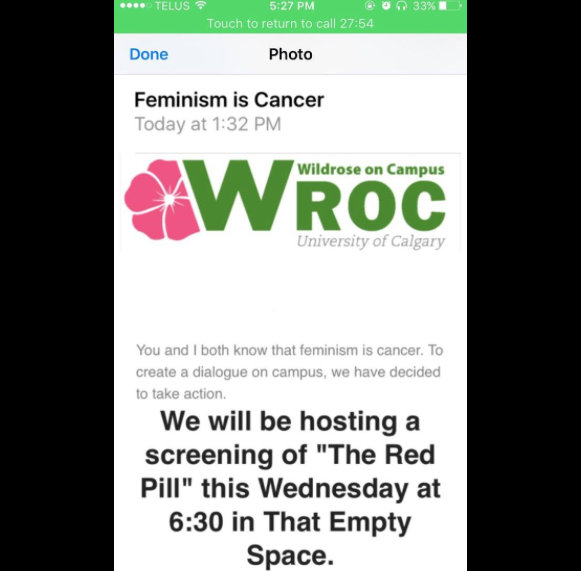 It's clear what the red pill symbolizes these days, the murderous misogyny of the so-called alt-right movement.

And although Bernier claims he's innocent....

As Lisa Raitt points out, Bernier should have known what he was promoting.

And the burning question is did Bernier know? Is he deliberately trying to appeal to some of the scummiest right-wingers in Canada?

Or is he just too dumb to know what he is doing?

Since in Quebec we call him the boob from the Beauce, I'm inclined to believe the latter. 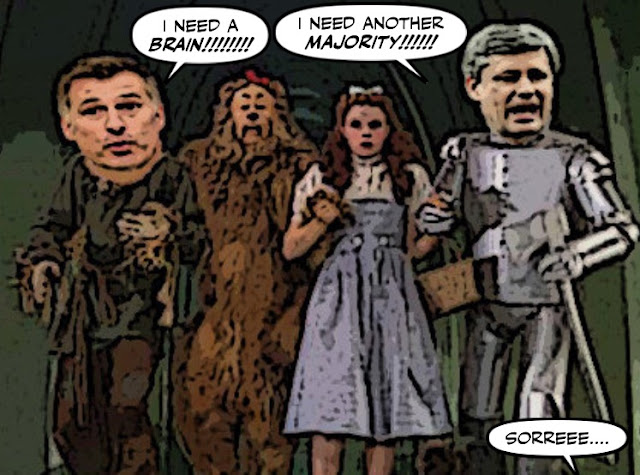 But we simply can't take the chance.

The alt-right neo-nazis are crawling out of their dank holes all over this country, and they must be crushed before they poison our Canada.

Maxime Bernier must be ashamed of himself.

And should end his leadership campaign immediately....
Posted by Simon at 10:01 AM

He is a bimbo idiot, but he knew. He's been playing to this crowd for awhile, he even shouted out the angry and foul Jordan Peterson.

Well at least unlike some some you didn't blame the Red Pillars on MRAs (very different groups of men and MRM has many prominent women leaders).

The Matrix is not racist/sexist/whateverist. PC nannies get hysterical over everything.

This is particularly funny given it will help O'Leary win the leadership. Thought he was supposed to be the bad guy because he's a reality TV host... LOLOL.

The people who made the Matrix are trans people for goodness sakes.

Give me a break. You can't be f*cking serious.

I'm feeling the Bern... Bernier that is. Sorry not everyone is a regressive Trudeau shill.

hi anon....yes, I must admit I am surprised, I thought Bernier was dumb but harmless. But there are now right-wing extremist groups in Quebec that can match anything found in Alberta, and Bernier seems to be getting some of his material from them. Maybe it will work with the Con base, but it won't work with most Canadians....

hi Gyor...to be honest I've never heard of any of those groups, but the naked misogyny of that "Red Pill" group disgusts me. What are they thinking?

hi anon...that Red Pill cult has nothing to do with The Matrix. The original movie has been corrupted by Trump supporters, just like they corrupted Pepe the Frog, who started off as something quite different on Reddit, before morphing into a neo-nazi mascot. But as for O'Leary bring him on. His negatives are much higher than Bernier's ones, so I'm one of his biggest fans... ;)

hi Gyor...what on earth are you saying? Who is the trans character Trinity or Morpheus? Or should I say what have you been smoking? ;)

hi Centre Wing....are you addressing that question to me or Gyor? And if it's for me, may I ask you whether you take Bernier's candidacy seriously? Because when I look at the propaganda he's putting out, and hear him talking about introducing the gold standard, I certainly don't....

hi MC... as you know I've always encouraged you to be whoever you want to be, or to embrace your inner Con if that's what you want. So I find it VERY rude of you to label me a Trudeau shill, for simply supporting the most popular politician in Canada. I've told you many times I voted for the NDP and your cruel comments can only damage my reputation... ;)

Simon you should take it as a compliment. Trudeau is awesome and the envy of the world.

Oh man, I missed this! Wow... Maxime Bernier is apparently dumber than a box of rocks if he just tweeted this out without understanding the broader cultural context.

He's probably referring to the Wachowskis, who both transitioned since the release of The Matrix in 1999. Kinda puts that whole film in a new light when you think about it.