Donald Trump and the Idiocy of Ben Carson 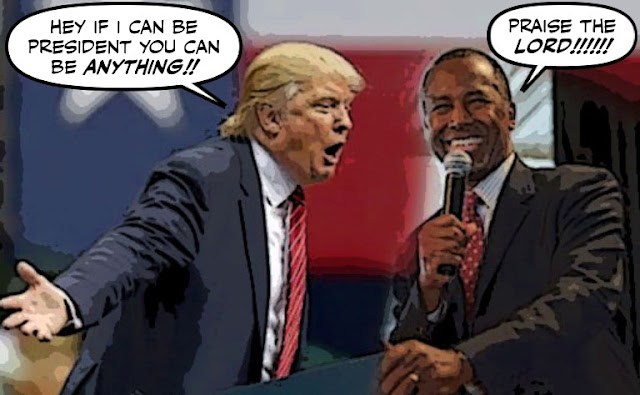 When Donald Trump first offered Ben Carson a cabinet job, Carson turned him down saying he didn't have a clue about how to run a government department.

But Trump insisted, Carson agreed to become the new head of the department of Housing and Urban Development.

And yesterday he showed his boss, and the world, how clueless he can be.

By addressing a group of employees and comparing immigration to slavery.

Ben Carson at HUD: “There were other immigrants who came here in the bottom of slave ships, worked even longer, even harder for less.” pic.twitter.com/YolvoZQHX7
— Bradd Jaffy (@BraddJaffy) March 6, 2017


As only Carson could.

And needless to say many African Americans, like the actor Samuel Jackson, weren't amused. 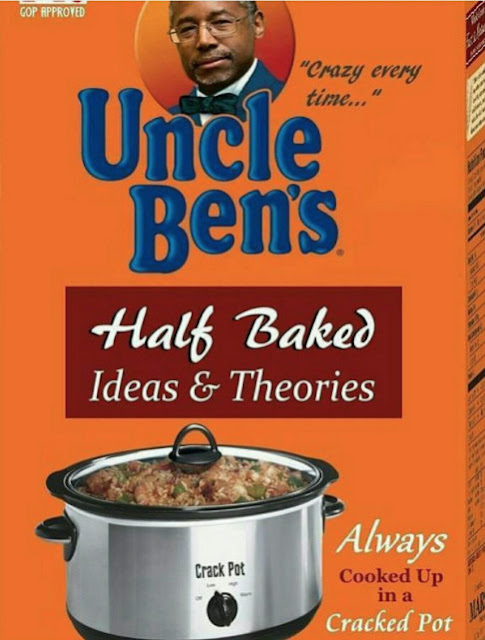 Or a field hand day.

But then who could really be surprised by Carson's idiot remark?

When the retired neurosurgeon has been making a fool out of himself for years.

He's a religious fanatic who believes that Joseph built the pyramids to store grain in them. 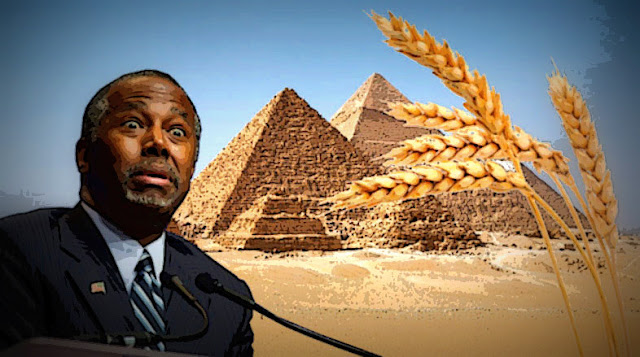 As well as many other bizarre and bigoted things... 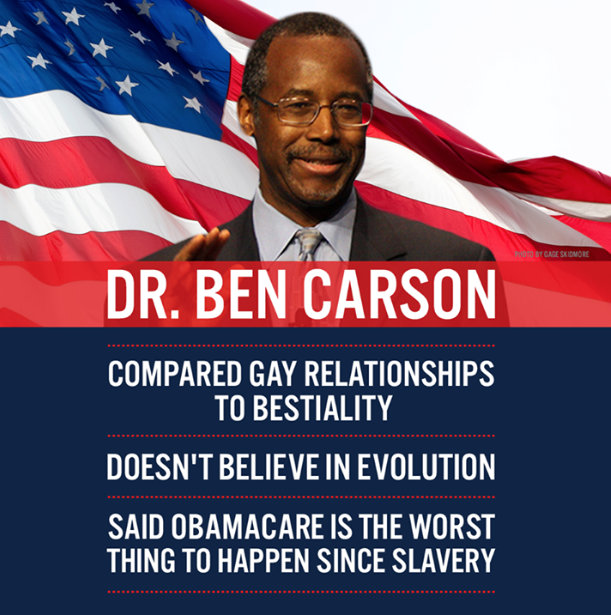 Carson claims that he once stabbed a classmate, who was saved by the bell, or the belt, or whatever.

And as Jimmy Kimmel points out, there's some really weird artwork in Carson's house.

Or temple to HIMSELF...

And of course, this is the bottom line:

Ben Carson is a bigoted buffoon who never should have been appointed secretary of ANYTHING.

And for appointing him anyway, Donald Trump has shown once again that he has no judgement.

And must be removed from office as soon as is humanly possible...

Ben Carson is a bigoted buffoon who never should have been appointed secretary of ANYTHING.

Yet Ben Carson was unanimously approved by the Senate committee that voted on his nomination. That included the yes votes of 11 Democrats! So if Don the Con had no judgement, then neither did Elizabeth Warren and Sherrod Brown. And you wonder why people voted for third parties!

Ben Carson is a retired neurosurgeon, so he must know a few things!

Ben Carson isn't a bigot, he's just nuts in the clinical sense and no doubt hears voices in his head - it was obvious during the campaign for Republican presidential nomination. Funny peculiar when you consider he's supposed to be a neurosurgeon.

Speaking of nutty physician surgeons, Kellie wants women to carry mace and pepper spray. Now THAT's a Canadian value. These kinds of people apparently see no reason or logic whatsoever, so the only conclusion a rational person can come up with is that she's a lunatic as well.

My dear old dad was a pyschiatrist, and never one to gild the lily. Plainspoken. Once, when we were standing waiting for the light to change to cross the road, we were next to a poor old dear babbling away out loud. My father turned to me, 11, and my brother, 8, and said gravely to us "Now there's a real nut for you!" I'll never forget it. Our house was full of gifts from grateful patients who wouldn't take no for an answer, and people from far away would camp out in local motels trying to get an appointment with a logical head-shrinker, his reputation spread so wide by bush telegraph. Commonsense. Gone for 30 years worse luck.

Time to call a spade a spade. We've become too PC. Carson is out-to-lunch, not bigoted, and deserves care. But instead of helping the man, we somehow think insulting him will work. It won't.

At least his personal Jesus is also a black man.

Anon, your dad was a psychiatrist?

Check out the 2009 updated edition of this book by psychiatrist Andrew Hodges:

The portrait he had made for himself with Jesus behind him in a supporting role is also a brown man?