Why the Police Should Investigate The Con Leadership Race 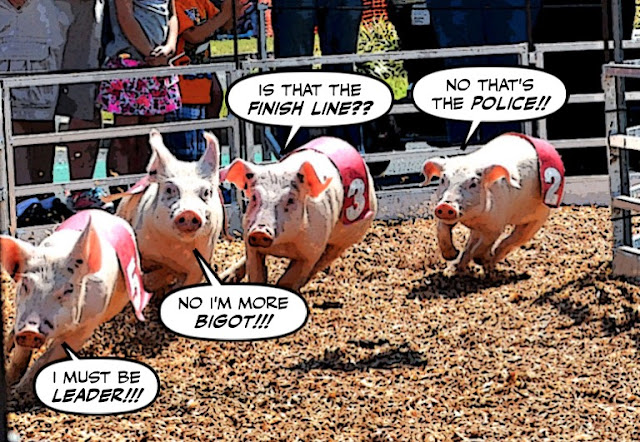 The other day I warned that the Con leadership race was becoming more desperate and more porky by the day.

With so many mediocre candidates, and no new ideas.

And now to make matters even worse, the suffocating stench of scandal.

With Kevin O'Leary aka Mr Wonderful, claiming he was robbed. 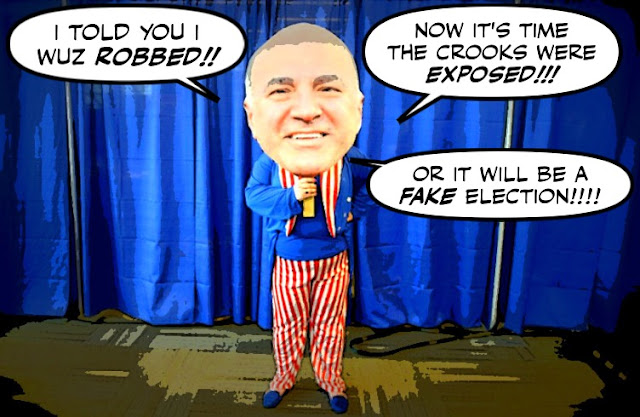 And the Con bosses apparently agreeing with him. It smells like FRAUD.

The federal Conservative party removed more than 1,300 people from its membership rolls Friday following a review triggered by leadership hopeful Kevin O'Leary's accusation that one of his rivals has been engaging in widespread fraud and vote-rigging.

But sadly for them, unable to determine who is responsible.

Party spokesman Cory Hann said it wasn't possible to determine which leadership campaign or campaigns were involved since the memberships were purchased anonymously through the party's website.

Even though the O'Leary campaign seemed to be suggesting that Maxime Bernier was responsible... 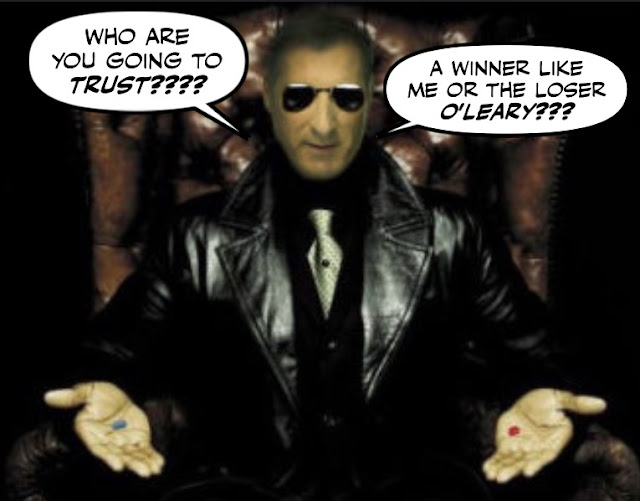 While O'Leary never pointed a finger at a specific campaign, sources had said the Bernier campaign was the alleged culprit.

Bernier fired back Friday, pulling no punches in a bluntly worded fundraising email to his supporters. "Kevin O'Leary is a loser. I'm a winner," Bernier said.

And even more strangely, Kellie Leitch seemed to be criticizing O'Leary for daring to complain.

And while we're at it, why are all those other Con candidates not MORE upset about this obvious attempt to rig the leadership race?

Do they know something we don't?

But then I suppose it doesn't really matter what they say. Until those responsible are exposed and expelled from the party, the leadership race will be hopelessly tainted.

And ALL the candidates must necessarily be suspects... 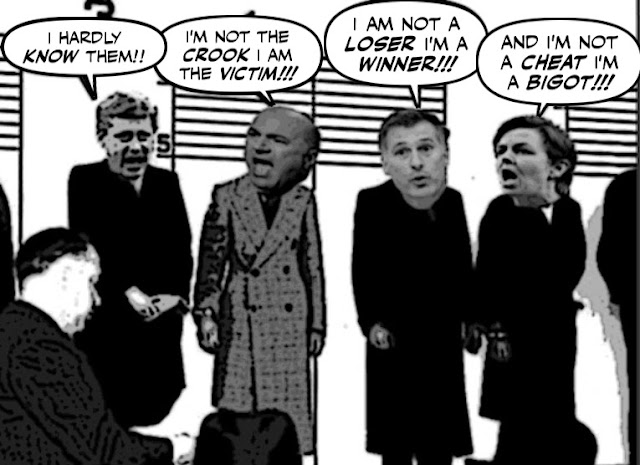 The police must be summoned.

The truth must be revealed.

The Harper Party is now the Corruption Party.

And this (latest) sordid scandal will help destroy it...

Funny ... a similar thing happened in the Ontario PC leadership race and Patrick Brown got away with buying the leadership. Same people involved. Different rules?

The Harper Party has always been the Corruption Party.

Well Simon, it appears the Cons are very good at rigging elections. If it isn't illegitimate memberships, its devious Robocalls or some other nefarious strategy. RG

Well summon the police then, what are you waiting for? ;)

Have they checked to see whether any of the new members they kicked out are alive? Which candidate is Tom Long supporting?

Just as I theorized on last Friday's post Simon, the bald headed boy who cried wolf is looking to turn out to be the wolf himself.

It takes an especially arrogant and monumentaly stupid person to think he could pull this one off. Up next? O'leary slinking back to Boston with his tail between his legs(I hope).
JD

Buying votes with prepaid credit cards pales in comparison to some of the capers their founding father pulled off. Guess the new crop of Cons have to start somewhere... baby steps come first.
RT

hi UU4077...you're right, the same thing did happen with Patrick Brown and I can only guess that the reason he got away with it was because at that point nobody took him that seriously. But now that he could be the next Premier of Ontario, I can only hope that everything can and will be used against him...

hi anon...yes, I've always believed that too. Harper brainwashed his cult into believing that winning was the only thing that counted, and it didn't matter what you did as long as you weren't caught. He got away with it, but these other losers won't....

hi RG... yes, they really are quite a gang aren't they? Just when you think they've hit rock bottom, still they surprise us. But the good news is they aren't impressing many Canadians. Their polls are on the way down again, and this latest scandal will only bury them further. Excellent !!!! ;)

hi MC... Now don't choke on that popcorn. I admit it's a great show, but it's only going to get better. And you do want to save some for when the police finally arrive. Or the glorious moment when your gang are dragged before the court of public opinion... ;)

hi John... When I was at McGill, I remember hearing stories about how Mulroney used to send a bus and several crates of beer to the homeless shelters, and drive some of their residents to the polls to vote for the Cons. So the Cons are still using the same playbook...

hi JD...yes, I see I may have to call you Inspector JD, and I must say I find the situation hilarious. But then that's what happens when you don't have a moral compass. And when this farce is over we're going to have to use a microscope to see where the Cons are in the polls. And all I can say is encore !!! encore !!! or please sir more... :)

Oh yeah, because Ontario could really use so much more of Kathleen Wynne's amazing leadership......

Something else to consider is how did O'leerie suddenly have this epiphany that there was vote rigging in the first place? It helps when you're the one actually doing it I guess.
JD

Patrick Brown could possibly win a minority government in Ontario and then be tasked with having to work with Horwath & Schreiner. How interesting that could be (A PC Premier who could perhaps be more progressive than the Liberals in power right now!)... based on recent polling done last week: