Has Donald Trump Finally Gone Over the Deep End?

It's now been four days since Donald Trump woke up early in the morning and fired off some deranged tweets, in the general direction of Barack Obama.

And according to reports from the warring factions in the Trump White House, for a few hours after that Trump was in a really good mood.

Until he realized that he had gone over the deep end... 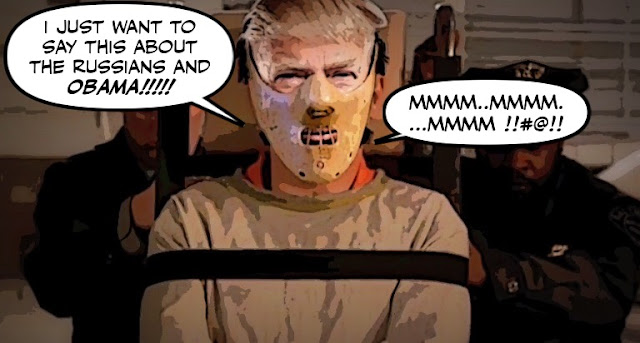 And was forced to muzzle himself and his team.

President Trump has no regrets. His staff has no defense. After weeks of assailing reporters and critics in diligent defense of their boss, Mr. Trump’s team has been uncharacteristically muted this week when pressed about his explosive — and so far proof-free — Twitter posts on Saturday accusing President Barack Obama of tapping phones in Trump Tower during the 2016 campaign.

And with good reason... 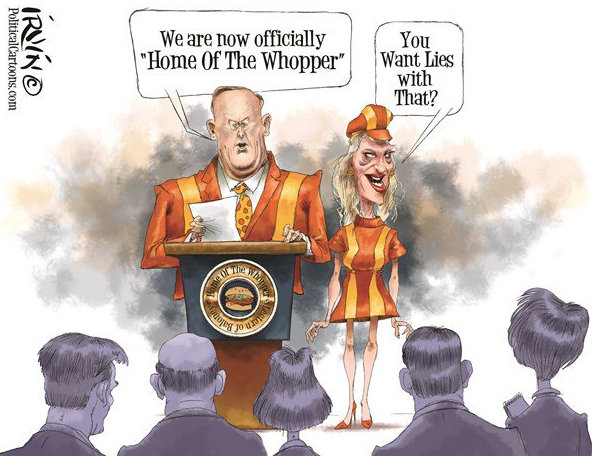 What Trump did is indefensible, and is just another example of the madness of President Donald.

In the White House, the Bannon-Miller Axis of Weasels is ready to merrily watch the world burn for the sake of pleasing their master’s mercurial moods and their own dark nationalist fantasies. For them, these outbursts aren’t bugs, but core features. They want the Trumpbartian war over all else, and, contrary to what official Washington tries to believe, they want him ragey and dangerous, which is why they’re feeding his paranoid talk (perhaps made vivid for him by his own eavesdropping instincts) about President Obama “tapping” him in Trump Tower.

Or the madness of President Bannon... 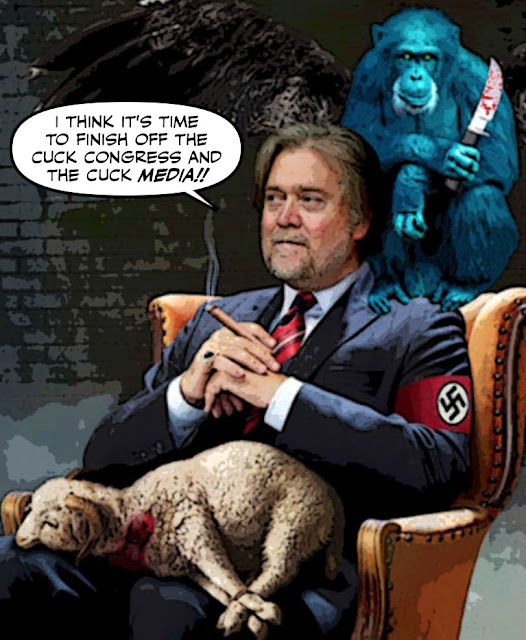 Trump is stress-testing Congress, hard. He expects their full-throated defense of this madness to shatter the sky with its volume. He expects his media allies to turn this into a Watergate-style scandal against Obama to distract from the beets-and-vodka reek covering his business dealings, his senior advisors, and the pro-Putin claque that surrounds him in his Kremlin outpost on the Potomac.

But the good news is that none of this is going to work for long, and neither will this convenient leak.

In what appears to be the largest leak of C.I.A documents in history, WikiLeaks released on Tuesday thousands of pages describing sophisticated software tools and techniques used by the agency to break into smartphones, computers and even Internet-connected televisions.

For although it is shocking, it will not distract Americans from the swirl of allegations about Trump's Russian connections.

It will only make even more of them wonder about the relationship between him and his good buddy Vladimir Putin.


And that will in the end prove fatal.

For once the seeds of doubt are planted they can only grow.

While Trump gets smaller and smaller... 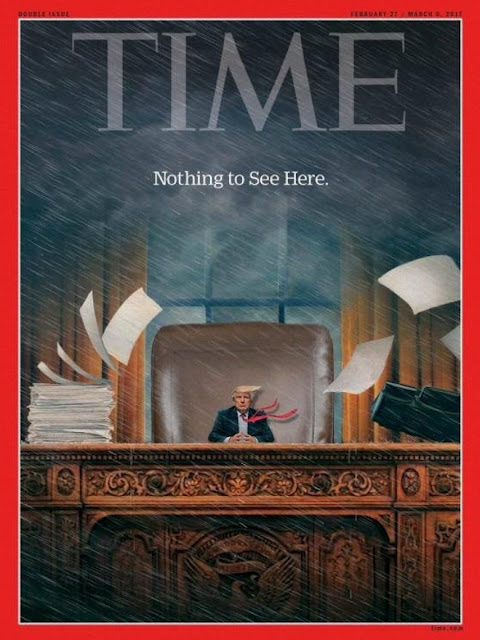 He was always unfit to be president.

And by the time The Resistance is finished with him.

There won't be much left of him...

Assange is a cunt.

President Tantrump must have thought he was brilliant by deflecting the Sessions scandal with the total bullshit Obama claim. It did deflect attention away from Jeff the bigot alright, except this time his bogus claim will come home to roost. Have fun with that one spineless congress.
It must be thoroughly embarassing to be an American these days. The once proud and mighty USofA has either been reduced to a laughing stock, or are despised around the world.
I was considering a Florida vacation Simon, but as long as Trump is in power, no way. I don't think I could stomach seeing or being near some moron with their red hat on. To me it's the international sign of "Hey, I'm Stupid".
To the good people of America, be strong and rest assured that this joke of an administration will eventually implode. Until then, may God bless America.
JD

You act the fool at times Simon. Canada is putting fighter aircraft and soldiers into Ukraine, that bastion of freedom and democracy, and for WHAT, to make Trudeau look tough? What will he do if it does fall into all out war. I thought you were anti-war, but it looks as if you are as ideological intransigent as a facsist or anachist. Perhaps you should join up and fight for the Kiev army, while in the background American oligarchs take over the place. OH about your tv, phone and fridge, car, its not Putin spying through them or using to murder or discredit, its our friends and perhaps even our own government.

Assange a cunt? Trump a tool? Well, Obama is a mass murderer. Prove me wrong. Bush, both of them are mass murderers. Again prove me wrong. Simon, please join in and prove me wrong. Hypocracy everywhere. Should Assange go to jail? Should Trump be impeached? Or is the seriousness of this matter just to much for you to swallow. All three of these murders, I almost mistakenly called them men, should be in prison facing a noose, just like Saddam. But go right head, spew your hypocracy and bury the facts that the Bush's, together, have killed millions, and Obama, who knows how many for sure. Do you know what the real shocker will be; when Putin comes out.

hi JD... I love the north east part of the U.S., and I like to go there every summer. But not this year. I've always found many U.S. border agents arrogant and sinister, so I can only imagine how they must be feeling, now that they can terrorize millions. The U.S. is indeed a mess, and until it is liberated from the Trump cult, I won't be visiting it....

hi Stig...I freely admit I sometimes do play the fool, to try to brighten up things in this sometimes grim country. But where did you get the idea I'm for sending troops and planes to Ukraine? I'm not. But because I march to the sound of my own drum, I can criticize both the Putin mob and the NATO blowhards, and I am very definitely against war. Which is a big reason I'm against Trump. For while some may believe that relations between the U.S. and Russia will improve, I don't believe that for a moment. Trump is planning to boost the Pentagon budget by $54 billion, and because he is mentally unstable, Russia could very well find itself portrayed as an enemy by a man whose only loyalty is to himself...

That is some neat whattaboutism you have going on there.

So you are cool with Putin waltzing in and ruining countries? Turning them into shit like he's done to Russia?

Make money at home on the internet: Troll for Vlad!