The Con Leadership Race Is Now a Stinky Scandal 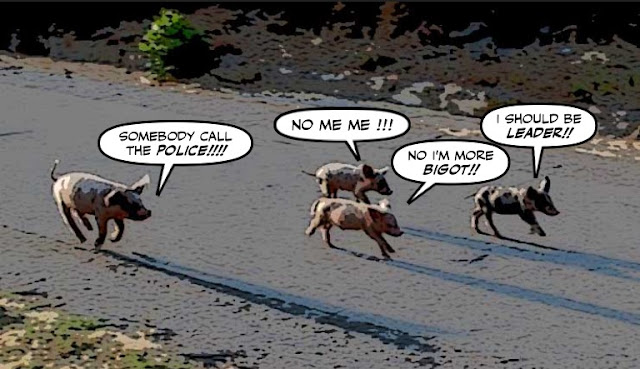 And it smells even worse.

But who can be surprised?

As the never ending Con leadership race heads towards the final stretch, the stench of porky is in the air.

And the most disgusting leadership campaign in modern Canadian history is in danger of gassing itself. 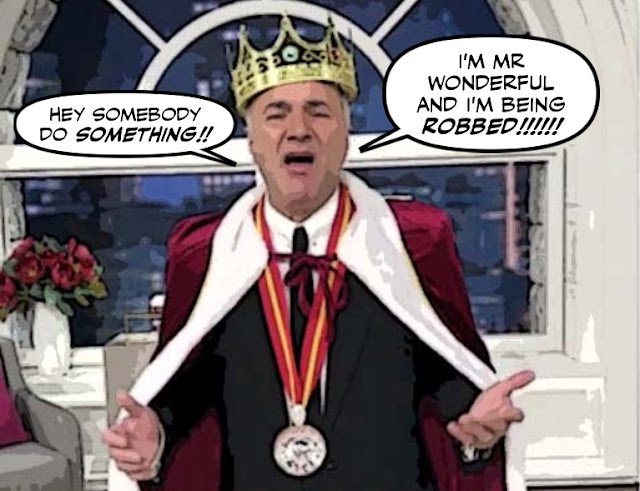 What with Kevin O'Leary, aka Mr Wonderful, crying fraud.

Reality TV star and Tory leadership candidate Kevin O'Leary is alleging "widespread vote rigging" in the contest to replace Stephen Harper as the next permanent leader of the Conservative Party of Canada.

O'Leary made the accusations in a statement released Thursday in which he accuses "backroom organizers" of using prepaid credit cards to sign up "fake members." 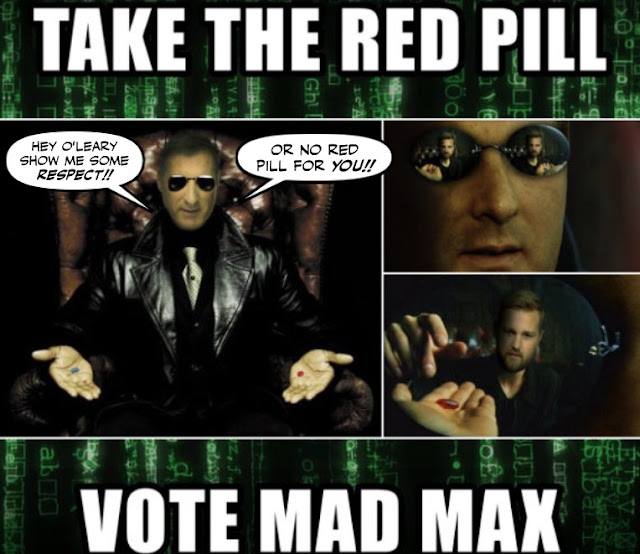 The Conservative party is investigating allegations that leadership candidate Maxime Bernier’s campaign breached contest rules by signing up members without their knowledge, The Huffington Post Canada has learned.

And pleading not guilty.

Reached on Thursday evening, Bernier said he had never heard of such allegations and suggested such accusations must signal that the reality TV personality’s campaign is in trouble.

While Kellie Leitch, aka Miss Maniac, or the Lady in Red, opens fire on Mr Wonderful...

Screams in her mousy way that she's the REAL bigot...

When it comes to the irregular border crossings I have been clear. They should be detained, questioned and sent back immediately. #cpcldr pic.twitter.com/yJXnrZlYKD
— Kellie Leitch (@KellieLeitch) March 6, 2017

While others wonder what planet she came from... 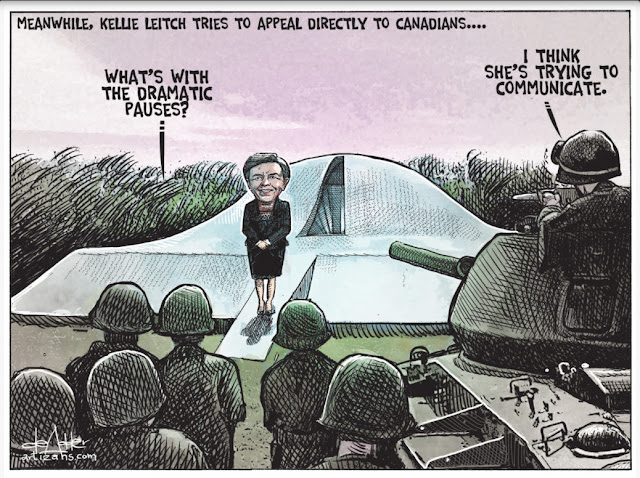 And no doubt some Cons wonder whether now might be the time to get out of town in a hurry. 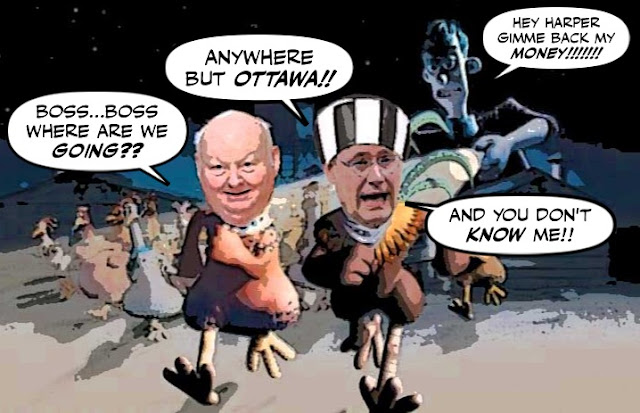 But yes, it is a sordid spectacle. There's nothing quite as filthy as the sight of Cons playing dirty.

Or the sight of Kellie Leitch being forced to cool her passion for Ezra Levant's disgusting anti-Muslim AND anti-semitic Rebel. 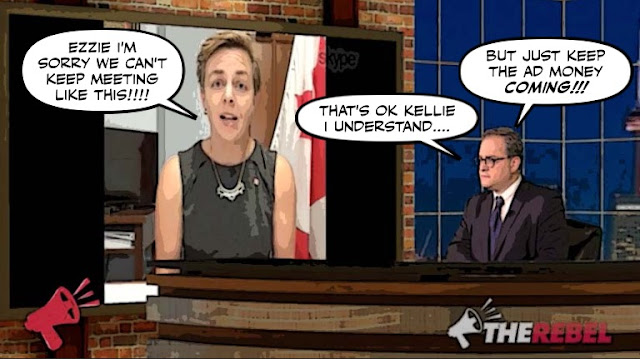 McInnes said in a video after a recent trip to Israel, which he calls a “brainwashing” trip, that he’s “becoming anti-Semitic.”

After spending a fortune running ads all over its coliform content...

And of course, none of the above is going to help the Con's slim chances of forming a government. 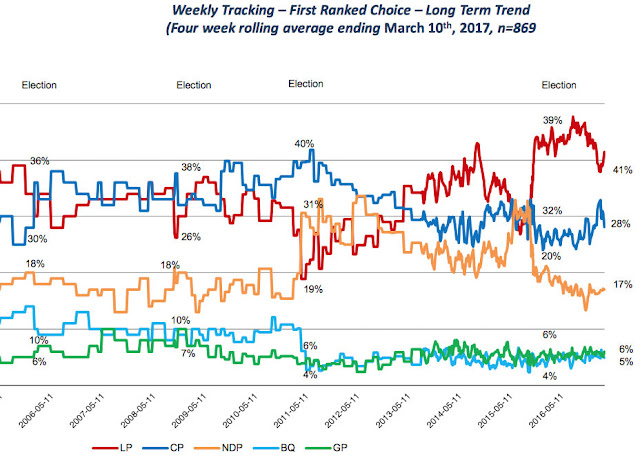 The Con leadership race is now a sleazy farce.

None of the candidates is fit to govern this country.

And because of that, Justin Trudeau is going to be prime minister for a long, long, time... 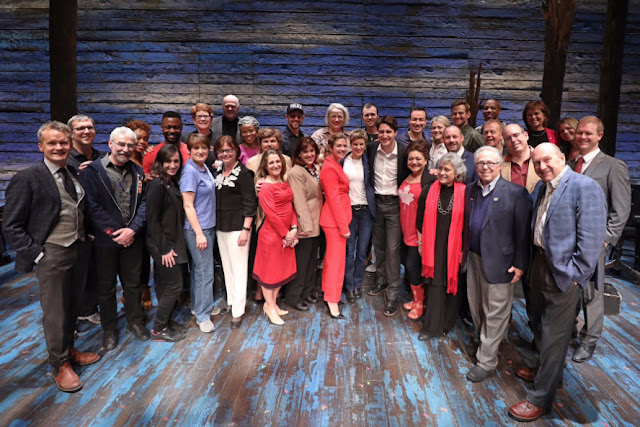 Ah O'Leary and Bernier in the lead. Sounds about right. A conspiracy-crazed American* and the somewhat accident-prone Bernier. Let's hope for the best and that Bernier's handlers can keep him away from former biker chicks.

I loved Leitch's statement about interviewing every visitor to Canada. I grabbed a list of just the top 15 countries and we had over 16 million visitors (actually trips) from them alone.^ Assuming we need to interview a person on each visit.... She seems to becoming a bit more scattered/desperate all the time. If we do the math,I think her idea might come close to wiping out unemployment in Canada given the number of interviewers we would need.

* There was a video of O'Leary wonderingly saying that he was in Ottawa and "it was snowing". Still he was going to go up to Capital Hill and talk to people. I think he is seriously geographically challenged.

Trudeau is a globalist shill who is trying to bankrupt Canada. He's a damn commie just like his father.

Whoa! Someone just woke up on the wrong side of history.
JD

I am glad you are maintaining your normal grasp of reality.

OMG, could this get any worse? Surely the Conservative party of Canada can find some one, O.K. Chong is fine. Lisa Raitt might be o.k. but the rest of them not so much. this is not a good thing. This party represents thousands of Canadians. They need to do better. For a democracy to function well it needs at least 3 vibraint and functioning political parties. geez. Can some one fine out if Joe Clark is available in his retirement.

I'm betting O'Leary anonymously bought the fraudulent memberships, tacked his rivals names on them and is now portraying himself as the only leader who would sniff out corruption. Seriously, who would do this knowing they'd look guilty with an inordinate amount of fake memberships supporting them.
I smell a baldheaded rat Simon.
JD

Does she realize the most dangerous and un Canadian values are held by right wing religious zealots? Terrorism, honour killings, sex selective abortions, forced arranged marrage, sexism xeno &homophobism and refusal to acknowledge the supremacy of secular law are by and large the unwanted characteristics that belong to them.