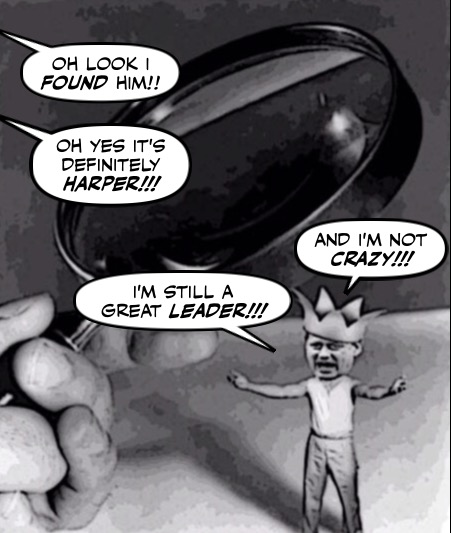 Few people know where Stephen Harper is or what he is doing these days. He's disappeared from public view after his humiliating defeat.

Or is now so shrunken in stature he can't be seen with the naked eye.

He's fading from our lives, and even vanishing from the internet.

Now his twitter feed has gone down down the memory hole along with Great Leader... 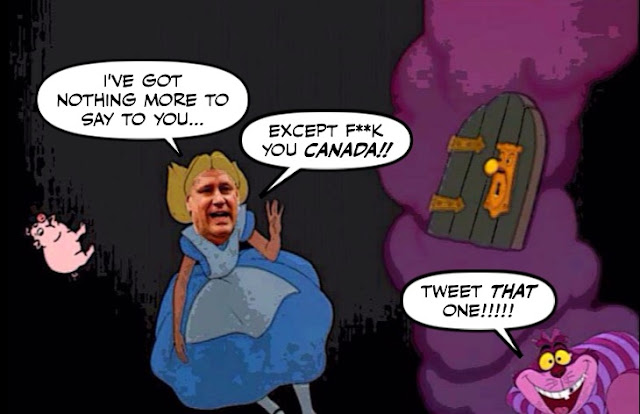 As for his porky action ads they've gone silent as well.

And now it seems that the Con propagandists who tormented us the most have also been fired...

Which is just as well eh? Because if I heard that guy say MAREEWAAAHNA another five hundred times, I think I would have gone CRAZY.

But of course, it's easy to laugh now. But we should never forget that the Cons spent billions of their money and our money trying to brainwash Canadians to a degree never seen before in this country.

And for that they should never be forgiven. For it was both an all-out assault on our intelligence, and our democracy... 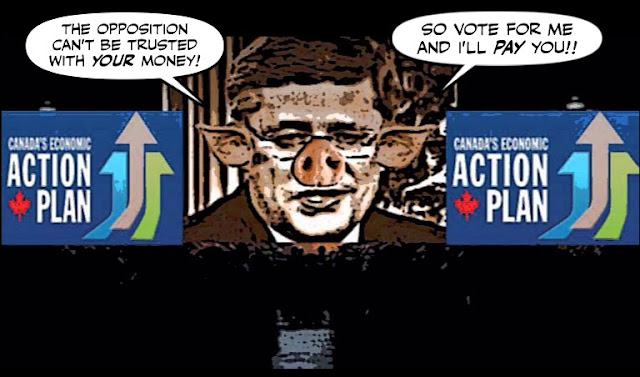 But the good news is that Harper's massive propaganda offensive, the one the MSM said would destroy his opponents, failed miserably.

And despite the gazillions of dollars he spent trying to improve his own image.

In the end he was revealed as the leader he always was... 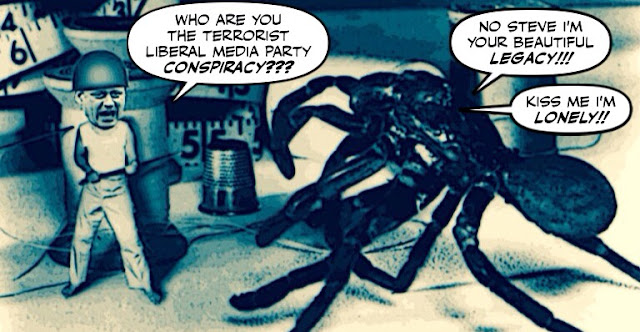 A shrunken, grubby leader with no moral compass, who thought he could brainwash and lie his way to victory.

A maniac if ever there was one, who can't vanish soon enough.

And the worst and most depraved prime minister this country has ever known...

"Now his twitter feed has gone down down the memory hole along with Great Leader..."

But I so thankful Harper's abandoned chinchilla (Charlie) is still tweeting! Who is feeding him? The security guards?

.. be sure to check on the whereabouts of the mysterious Ray Novak as well.. and for sure the other illustrious Harper enablers a la Stephen Lecce, Arthur 'last breath' Hamilton, Jenni Byrne, Guy Giorno, Ken 'firewall Alberta' Boessenkool... and creeps like Peter Kent, Gail Shea, Joe Oliver, Keith Ashfield etc... the PMO .. you know, the ones who thought attacking Canada's Environment, Species & Habitat was a holy mission

If Harper isn't called to testify at the Duffy trial, which resumes Nov. 18, then I expect he's going to announce in Jan. or Feb. 2016 he will step down as MP (Calgary Heritage riding). He will have a nervous breakdown if he can't enter and leave the House of Commons by back and side doors like he's done for over 9 years!

How about encouraging Donald Bayne (Duffy's lawyer) to call Harper to testify!

He should offer his services to the Donald.

About as much reason and truth bellowing out of that guy's cakehole as even the most under-educated god-fearing clad-in-a-grubby-T-shirt-concealed carrier follower can take. In other words, a typical Harper crowd looking for a guy with a decent haircut and a polite way of acting like a demagogue.

Would make him Canadian Export Of The Year.

he will simply recede into our memories, like a bad family reunion. he will re surface, at some later date in a nice job somewhere or teach at some right wing think tank. Personally don't care what he does, he is out of my life.

Now as to the marrrryyyyyywannnha, out here in B.C. the Nanaimo, RCMP most likely have not heard we have a new federal government. They served notice to all M.J. dispensaries, that if they did not close their doors in one week, they will be arrested and all assets seized. Now this maybe because the big corporate grow op is in Nanaimo and they don't want the competition, when M.J. goes legal or some Inspector at the Nanaimo RCMP station is giving themselves a good by party but then the RCMP Inspector in the Comox Valley went on a power trip also, must be an Island thing. That Inspector "invaded" with his officers a long time peaceful Motor cycle rally, including gang squad members and a music festival a week later, sending them a "security" bill for over $3K when it wasn't necessary. Hopefully Paulson is replaced and the RCMP goes back to being a police force and not, in my opinion, a political enforcement organization.

hi anon... I'm sorry to report that the Harpers are taking Charlie with them. No doubt as a hostage in case Steve is summoned to the Duffy trial. And I fear that once they clear that hurdle, Charlie could end up as a warm pair of gloves, on Harper's cold dead hands...

hi salamander...you can be sure I will be keeping tabs on Harper's beloved Robin, who from what I have read was the last Con in the bunker to defend his beloved leader. And bitterly attacked some of Jenni Byrne's gang for what he called treason. I have extensive files on all of those collaborators you list, and will be following the trial closely...

hi anon...yes I wouldn't be surprised either. According to a recent Globe article he stands to make a fortune in the business world. Unless of course he is still so attached to the idea that the Cons are HIS party, and he thinks that by just hanging around as an MP he can still scare his sheep into doing what he wants. At which point one can only hope he faces either a rebellion or an intervention...

hi anon...wel that does seem to be the only political job he could hope for. And they would make a good pair, swapping helmet heads, and talking crazy...

hi e.a.f... I think I might need shock treatment to get him out of my mind as easily as you claim you can do. As far as I'm concerned he's still a criminal at large, and I will not relax until I can be assured that he is not preparing to elect and pull the strings of the next Con leader. As for the marijuana situation in BC, if it's bad there I can only imagine what it's like in the rest of Canada. And yes it is all reefer madness....

Simon, I learned at an early age to put things such as harper out of my mind "easily", but I also learned a "leopard never changes its spots" and to watch people like harper very carefully.

its like enjoying good health when having recovered from an illness, but taking our vitamins on a regular basis, just in case. but truly, the Cons and Harper are out of my mind. I'm enjoying this time right now. I am a believer in that line, if we do not learn from history, we are bond to repeat it.

I'll bet HE was in France, organizing the terrorist attack !!