The Paris Massacre, the Children, and the Flowers 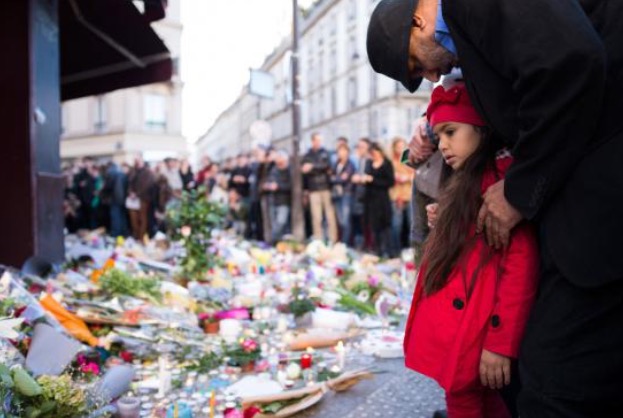 It's hard enough for an adult to understand the horror of the Paris massacre. Or how some people can be so cruel and vicious.

So imagine being a parent in that city, and having to try to explain that horror to children.

So I have to say I thought this dad did a really great job.

Beautiful. Talk about a candle in the night, or a flower in a desert.

Teach the children to love flowers instead of guns.

And value love not hatred.

And hopefully one day they will lead us out of the darkness and into the light... 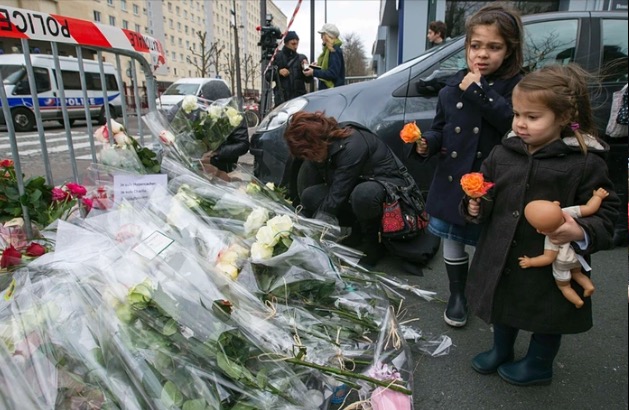 Wow, out of the mouths of babes eh? That dad was amazing. I'm tearing up dammit!

Oky, Simon. Fair is fair. Now you have to give equal air time to all the atrocities that the french have either authored or co-opted so as to make sure that the scales are even.
There has been a hell of a lot more people killed by the french in their failed colonization effort in Viet Nam or did we all suddenly forget that they got their asses handed to them right before the u.s. did in that same country? Nobody yellow was ever killed or tortured by them, right?

Beautiful, Simon.......thank you for sharing. xo

Yes indeed. And how many civilians have been killed by French airstrikes over the past year against IS? And what a grand job they managed in Algeria. So now we get a fake declaration of war which was already underway, the media act as if one western life is worth a thousand "savages", we are whipped up into a righteous froth for no sane reason I can imagine to go out and get the enemy, collateral damage be damned. Utterly racist from beginning to end. And then we get intellectual giants like Wall from Saskatchewan mouthing off about refugees showing that the treatment of indigenous peoples in his province in the past was no mistake from the Christian white man's POV.

The situation is now utterly hopeless.

Anonymous 555, I suspect most people visiting this blog are aware of French colonisation of southeast Asia. But of late there has been a very creepy narrative that is a caricature of anti-colonialism and anti-imperialism. Blaming ordinary people. This did not exist when we were protesting against the (first French, then US) war on the Vietnamese people. Perhaps because people like you have lost sight of the class struggle, and the concept of working-class internationalism?

After being threatened by ISIS, Haneen Abed and her family fled from Iraq, ending up in Jordan before coming to Canada four months ago. She's now settled Prince George. Haneen tells us what she makes of the city, and her journey to get there.

I'm embarrassed and sickened by MP Candice Bergen.
What happened to the "new respectful tone" the Cons are supposed to have? I guess Rona Ambrose is incapable of reeling Bergen in.

hi anon...yes that dad was really amazing, and the kid couldn't be cuter. And it's important to shine a light on the good things at a time like this one....

hi anon...listen I'm aware of France's hideous colonial record, from Devil's Island to Algeria. And I am no fan of the Great War on Terror. But all I was trying to do in this post is celebrate a great human moment, and we all need more of that...

hi kathleen...my pleasure I'm glad you liked it. I did too. I'm finding it hard to deal with that horrible story, and that little human vignette really made my day....

hi lagatta... you know a big part of the problem is that Hollande has had to inflate himself up to counter the racists from the National Front, and his belligerence has only made things worse. I fully understand the need to go after the terrorists who commit acts like those, but his plans to mount another massive bombing campaign can only make things, and play into the hands of ISIS. The French should be resolute, but not let rage blind them, lest they make the situation even worse....

hi David...yes that really wasn't very nice of her, and like Rempel she should really avoid tweeting late at night. But I think Trudeau's popularity and the fact she lost to Ambrose have made her bitter. And as I pointed out in the post, she is sick of Trudeau after only ten days in office? How does she think we feel after ten years of Harper?