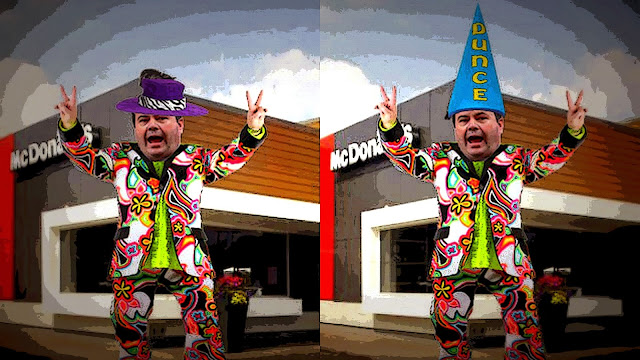 It seems that Jason Kenney has been forced to replace his fine feathery foreign workers pimp hat, with a very ugly, but suitably Con blue, dunce cap.

Because not only has he blown another hole in his fraudulent claim that the only reason he flooded the country with foreign workers was because there is a serious labour shortage in Canada.

The federal government approved thousands of requests to bring in temporary foreign workers at minimum wage in recent years, a practice that undermines claims from government and employers that there are serious labour shortages and that all efforts have been taken to hire Canadians.

He's totally demolished his desperate plan to try to win brownie points as the guy who can fix the problem, he created.

You know, grow turd blossoms as they call them in Texas... 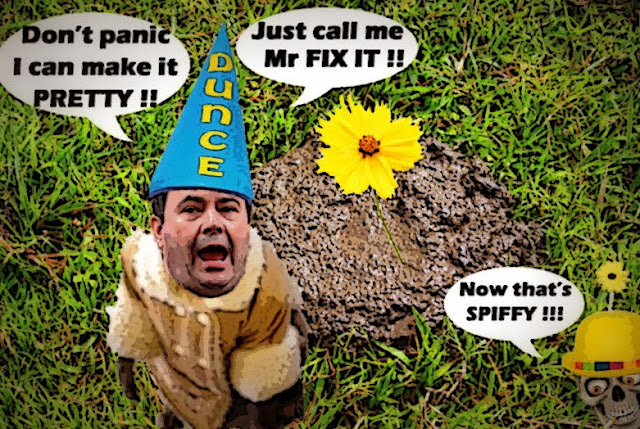 But unfortunately for him, the Con dunce's proposal to try to fix the problem is so outrageous, one must seriously question his SANITY.

One option would be to set a “wage floor” for temporary foreign workers that would be above the minimum wage and likely above the median prevailing wage. The government’s motivation would be to make the program less appealing for employers in low-wage, low-skilled sectors.

Because it would mean Canadians could end up doing the same lousy jobs as foreign workers but getting paid even LESS than them. !!!

But then of course Kenney is DESPERATE... 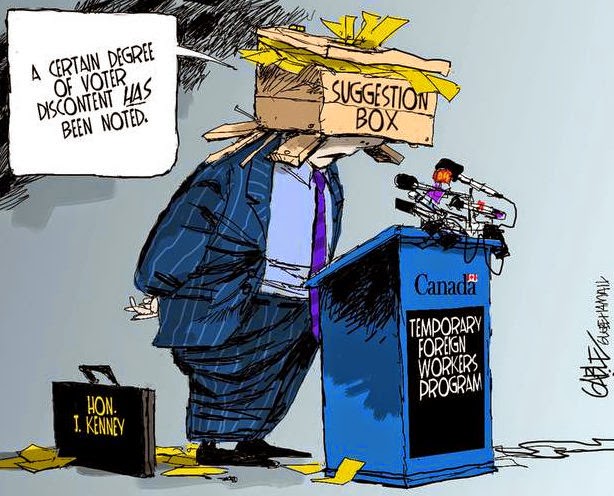 The foreign workers scandal is getting a lot of Canadians REALLY angry. He must know that it's an issue that could KILL the Cons in the next election. And destroy his chances of replacing Stephen Harper.

So when the ex-Con Brent Rathgeber asked him why he's discriminating against Canadian workers.

Kenney could only reach for the closest metaphor.

”I’ve heard some bizarre things in this debate,” Kenney responded. “But that takes the cake.

Because now it's CAKE... 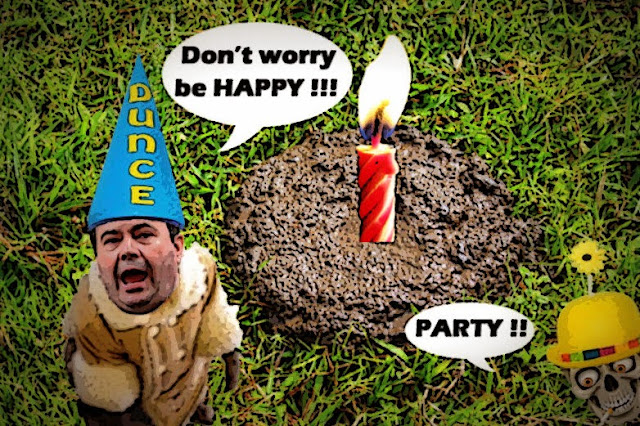 If there are shortages in particular areas of the labour market Mr Speaker, employers should be paying more to get Canadians to do the work."

The idea of Kenney as a champion of Canadian workers.

When it's clear that Kenney and those employers have spent the last eight years working together in a giant conspiracy to drive down wages, and turn us all into SLAVES.

And the good news, as I can't help repeating, is that Kenney is now trapped between those angry employers he got addicted to cheap labour, and millions of angry Canadians.

Neither him nor his Great Leader, who would pose as a patriot, will escape this devastating scandal... 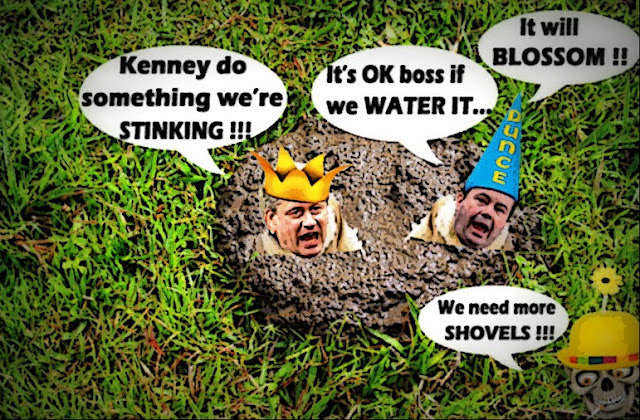 Make sure we smear that ghastly cake all over their sellout faces all the way to the next election.

Their shameful betrayal will condemn them.

And their turd blossom will help destroy them...

Has anyone noticed harper defending Kenney? (I haven't. But I haven't been paying attention.)

The Stain spreads to sci fi.

On a brighter note . . . to make sure that we don't see harpie's idiot-bastard son, whodat, get to be grand poobah of Ontario, I, usually a staunch NDP kinda guy, am voting Liberal this time. I was somewhat astounded to see the p.c.-type attack Horwath leveled at Wynne (who I am not a fan of, necessarily) in the recent debate and don't think I want to see Horwath get my vote just so she can help set up a "coalition government" with her new b.f.f. whodat so she can get a bigger backdoor paycheque. The Libs stink but not as bad as the new NDP.
I somehow don't get the connection between Horwath's and Layton's conceptions for the party. I might be wrong but fuck it! It isn't what the fuck I voted NDP for and I'm not starting to support the new con-NDP party. Better to sleep with the enemy you know than give Horwath a longer leash to strangle us with.

It's gonna be okay, Simon. Kenney is off to Bilderberg in Copenhagen to find out how to do things the right way!
http://www.infowars.com/official-bilderberg-2014-membership-list-released/

best way to get a decent job...

hi thwap...Harper has answered a couple of questions aimed at Kenney, but most of the time he seems to be content to let Kenney twist in the wind. I imagine it's because he figures a little heat might cool down Kenney's leadership ambitions. That's how those mobsters think...

hi Steve...thanks for that link. It's simply outrageous how some of the forces of authority in this country are acting in the name of the Con regime. As if their enemies were also the enemies of Canada. It's deeply disturbing and it will only end the day this mad cult is defeated...

hi anon...I will be voting for the party in my riding most likely to win, for with the monster Hudak looming I don't want to risk splitting the vote. Although I usually vote for the NDP, on this occasion I wouldn't mind voting for the Liberals because I believe that their pension plan is not only a good idea, it can be used to great effect against the Harper Cons. None of the progressive parties inspire me, but I am a firm believer in harm reduction...

skull is so cute in his yellow cap and flower. Can I date him?

O.K. to matters at hand. The Canadian Press reported yesterday the national restaurant owners p.r. group was asking Kenny to stop this business of no foreign workers. If he didn't stop the moratorium, they'd go out of business. Yes, go out of business.

It was interesting to note that some of the areas in Canada, where it is most difficult to find employment, they have FTWers. What it really boils down to is, employers refuse to pay decent wages and treat their staff with some dignity. People either don't accept the positions or they leave shortly after they start. There is a list of the top 100 companies in Canada to work for. Most provinces have one for their province also. Employers who can't find workers ought to have a look at the lists and see what qualities these employers have that make them some of the best employers in Canada to work for.

The reason all those applications were approved, to permit TFWers into Canada, was they fired most of the people who used to supervise the program. So while people wanted federal government workers gone, now that they are gone, they are living with the results. Its like people want less taxes. So they get less taxes and fewer cops. Then they complain crime has gone up in their community. This doesn't just refer to Canada, but anywhere in North America.