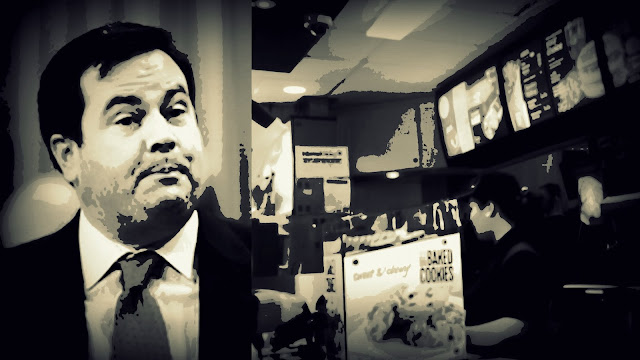 I've watched with growing anger how the Con regime has flooded this country with foreign workers, even though so many Canadians are unemployed.

I've watched them use the Temporary Foreign Worker's program to drive down wages and try to bust unions.

I've looked on helplessly as some of my own friends have been humiliated and turned into slaves, with no money, no hours, no job security, no benefits, no nothing.

But this is the limit, and enough is ENOUGH.

Sandy Nelson can't fight back the tears as she talks about losing her long-term serving job to temporary foreign workers. "How can that be right, that they're not Canadians? I'm a Canadian," said Nelson, 58, who worked at Brothers Classic Grill and Pizza [previously called El Rancho] in Weyburn, Sask., for 28 years

"How can it be that I'm the one out looking for a job and they're the ones that are still employed?"

Because I'm not ashamed to admit that after I saw that video of Sandy Nelson I also felt like crying... 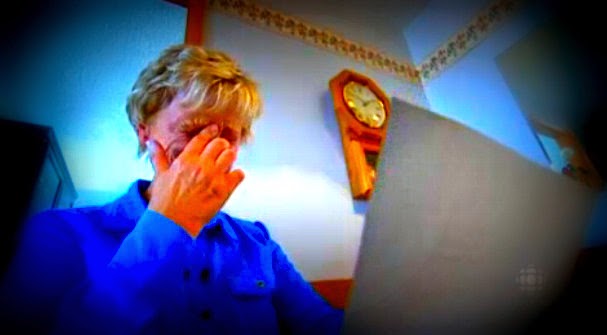 And then putting my fist through a wall.

For I'm sure some of my friends feel that way about the way they are treated, but are too proud to tell me.

And how could a Canadian business treat a 58-year-old woman so cruelly after all her years of faithful service? How low have we fallen?

Now let me make it clear, lest anyone misunderstand me, that I don't blame the foreign workers themselves. They too are exploited, and are mere tools in the hands of others.

I blame our greedy, and totally useless business class who would rather sit on their lazy asses and their piles of money, and suck up their juicy tax breaks, than create good jobs.

As their kind are always doing, with the help of Con enablers... 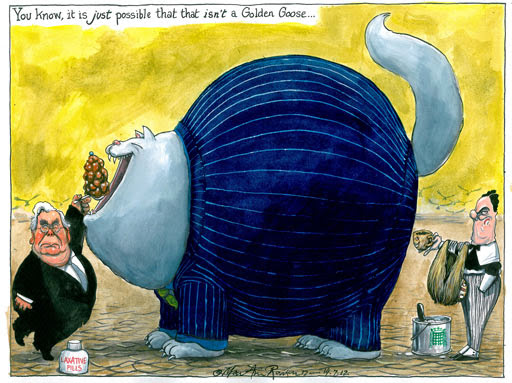 While having the bloody nerve to put down and humiliate our own suffering people.

Some Canadian employers are willing to incur the added costs of hiring temporary foreign workers because they believe they have a better work ethic than Canadian workers, says the president of the Canadian Federation of Independent Business.

And of course, above all, I blame Stephen Harper and his foul un-Canadian Con regime for servicing those grubby greedsters like PIMPS.

So when I see Jason Kenney pretending he's the solution to the problem, it makes me want to VOMIT. 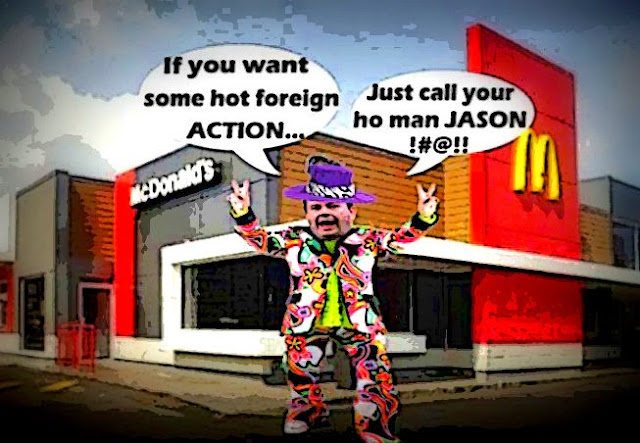 Employment Minister Jason Kenney has asked his department to investigate the Brothers Classic Grill and Pizza in Weyburn, Sask., a spokeswoman for the minister said Monday.

When as Minister of Immigration, and starting in 2008, he created the problem by flooding the country with more foreign workers than EVER... 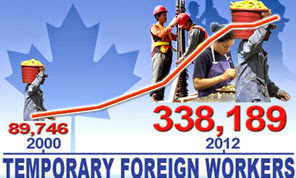 And all he's doing now is trying to save his useless ass, and putting sprinklers on his CRAPPY CAKE.

A bad idea is like a giant pile of excrement. You can use a stick to shape it into something that looks like a cake. But it's not cake.

Right now, federal employment minister Jason Kenney is apparently thinking about a ban on such workers in the fast-food industry. In other words, he's rummaging through his cupboard looking for chocolate sprinkles to pour on his crap cake.

Because this is true too:

A rising tide is supposed to lift all boats. But if you're one of Canada's unemployed, Jason Kenney is running around with an axe chopping the bottom out of your boat. And that's wrong. Time to put away the sprinkles and the sparklers and the icing and put Canadian workers first.

And the best news is that we can use this outrageous scam, and the righteous anger of Canadians, to help sink the Con regime.

For this is an issue even some in their dumb base can understand, as that Sun column shows only too clearly. And it can do them enormous damage.

So first I suggest we see if we can apply a TEMPORARY solution to the problem. 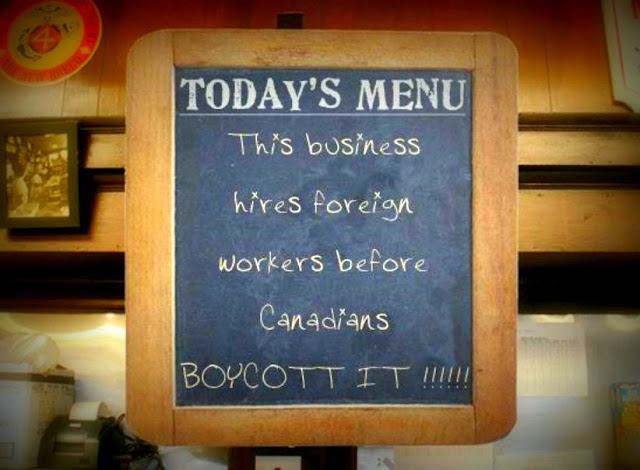 To see if we can embarrass our sellout business class into start acting like CANADIANS.

And then we suggest a more PERMANENT fix... 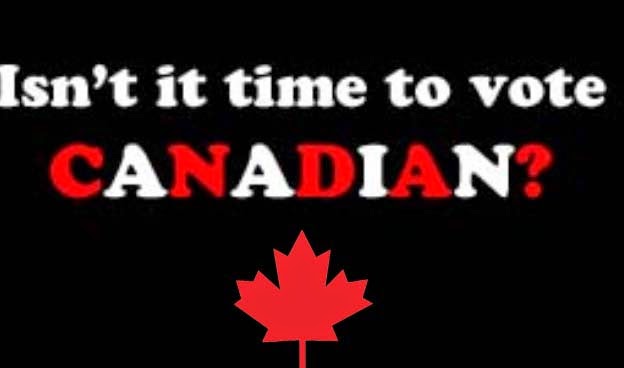 By firing the asses of that sellout Con regime and it's depraved leader. Who would pose as a patriot while turning his own people into SLAVES.

Damn. I like it. I was forced to waste a whole hour today, taking out my anger on a punching bag. But it was worth it.

Because now I can see clearly eh?

We have those Con pimps where we want them.

They baked that crappy cake.

And now they're going to EAT it... 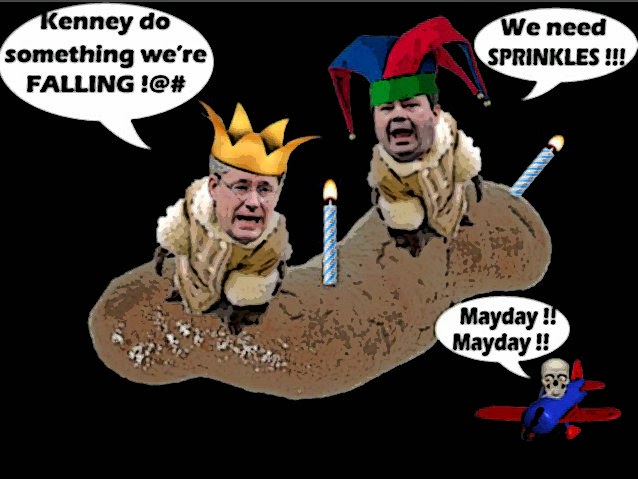 What about all of those people who voted for them thinking that they were anti-immigrant?

Pete, they are anti immigrant. They don't actually want the TFW's to stay here.

I may have to get a punching bag myself. It has to be better than beating my head against a wall. :>p

wonder how Kevin O'Leary justifies this crap?! he's all about working hard & making money...well these people worked hard for many years & got canned! this is obcene!!! I can't believe that after all the scandals, voter fraud, destroying the environment, scientist firing, trying to destroy veterans services and medicare & now this that any decent Canadian could vote for them.

There is nothing off limits for some to make more money. It's the right wing way to have a free for all. Individual, self disciplined people deserve to make as much money as they can and government red tape, taxes and wages just get in the way. It's quite easy to understand how their minds work. The TFW program is another way to enhance their profits. If stealing your wallet was legal, they would be doing that too. Look for this anti theft law to be changed in the next Omnibus Budget bill and if you can't hold onto your wallet and what's in it, well that is your problem.

hi Pete...yes it is ironic that the Cons are flooding our country with foreign workers when so many of their supporters are so xenophobic. But that can work for us as well. Anything that discourages their rabid base from voting can only help us...

hi anon...yes I've seen that Carlin video. He was so brilliant and what he said is still true...

hi anon...well it is better than beating your head against a wall, but not that much better. It is boring and I only do it when prompted by my rugged companion to try to save the furniture. ;) Half an hour on a bike is far more pleasant...

hi Lori...I'm sure O'Leary would totally approve. He wants wants foreign workers to help bust unions and lower wages, so millionaires like him can become even richer. I have to say that the CBC's decision to hire him was one of their worst decisions ever. The man is an absolute animal...

hi anon...yes the limitless greed of some people in our society is absolutely disgusting, and it is destroying our country and our planet. Money has never interested me beyond having enough to eat and a roof over my head. Which is just as well because I don't have much, but just what I need. And luckily the best things in life are free...

The only way I see in getting them to smarten up; is line them up , like they did in France, and cut their heads off with a guillotine

Pete, Warren Kinsella writes an interesting article about the Reformers/Conservatives after 20 plus years in Ottawa and how the "lived up" to their goals. Not so much.

It's their rabid base who likes the temporary workers. They don't become permanent in Canada, they can be sent back, and hey, they get to make more profits, which is what this is all about. These teabagging/reformers/conservatives just want to make money for themselves and don't care how they do it, as long as they get the money. It so funny that many of them think they are good Christians to top it off.

Harper, Kenny and those who hire temporary foreign workers aren't good Canadians, they aren't good business people, they aren't good Christians. They are a bunch of selfish idiots and no, his supporters won't vote him out of office. They maybe xenophobic, but they like money more. Money is their god.

Marginalization of white people in the same manner as South Africa????

I am anti racist but it seems similar