Nelson Mandela and What That Giant Meant To Me 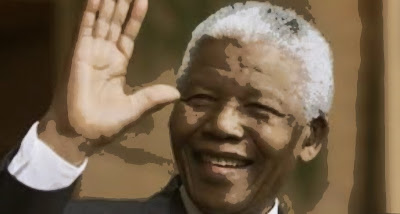 When I heard the news that Nelson Mandela had died at first I was sad, like billions of people all over the world.

For he was my greatest living hero, and somehow I had hoped that he would live forever.

“Our nation has lost its greatest son. Our people have lost a father,” South African President Jacob Zuma said in a sombre speech to the nation just before midnight, broadcast on all major television channels. “He is now resting. He is now at peace. ... Although we knew this day would come, nothing will diminish our sense of a profound and enduring loss.”

Then I was consoled that he had died at home surrounded by his loved ones, after spending so many years alone in a prison cell. And that he was at peace at last.

Because he had been suffering, and that wonderful smile had long faded... 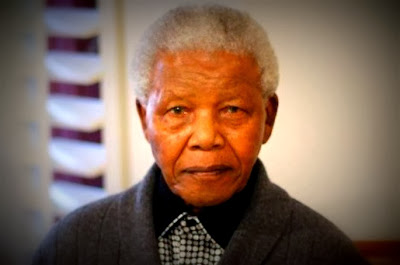 Then I was so proud of him, because as the first black President said this evening, Nelson Rolihlahla Mandela was a giant of humanity.

“Today he’s gone home,” Mr. Obama said. “And we have lost one of the most influential, courageous, and profoundly good human beings that any of us will share time with on this Earth. He no longer belongs to us – he belongs to the ages.

And then finally I was just overwhelmingly grateful to that grand old man for being such a wonderful human being, and for inspiring me, like he did so many others, to be a better person. For I can truly say that he helped shape my life.

Not just because he was such a fighter for equality and freedom, because I would have found my way to that battlefield myself. Being gay I had no choice eh?

Like him with his black skin I was condemned to be there by those who would make us less than them, and deny us our humanity, or try to humiliate us.

And I wasn't just grateful to him for inspiring me to try to be as strong and as dignified as he was in the face of his enemies.

The brutish racists who stole his freedom for so long... 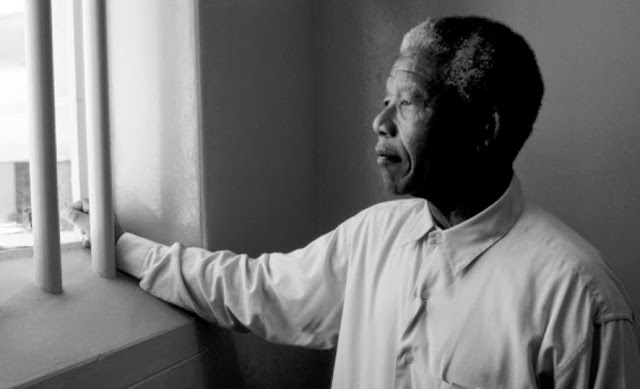 But also and above all for teaching me to forgive them, like only he could.

When Nelson Mandela arrived on Robben Island at dawn on a frigid, rainy morning in July, 1964, it fast became clear to the Afrikaner prison officials that he commanded great respect among the inmates, that he was a natural leader of the men. As a consequence, they singled him out for punishment and humiliation.

Other prisoners would later describe how, a few years into his incarceration, guards ordered him to dig and then climb into a grave-shaped trench in the prison yard. Mr. Mandela must have wondered whether this was the end. Then, as he lay in the dirt, they unzipped their trousers and urinated on him.

Many years later, an aide asked Mr. Mandela to provide a list of people he wished to invite to his inauguration dinner as president of South Africa. The great figures of the liberation struggle would be there, of course, but the sole name on which Mr. Mandela is said to have insisted was that of a former jailer.

Because I needed to learn that lesson eh? When I was in high school I was attacked  by bullies, so I was forced to learn how to fight them, even though I was a gentle boy, until I became as violent and as bad as they were. And was always getting into fights and into trouble.

Until Sébastien my companion, for whom Nelson Mandela is also his greatest hero, led me on a long journey to a more peaceful place, by among other things citing Nelson's example over and over again. And teaching me that there are better ways to fight the bullies.

However, since I'm not as perfect as Nelson eh? Who could be? I can't forgive all the bullies.

Like the ghastly leader of this country who couldn't even stand in Madiba's shadow. 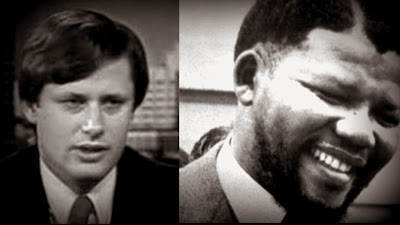 During his Reform Party days Stephen Harper and a number of up-and-coming Conservative politicians fraternized with openly pro-apartheid forces active in Canada. One such group was the Northern Foundation, which Murray Dobbin describes in his book on Preston Manning and the Reform Party as a pro-South Africa group formed in 1989 by an alliance of right-wing forces within or close to the Reform Party. Among its founding members were conservative ideologues like Peter Brimelow and Reform Party member Stephen Harper.

So great is his shame. So monstrous his behaviour. So shrivelled his humanity. So horrible the damage he has done to this country and its once proud reputation.

But I'd rather not talk about Stephen Harper and his bully Cons tonight. It doesn't seem right to mention them in the same sentence as a noble giant like Nelson Mandela.

Instead I'd rather remember that wonderfully human leader, his inspiring example, and his awesome smile, this way.

At a concert in Paris in 1999, when the South African musician and anti-apartheid activist Johnny Clegg, who also spent time in jail for defying the racist regime, was performing at a tribute to Mandela.

Only to have the great one join him on stage...

But his long and proud march to freedom is finally over. He is at peace at last.

His example will always inspire me, and give me strength to fight for a kinder, gentler, more just world.

And his memory will live FOREVER... 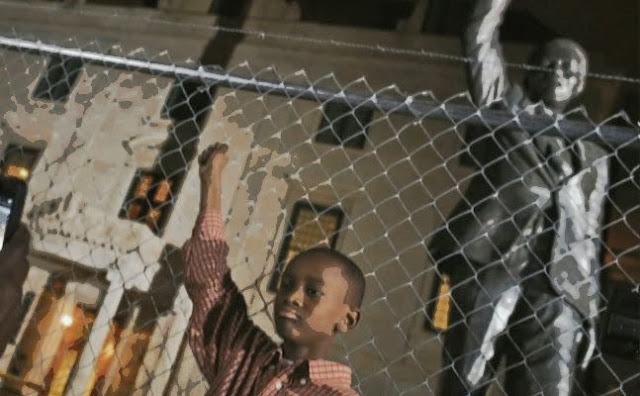 Nice for us that he lived on this earth at the same time we have, not every generation has the good fortune to witness first hand such a prime example of what a good and great person can accomplish.

Nelson Mandela exemplified the best of the human spirit and condition. What more really needs or can be said than that?

Nelson Mandela was the epitome of a statesman, a scholar and a gentleman. I do think its a little dangerous for his symbolism to hide his extraordinary abilities, that were practiced with the same ruthless necessity that will always paint someone as either a freedom fighter or a terrorist. Its a great study of the Great men creating history, or history creating the great man. Aside from pure mythology no real person has done more of what he had to do than Nelson Mandela did. We will never see his kind again.
http://thinkingaboot.blogspot.ca/2013/12/rip-nelson-mandela.html

hi sassy…yes it is a marvellous thing that he did live at a time like this one, this greedy grasping age, to show that nobility counts, and give young people someone to admire. The only thing that saddens me is that the racists stole so much of his life...

hi Scotian…that must be the most succinct comment you've ever written. ;) But yes, really, what more needs to be said….

hi Steve…I wouldn't say we won't see his kind again. We are going to need many men and women of his stature if we are going to save the planet. I'm confident they will emerge, but they will have to fill some enormous shoes...