OK. Let me be clear, as we say in Harperland. I ALWAYS thought it was a bad idea to make John Baird Foreign Minister.

I couldn't help but feel that he lacked the necessary diplomatic skills. I never believed him when he declared that the Cons were human rights champions.

Not after the way the Cons are muzzling them in Canada. And not after he declared that human rights were good, as long as they were good for business.

And sure enough I was right eh? 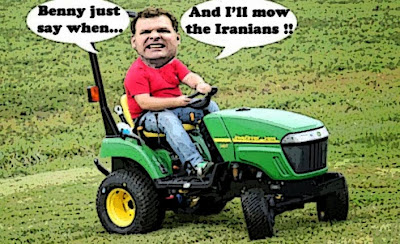 But when it comes to the case of Bahrain, well it's just balmy.

Canada’s “principled” foreign policy keeps running into problems in Bahrain, the Gulf monarchy that violently suppressed pro-democracy protests in 2011. When Foreign Minister John Baird visited the country in April, he made no public comment about Bahrain’s repressive practices, including the regime’s continued incarceration of democracy activists.

As it happens, Mr. Baird was back in Bahrain’s capital last weekend to address the Manama Dialogue, a regional security conference. In his speech, Mr. Baird rightly rebuked Iran for its human rights abuses. Once again, however, he refrained from publicly criticizing – or even directly acknowledging – Bahrain’s own lamentable human rights practices.

Because you know that backward Kingdom may have its….um…. troubles….

But business is BUSINESS.

The value of Canada’s military equipment exports to Bahrain rose from zero in 2011 to $250,000 in 2012. A quarter-million dollars is small potatoes in the global arms trade, but the fact that Canada has increased its military exports to Bahrain at this delicate moment sends a terrible message: If you violently crack down on democracy activists and toss them into jail, Canada will provide you with military equipment.

And the Cons seem determined to spread their own special brand of Christmas cheer all over the world... 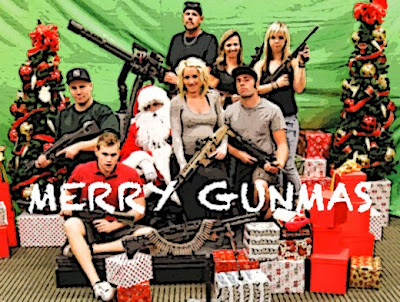 Which makes me wonder what the gun runner Baird is going to say to our new free trade partner India, about its outrageous human right's violations.

India’s Supreme Court has reinstated a ban on gay sex in the world’s largest democracy, following a four-year period of decriminalization that had helped bring homosexuality into the open in the socially conservative country.

And the answer is probably NOTHING.

Because business is business, the base is the base.

And they only wish the Harperite cult would do the same thing here.

Which leaves me thinking so much for the Cons as human right's champions eh?

And of course, when can we fire them?

Before they set the world on fire.

Before they shame us further… 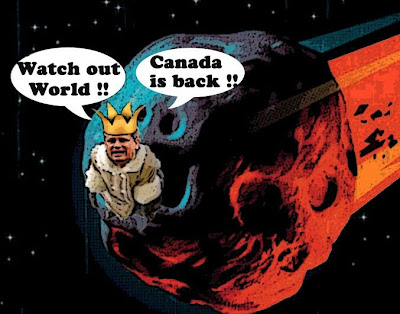 Canada used to be a respected soft power. Okay we are at loggerheads here, lets ask Canada what they think. No more, we are just special interest whores.

But I'm sure, Simon, that the human rights violations in the sacrosanct countries are much more humane, don'tcha think? ;)

hi Steve…I'm afraid you're right, the Cons are turning us into unprincipled whores, and cheap ones at that. It's unbelievable how much harm Harper and his Cons (and Rob Ford) are doing to our image abroad. We really can't get rid of them soon enough...

hi Lorne…Their actions are bad enough, but what makes it even worse is the way they claim to be human right's champions. That takes it into the realm of Orwell. And as for selling guns in the Middle East, that too is beyond belief, and morally comparable to selling crack to school kids. As I told Steve, as I tell everyone, we can't get rid of them soon enough….

Simeon, lets not forget China's human rights record. Iran is not better and no worse than the countries mentioned. Even people in Israel know that. Would just love to know what Nettie really things of Biard. Biard is not foreign affairs material, well not that the rest of them are either, but he is less desirable in the position than others. All countries have human rights issues. We need to clean up our own back yards before we get on other countries cases. That is not to say we should not encourage other countries to at least stop persecuting and killing those who are not like them.