Is Stephen Harper Working for the Americans? 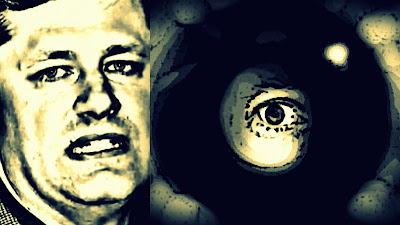 It's a chilling story, a dark tale of spooks and Cons, with a little bit of Big Brother, and more than a hint of treason.

And I hesitate to write about it eh? Lest my phone start clicking and hissing like Stephen Harper himself.

But all patriotic Canadians should now ask themselves this question: is Great Spooky Leader working for us or the Americans?

A top secret document retrieved by American whistleblower Edward Snowden reveals Canada has set up covert spying posts around the world and conducted espionage against trading partners at the request of the U.S. National Security Agency.

Because this isn't just a working relationship, it's a passionate affair, a reckless embrace.

The briefing notes make it clear that Canada plays a very robust role in intelligence-gathering around the world in a way that has won respect from its American equivalents.

Wesley Wark, a Canadian security and intelligence expert at the University of Ottawa, says the document makes it clear Canada can take advantage of its relatively benign image internationally to covertly amass a vast amount of information abroad.

A clandestine copulation that threatens to wreck our relationships with countries all over the world.

Wark reviewed the leaked document at the invitation of CBC News, and says he isn't surprised CSEC would be asked by the NSA to set up covert foreign spying operations. But he also points out it all comes with significant risks to Canada — namely, getting caught "can create huge diplomatic fallout."

Aside from compromising the actual intelligence operation, Wark says, an exposed spy mission can imperil Canada's other diplomatic operations — "the political contacts, the trade contacts, the generation of goodwill between the countries and any sense of co-operation."

It can only make us look even more like a rogue nation, or hapless stooges of the Americans.

And an operation this size could only have got the good to go from Stephen Harper himself... 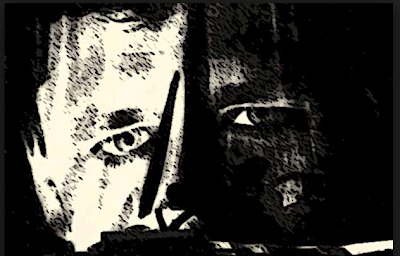 As a result of those risks, Wark says, approval for CSEC to establish a covert spying post at the request of the NSA would have to come from the ministerial level of the Canadian government — or even from the prime minister himself. "It's far too politically and diplomatically sensitive, and the consequences of being discovered are far too great, for it to be simply an operational matter for an intelligence agency," he says.

The man who would know everything, in his quest for TOTAL CONTROL.

The deranged right-wing extremist who would turn us into a police state... 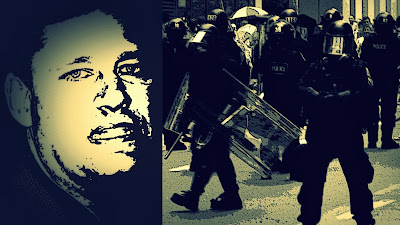 Could Harper be using foreign spooks to spy on his enemies?

Yup. I think we just found ourselves a new scandal eh?

Will Stephen Harper please explain why ANYBODY should trust him after this?

Will he explain why we should still consider this country an independent nation?

And when will Great Patriotic Leader finally reveal his true colours? 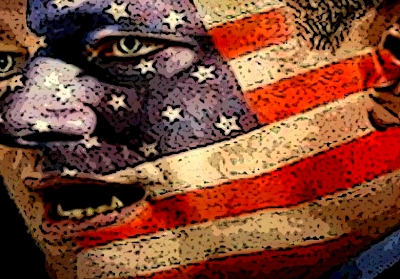 he's been worl]king FOR the 'murkans ever since he and the shrub and vincente fox signed the North American Union agreement and they started minting our new currency, the "Amero".
You didn't read the memo?

Harper is the anti Obama
http://thinkingaboot.blogspot.ca/2013/12/winning-by-losing.html

You think this is new? Let me guess you bought the old liberal fairy-tale about Canada, right? Oh you poor deluded fool.

He worked for china so if he is now working for the U.S.A. at least he is an equal opportunity "sell out". We could look at it like this, he has to work for some one and he isn't working for Canada/Canadians. Maybe we can get the Americans to pay his salary also.,

Not new and not a fairy tale. Just a tale of a corrupt government headed by a corrupt Crime Minister..fool.

Read of. Harper gives a speech in New York at, the Council of Foreign Relations. This was Sept 25/2007. Harper fully endorsed the NAU.

The NAU was supposed to be, the U.S. Canada and Mexico. Our currency would be, the Amero dollar. We already have, American police operating in Canada, exempt from Canadian laws. Obama is trying to have a health care plan hammered out, similar to Canada's. We know, Harper is going to slash out medical plan. It was said. Harper was looking at having Canada's cost of living, similar to the U.S.

Perhaps, what the Chinese aren't taking, the U.S. is. We know the corporations are demanding cheap labor. With the 3 countries merging? They would have a huge, very cheap labor pool.

I wonder who the actual deluded fools are Anon 9:37 AM. Its plain to me who is and its you.

hi anon…how could I ever forget the sight of Great Ugly Leader with Fox and company posing in a dashiki in the ruins of the Aztec civilization? His economic agenda has always been clear, but this police state integration is a new and present danger that must be resisted at all cost….

hi Steve…Obama may have his many flaws, but he is a giant compared to Harper who quite apart from everything else is a small grubby man who will leave, after we have replaced him, nothing behind him but the stench of his depravity...

hi anon…no it's not new, but the level of sophistication the spooks not operate at is new, and a growing threat to us all….

hi e.a.f…in the final analysis Harper is only working for his own foul and twisted agenda. But he knows that information is power, he would keep us in his darkness, and we will not be safe until he is removed….

hi anon…yes I'm familiar with all of the above, and the new threat is the new deal with the Europeans. Because to get it in a hurry he has sold us down the river again. Globalization is just a plan to make the rich richer and the poor poorer. And I have been against it right from the beginning….

hi anon…thanks for that. I may have many faults but I am no fool…um…most of the time… ;)