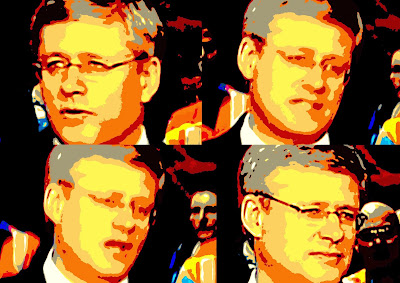 Well we know he believes the truth is what he says it is. Even when it isn't. We know he can tell one Big Lie after the other with a crooked smile on his face.

But this a whopper.

Stephen Harper is changing the story on how his chief aide left the Prime Minister’s office after it was revealed Nigel Wright personally bailed out beleaguered Senator Mike Duffy. Mr. Harper revealed Monday morning in a Halifax radio interview that Mr. Wright was fired from his job as chief of staff in the PMO.

"I think the responsibility whenever things go wrong is for us to take appropriate action,” Mr. Harper told News 95.7 Halifax. “As you know I had a chief of staff who made an inappropriate payment to Mr. Duffy. He was dismissed.‎”

Because that's NOT what he told us just four months ago.

In May, Mr. Harper said the repayment was Mr. Wright's "personal decision, and he did this in capacity as chief of staff, so he is solely responsible, and that is why he’s resigned." Mr. Harper added that he would not have approved of the bailout had he known about it. “Had I obviously been consulted … I would not have agreed, and it is obviously for those reasons that I accepted Mr. Wright’s resignation.”

And so soon after he admitted that Nigel Wright wasn't the only one in the PMO to know about the cash for silence deal. Once there were none, and then the message shifted. 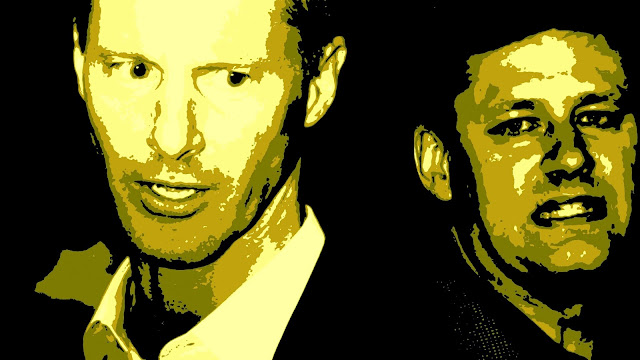 On June 5, Harper said definitively that no one else in his office was told what Wright was up to. "As I have said repeatedly, it was Mr. Wright who made the decision to take his personal funds and give those to Mr. Duffy so that Mr. Duffy could reimburse the taxpayers," Harper said. "Those were his decisions. They were not communicated to me or to members of my office."

When the Commons returned to question period on Oct. 17, with RCMP documents now in the public domain, the message shifted, subtly but significantly. The phrase "sole responsibility" was applied to Wright, rather than suggesting he acted alone.

And suddenly there were a FEW.

Because as Michael Harris points out in the court of the mad King, you're innocent until your proven embarrassing

First Nigel Wright enjoys his “full confidence” and won’t be resigning. Then he resigns in disfavour. Once Nigel Wright was just a good samaritan helping out a friend. Now he’s a guy who showed bad judgment, stiffed the boss, and deserved the boot. Initially, no one in the PMO knew of Wright’s strategic philanthropy. Now, the shorter list is of those who didn’t know.

And the double standard RULES.

All the while Dean del Mastro was under investigation by Elections Canada, the PM clutched him to his bosom as his parliamentary secretary. Presumption of innocence, you see. Del Mastro, the parliamentary equivalent of a Rottweiler, only got the flick from caucus after being charged with expense-cheating in a federal election. But PM Harper has not asked him to resign the way he asked Brent Rathgeber after he broke ranks.

And as for those who believe that it's more important to clean-up the Senate pig pen, than determine what Harper knew or didn't, maybe they also need a lesson in ETHICS.

The “Nigel Did It” narrative is horse balls under a parliamentary democracy founded on ministerial responsibility. As for the morality play some Harper puppets want to make of this, the wise words of Oscar Wilde apply: “Every saint has a past and every sinner has a future.”

And this sinner has a past  that reeks of HYPOCRISY...

Which at the end of the day leaves me wondering whether Great Ugly Leader is a compulsive liar.

Whether he is mentally and morally fit to remain in office.

Or whether because none of his flunkeys ever dares challenge him.

Or dares tell him he has no clothes... 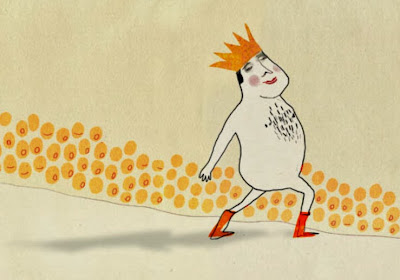 He can walk around with his ass lies hanging out, and think he can get away with ANYTHING.

And I think the answer is obvious eh?

I doesn't really matter why he is doing it. The mad king cannot be trusted as far as we can spit.

He has disgraced himself and his office beyond recognition.

And he must be DISMISSED... 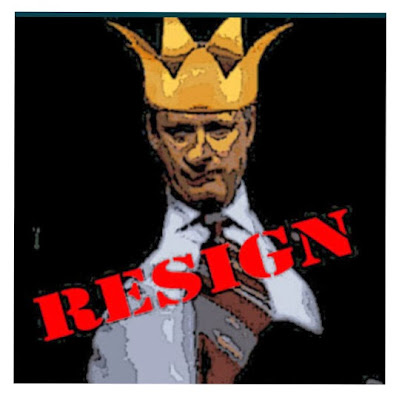 And will these flip flop be in fashion anywhere in the mainstream media, not

Maybe we'll be seeing nudges and nooses in Calgary with the current shitstorm caused by PM Shithead.

It might be a good idea to refer to them as the Conservatives as the Livestock Party. They certainly have enough bloody animals with the fowl, sheep and cattle that they have been keeping in cabinet.

Somehow his successor won't be as popular as Kim Campbell was. She may have been the first prime minister in the country, but we know that Mulroney was the one that sank her campaign.

I'm seeing something akin to what we had 20 years ago with the PC having been reduced to 2 seats in the House of Commons. Would laugh if the Conservatives voted to serve the Dishonourable Prime Minister his eviction notice from 24 Sussex Drive.