Is the Harper Regime Spying on the Brazilians? 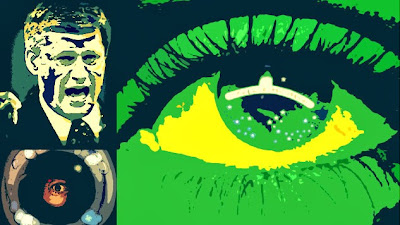 We know he wants total control. We know that he believes that the end justifies the means.

We know that Canadian mining companies are some of the most ruthless and rapacious companies on earth.

But did Stephen Harper really authorize the spooks at CSEC to spy on the Brazilians?

The report said the metadata of phone calls and emails from and to the Brazilian ministry were targeted by the Communications Security Establishment Canada, or CSEC, to map the ministry's communications, using a software program called Olympia. It didn't indicate whether emails were read or phone calls were listened to.

If he didn't, why isn't he denying it?

A spokesman for Prime Minister Stephen Harper would neither confirm nor deny the allegations when asked to respond to the report late Sunday night. The "CSEC does not comment on its specific foreign intelligence activities or capabilities," said Harper’s communications director, Jason MacDonald.

And if he did what was he thinking? Damaging relations with Latin America's biggest country, and a rising economic superpower. Has he lost his mind? Is he out of control?

But then of course we were warned. 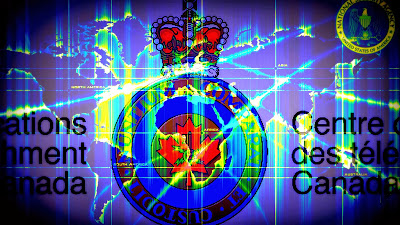 A former top U.S. surveillance official is heading north, to warn Canadians that they, too, could become susceptible to massive data-spying programs launched by their own government.

Warned about the close ties between CSEC and the NSA.

“They have integrated reps,” he said, referring to how the agencies swap personnel. He pointed out that they also share technology, such as a very powerful, recently revealed Internet-surveillance tool, code-named “XKeyscore.”

Warned about what it might mean for our democracy.

“Unless democracies wake up and start saying ‘We don’t want our government to hold this data,’ then they have a really good chance of losing their democracy.”

And if the CSEC spooks were willing to risk a major diplomatic incident with a country like Brazil, can we really believe them when they say they are not spying on Canadians?

CSEC circulated a rare statement last month reaffirming it does not eavesdrop inside Canada. Yet, records recently obtained by The Globe show that CSEC has been developing its own secretive programs to “incidentally” monitor at least some Canadian telecommunications traffic.

And of course can we trust ANYTHING Stephen Harper says?

And I think the answer is obvious... 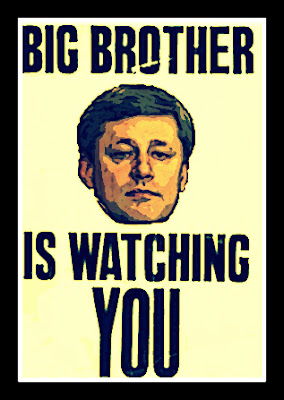 Slowly but surely Big Brother Leader is turning this country into a police state.

Slowly but surely he is dragging us into his sinister darkness.

Until the day he is DEFEATED...

.. into the bedrooms & living rooms of the nation they have crept and slithered ..
from their natural habitat of sewers, tailings ponds, war rooms and sold out media

We're fucked! Not only does the world think Canada's become a frigid banana republic but now they're going to think we're just a wannabe shadow of our sneaky, psychopathic, sociopathic 'murkan masters! Correctomundo on both counts!
As a shameless plug for another blog, go to "Shit haroer Did" and give a bit of cash if you can to help them put some new ads they have created on TV so as to bring to light the crimes harper and his cabal are committing every day in our names to 250,000 Canadians who only read the sun or watch corporate m.s.m. for their "news".

Canada's image on the International scene, can't become much worse. The World Bank has a list of 250 companies banned from global projects. 117 of those companies are Canadian. Romania had a protest against Canadian mines in their country. A south American country had a protest with 20,000 people, protesting Canadian mines in their countries as well.

Harper pretty much has alienated Canadians and other countries as well. Other countries detest Harper's bullying and his hissy fits when, he doesn't get his own way. At every meeting of Nations, Harper always manages to insult and anger every countries leader attending. We don't know whether Europe will relent and trade with Harper or not?

Canada has become a cesspool of corruption. Our countries name has been fouled and dirtied. Harper is the worst most corrupt PM, in the recorded history of this Nation. Harper's spying is of, no surprise to me. Harper doesn't care how low he stoops. Harper lies, deceives, is corrupt, thieves, uses dirty tactics, dirty politics and, he cheats to win.

Another hole in the hull of Harpo's sinking Con boat. What disgraceful and embarrassing behavior. Good on Snowden. Do Canadians want their tax dollars paying for corporate industrial spying overseas? This is something we've cautioned China about. So who makes these stupid decisions and who are they serving?