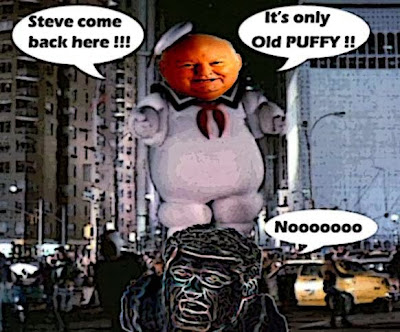 OMG. Can you believe how this sordid Senate scandal has become a real horror movie? And Stephen Harper's worst nightmare.

Well, that was edifying. The Conservative government and one of its senators would appear to have spent the better part of the last year discreetly blackmailing each other. Now they are doing so openly.

And even Andrew Coyne can figure out that this wasn't the work of some lone PMO operative, it was a vast CONSPIRACY.

Contrary to the picture the PMO has put about, of a lone Wright, acting on his own and without consultation, suddenly deciding to pay Duffy’s expenses out of his own personal fortune, Duffy offers further evidence that it was part of a sustained exercise in damage control of which a good many top Conservatives either knew or took part, among them — according to Wright’s lawyers — three officials in the PMO, including Benjamin Perrin, then the prime minister’s legal counsel.

This is not only contrary to what the prime minister told Parliament in the spring — in question period Monday, he appeared to concede that, saying (in French) that his answers were “according to the information I had at the time” — it defies common sense. It is, on the face of it, illegal to make under-the-table payments to senators; whether or not a crime was committed here, it would surely raise all sorts of alarm bells among those who knew of it. Yet no one told the prime minister? Not even his own lawyer? 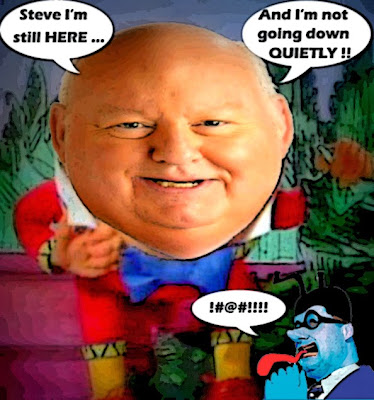 What game is Duffy playing? His lawyer made several pointed references to the mountains of emails in his possession, yet refused to release any, saying they would come out in the event Duffy’s case goes to trial. It was hard not to pick up the suggestion they might stay unreleased if… if what? What does he want? What can the government give him? Who’s blackmailing whom?

Because he knows so many juicy stories I bet he could bring down half the Con caucus eh?

And let's be clear. If Duffy's story is true, Stephen Harper's isn't. And if it isn't then he has a REAL problem.

Did Prime Minister Stephen Harper lie to the House of Commons about the backroom dealings between his chief of staff and Sen. Mike Duffy?

Last spring, Harper said he didn’t know about the deal between Nigel Wright and Duffy to repay more than $90,000 in inappropriate expense claims. He also said that no one in his office knew about Wright’s decision to write the mysterious cheque

But there is a problem with that statement, one that led the NDP last Thursday to propose a motion that could lead to the prime minister being found in contempt of Parliament. The problem is that Wright’s lawyers told the RCMP that he did tell other members of the PMO staff: his assistant David van Hemming, Chris Woodcock, the PMO issues manager and Benjamin Perrin, Harper’s legal counsel. Sen. Irving Gerstein, chair of the Conservative Fund Canada, was in the loop.

Because all of the above, makes it almost impossible to believe that the control freak Harper didn't know what was going on in his own office.

And if his claim that he knew nothing turns out NOT to be true, he could be accused of orchestrating a COVER-UP.

And of course if Duffy knows that Harper knew, he has him over a BARREL.

So who knows who will have the last laugh.... 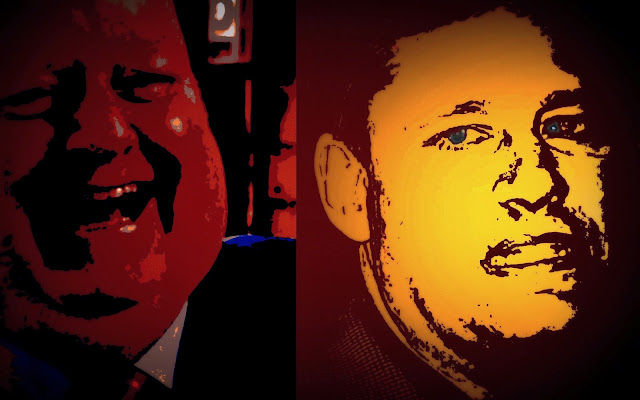 But what I do know is that it is looking more and more likely that this will be Harper's epitaph:

The fun is just beginning.

And the best is still to come... 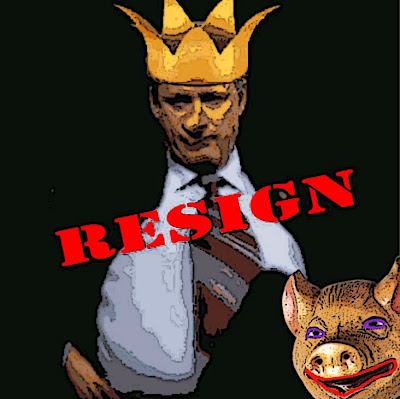 .. and lo ! trumpets heard in the distance .. cannon fire
beasts thrashing in the government .. and there overhead ! look !
they come.. the Black Swans to circle the disaster and confusion
they come only to signal defeat.. deceit .. & the shocking end to lies

Even if only half of what Duffy has alleged is true, it would appear to be gross negligence on the part of his former legal advisor, Perrin, not to inform Harper after Nigel had told him after what was going on. In that case, Harper would surely have sued his legal advisor or complained to the Bar Society about Perrin's incompetence/ negligence. Since that hasn't happened, most reasonable people have already concluded that Harper either orchestrated the alleged cover up or was aware of it or chose to be willfully ignorant.

The fun part is that even Harper is smart enough to know this thing is spinning beyond his control. He must wake up every day dreading what else is going to come out. As they say, Karma for a guy who couldn't deserve this more after the vindictiveness he had shown going after people who did not agree with his political agenda.

Remember the talking heads on TV (I think Tonda MacCharles of Toronto Star was one of them) who had claimed that it was to his advantage to postpone the Cons convention because of the Calgary floods. Once again, it shows that these people do not know what they are talking about most of the time. :)

He still has a majority in Parliament and in the Senate. He annointed the current CEO of the RCMP. He isn't gone yet.

Duffy might be better off to release all the information now, if it couldl bring down Harper. If he waits, the moment will have passed. If the 3 cons are tossed from the senate, the game is over, even if Duffy releases the papers/evidence. The trick is to beat the other to the final punch. At this point Duffy ought to know, Harper will continue with his story. Its up to Duffy to set the record straight and walk away. Harper has a national convention and 4 bi elections, two of which they could be expected to win. Releasing the duffy files at the convention would bo oh so much fun. It would likely cause the cons to loose 4 of the ridings, and with it a lot more. Then it will be up to the kid from Quebec or the old wolf from Quebec to get on with renewing Canada. They might to make sure Quebec stays in Canada, while they are at it.

There is evidently more honour among thieves, imprisoned bikers and drug dealers than among the current crop of governing politicians. Given the state resources at his disposal, Harper does yet has one card left to play -he could attempt to make the problem disappear along with Duffy. Even a lowly corrupt Montreal police detective somehow arranged to orchestrate the apparent jail break and subsequent "disappearance" of a Hells Angel biker threatening to bring him down with compromising revelations of corruption. So stay tuned for further inexplicable jail breaks and "disappearances" of imprisoned biker gang members and serial killers, all with one specific target and mission....